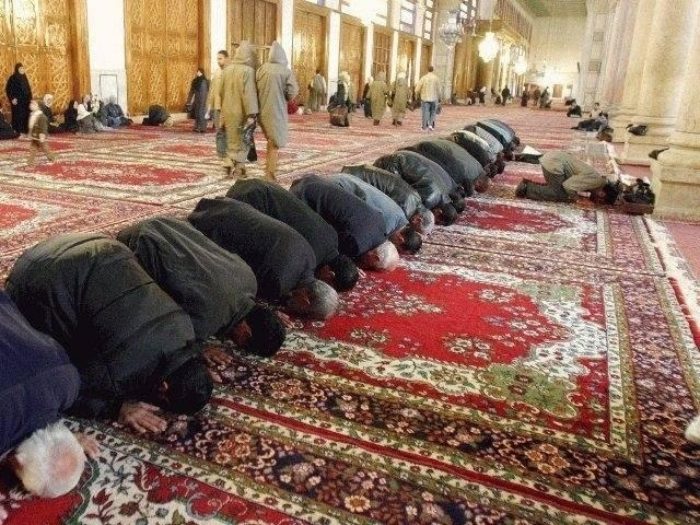 The Wheaton College controversy regarding Dr. Larycia Hawkins and her comments about Islam is gaining momentum not only in the United States, but also here in Australia, with the ABC publishing two articles on the issue this week.

The controversy relates to this statement made by Dr Hawkins on twitter in December last year,  “I stand in religious solidarity with Muslims because they, like me, a Christian, are people of the book”, and “And as Pope Francis stated last week, we worship the same God.”

Dr Hawkins has been suspended by the Council of Wheaton College, and discussions are being held regarding potential dismissal from her teaching position.

There are many issues surrounding this saga, but for here, I wish to offer comment on two of the questions: First, does it matter? Does it matter whether Muslims and Christians worship the same God or not?  Second, is Prof. Miroslav Volf right to use a Jewish view of God as a defence for the proposition that Muslims and Christians worship the same God?

Writing on The Drum, Ruby Hamad has bemoaned Wheaton’s position, referring to the ‘wildly disproportionate reaction from the college’ and  ‘it’s surprising that such a statement is even considered enough to raise an eyebrow.’

Hamad believes that Muslim and Christians do worship the same God:

“That the world’s three great monotheistic faiths worship the same god is, or at least has hitherto been, a mainstream position to take. Muslims accept it as a given, the Catholic Church has taught it since the Second Vatican Council, and Pope Francis – who Hawkins referred to her in her statement – reiterated this last November, when he said that “Christians and Muslims are brothers and sisters”.

As someone raised in the Muslim faith, I find it bewildering that anyone denies that the God of Judaism, Christianity, and Islam are indeed the same deity. Muslims are taught from a very young age that Mohammed is the last in a long line of prophets tracing back to Adam, and that includes Abraham, Moses, and Jesus.”

Leaving aside some fallacious rewriting of history whereby she claims that “three great monotheistic faiths worship the same god is…a mainstream position to take”, and her strange recounting of Islamic teaching whereby young children are taught that the Christian God is identical with the Muslim God, I want to make mention of the Trinity and its place in this debate.

Hamad makes a passing reference to the Trinity and to Christology, but apparently these basic tenets of the Christian faith are no obstacles to someone wanting to insist that Muslims and Christians believe in the same God.

Now, there are theological arguments at stake that require careful exegesis, and many a tome has been written attempting to consider God. Although there are ideas here that have stretched the greatest minds in history, the essence is simple. One person may be an expert in trigonometry, and another not, but a triangle is a triangle and both can identify it as such. My point is, there are basic theological convictions held by Christians that are irrefutably denied by Islam, and there is no meeting place in the middle.

Christians hold that that God is triune, one God in three persons. Muslims, on the other hand, insist on God being a monad.

Christians believe that Jesus is fully God and fully human. He is the eternal God, God the Son, the second member of the Trinity. Muslims believe Jesus was a prophet from God, but he is not God (and neither did he die on the cross).

It does not require a scholar to appreciate that Christians and Muslims have a vastly different view of God. Christians love, worship and serve God who is Father, Son, and Holy Spirit. The Quran explicitly rejects this God, and instead speaks of another who is monad. We can cast doubts on this clarity by writing lengthy and complicated essays, using lots of big words that no one understands, or, as Ruby Hamad has done, we can ridicule Wheaton College and suggest they are extreme, bigoted, and naive for holding to their beliefs. After all, none of us want to side with the stupid or the hate-filled!

Sometimes, though, differences are self-evident and irreconcilable.

But does it matter? Is it a big deal? It is certainly a significant issue if truth matters. It is a big deal for the many thousands of Christians in the Middle East who are being persecuted and threatened with death if they don’t deny Jesus Christ is God. And it does matter if a person’s identity and being is to be honoured.

Allow me to illustrate by speaking about my wife, Susan. Susan is a particular human being, with a particular personality, history, attributes, likes and dislikes, appearance, and so forth. If I call her Lisa or Stuart, she is unlikely to respond, given that her name is Susan. If someone asks me to describe Susan and I begin talking about a 24 year old 5ft 10” red head who enjoys motocross, eating mexican food, and works in real estate, you may want to question whether I know Susan at all, let alone being married to her.

Manufacturing false allegations about a person in public may make me open to a defamation case. Misrepresenting a person is demeaning and exemplifies either ignorance or incredible rudeness.

The caricature of Susan that I offer above is so far removed from the real Susan who lives and breathes and whom I love as my wife, it is nothing short of a fabrication; an unreal Susan. If it is respectful and right to represent a human being accurately, how much more if that person is God.

If God is real, it is only proper to describe him truthfully. If this God is holy and light and love and truth and sovereign and personal (as the Bible teaches), then it becomes all the more important that we communicate his identity accurately.

I now wish to turn to a second question, which relates to an analogy used by Miroslav Volf in his defence of Dr Hawkins view, an analogy that has since been repeated by others, including Ruby Hamad:

“This argument, however, is easily dispelled given that Judaism also rejects the trinity and doesn’t even acknowledge, let alone worship, Jesus as God. And yet, no one is proclaiming that Jews and Christians have entirely different gods”.

Is this analogy of Judaism valid? While this argument sounds lucid, it is in fact a logical fallacy, for the relationship between Judaism and Christianity is significantly different to that between Christianity and Islam.

There are not two different Gods in the Bible, one in the Old Testament and a different one revealed in the New Testament. That view is known as Marcionism, and it has always been rightly referred to as a heresy.

Old Testament Judaism did not reject the Trinity, it alludes to it and prepared the people for the full self-disclosure of God who is one God in three persons: Father, Son, and Holy Spirit.

Islam falls outside the parameters of Biblical testimony, and beyond fullness and finality of God’s self-revelation that is in and about Jesus Christ. If Judaism is an artist’s sketch, Christianity is the sketch being painted,  coloured and completed. In other words, Judaism leads to Christianity, whereas Islam rejects Christianity. That Mohammed borrowed some names and ideas from the Bible when writing the Qu’ran does not mean synergy of faith, indeed links are no stronger than those which Mormons have with Christianity.

Dr Al Mohler has offered this critique of Volf’s analogy:

“But this line of argument evades the entire structure of promise and fulfillment that links the Old Testament and the New Testament. Abraham and Moses could not have defined the doctrine of the Trinity while they were on earth, but they believed that God would be faithful to all of his promises, and those promises were fulfilled only and fulfilled perfectly in Christ. And, going back to John 8:56-58, Jesus said: “Your father Abraham rejoiced that he would see my day. He saw it and was glad … Truly, truly, I say to you, before Abraham was, I am.

Evangelical Christians understand that, theologically, there is a genetic link between Judaism and Christianity. That is why Christians must always be humbled by the fact that we have been grafted onto the promises first made to Israel. In terms of both history and theology, there is no genetic link between Christianity and Islam. The Qur’an claims that to confess Jesus Christ as the divine Son and the second person of the Trinity is to commit blasphemy against Allah.”

It is possible to believe in the true God and yet worship him wrongly, whether by attributing false characteristics and ideas about him, or by creating erroneous criteria for knowing him. But the view of God, as articulated in the Qu’ran and the Hadiths, does not fit into this category.

Volf and Hamad both argue that the real issue at Wheaton is not concern for God’s Being, but has to do with bigotry and anti-Islamic sentiments. I cannot speak for the Council of Wheaton College as I don’t know them personally and I certainly don’t have access into their hearts, but from what I have read, I have not picked up such a distasteful tone.

A true knowing of God will produce not only clear and robust convictions about God, but growing humility and thankfulness. For we do not own God. God is not our possession or our knowledge that is attained by some pseudo-superiority complexion. The God of the Bible is known only by grace, because of his incredible love toward defiant creatures.

Grace produces humble convictions and loving concern for our neighbours, even our Muslim neighbours who matter to God and ought to matter to us.

Image of Muslim men prostrating during prayer in the Umayyad Mosque, Damascus from Wikipedia

2 3 Ways Reading the Puritans Will Help You Thrive

3 A Christian’s Posture towards Pride Month and LGBTQ+ People

Real life Dementors are swooping around JK Rowling and they’re coming for you too. What did JK Rowling say to invoke such anger? She dared challenge the culture’s narrative JK...

The Best Advice I Ever Got on Answering Questions