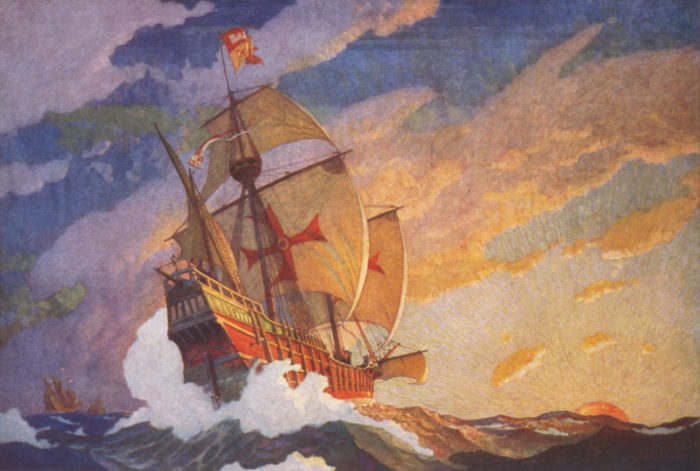 “That’s not what I expected.”

I’d been lazily browsing through the bookstall at a Christian Convention when a certain book caught my eye. It was an intriguing fantasy novel in the junior fiction section that I thought, my eight-year-old son might enjoy. The title was The Aedyn Chronicles.

Yet it wasn’t the genre, or the cover, or the presence of fiction at a Christian convention that was unexpected. It was the author: Alister McGrath.

Alister McGrath is not known as a fiction writer but as a theologian and apologist. He holds a PhD in molecular biology and has written a number of books engaging the works of scientist and atheist Richard Dawkins.

Why was Alister McGrath, a scientist, writing a junior fantasy novel? 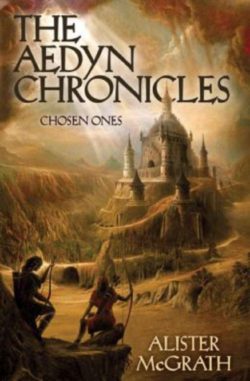 My mind went back to an apologetics conference I had been privileged to attend in Oxford the year before. There McGrath himself had made the startling claim that “Christianity needs fiction writers.” Because apologetics is about persuading a culture that our vision of the world is better, apologists need to find ways to translate the realities of the Christian message into forms that our culture can understand. One key way of doing this is by telling stories.

McGrath claimed that imagination demonstrates that life cannot be comprehended by reason alone. Rationality is not wrong, but it’s inadequate. Fairy stories can remind us of that fact by causing us to wonder and by raising deep questions that rationalism can’t deal with.

So Christianity needs stories – fresh reminders that there is more to human existence a series of accidental random processes. Christianity needs fiction writers (like C.S. Lewis) to keep presenting worlds of God-given value, meaning and purpose.

McGrath appeared heavily influenced by C.S. Lewis in his own storytelling. The Aedyn Chronicles involves two characters – one of whom is called Peter (!) – who go to a house in Oxford run by a professor (!), and enter an alternative universe governed by tyrannical rulers.

McGrath’s (Lewis’) insights on the value of the imagination and storytelling fit with Aristotle’s theory of persuasion. Aristotle proposed three arenas of persuasion: Logos, Ethos and Pathos. The Logos is the rational and logical element in an argument. Ethos is the trustworthiness or credibility of the persuader, and Pathos involves an appeal to the audience’s sympathies and imagination.

Our culture is heavily influenced by postmodernism and the rejection of an overarching meta­narrative – which suggests that we tend to be more persuaded by the Pathos elements than those of Logos. I think this is one reason that the ‘New Atheists’ have been very successful in convincing many young people to leave Christianity.

Consider the very first page of Richard Dawkins’ The God Delusion, where he asks us to imagine,

“a world with … no suicide bombers, no 9/11 no 7/7, no Crusades, no witch­hunts, no Gunpowder Plot, no Indian partition, no Israeli/Palestinian wars, no Serb/Croat/Muslim massacres, no persecution of Jews as ‘Christ­killers,’ no Northern Ireland ‘troubles,’ no ‘honour killings,’ no shiny­suited bouffant­haired televangelists fleecing gullible people of their money.”

Who wouldn’t want that? What a vision for the world. Yet it’s an emotional, rather than logical appeal. Despite his claims, Richard Dawkins is seeking to persuade people with Pathos. No wonder Dawkins has been successful and popular.

Yet I wonder if we have blunted our apologetics by failing to appreciate the power of imagination? Many responses to The God Delusion (rightly) focused on the rational arguments and claims made by Dawkins and other atheists. But few attempted to provide an alternative to the “story” told by Dawkins. They were attempting to counter an appeal to the imagination with cold facts.

Oxford Mathematician John Lennox touches offers a glimpse of a pathos response to some of the claims of modern atheists like Dawkins,

“Imagine a world with no atheism. No Stalin, no Mao, no Pol Pot, just to name the heads of the three officially atheistic states that were responsible for some of the worst mass crimes of the twentieth century. Just imagine a world with no Gulag, no Cultural Revolution, no Killing Fields, no removal of children from their parents because their parents were teaching them about their beliefs, no refusal of higher education to believers in God, no discrimination against believers in the workplace, no pillaging, destruction and burning of places of worship. Would that not be a world worth imagining too?” (Gunning for God p.83)

Unfortunately Lennox doesn’t expand on this extensively in Gunning for God – and I wonder if this is a missed opportunity. Mightn’t it have been more persuasive if John Lennox had told us a bit more about his own experiences; or shown us the abject failure of atheism in Eastern Europe?

By way of contrast, books like Rodney Stark’s (brilliant) The Rise of Christianity, or Greg Clarke’s The Great Bible Swindle, provide essential reading for apologists. These retell the story of Western Civilisation, showing the extent to which its successes were enabled by Christianity. As they remind us, so many things we take for granted in our world, human rights, democracy, charity, hospitals, universities, science, the abolition of slavery, the dignity and equality of women and many other things, were benefits brought by Christianity. We need to tell, not just the truth of the Christian message, but its impact.

The stories we tell

Part of persuading a culture is thus to tell good stories and no story is more relevant than that of personal testimony. The stories of individuals whose lives have been transformed by the living God are not meant to replace rational arguments, but they can powerfully illustrate how words of truth actually work in the lives of people today.

Jesus offers us a breathtaking vision of a better world. When he talked about the Kingdom of God, he was appealing to the imagination – to Pathos. Jesus was a “dreamer” (long before John Lennon) who shared a vision for a better world.

We need to learn from him. We need to find ways to convey his breathtaking vision of a better world transformed by the Gospel. Accordingly, stories and appeals to the imagination should be central to our apologetics.

Were the Aedyn Chronicles persuasive? Was McGrath’s attempt at persuading a culture through fiction any good?

Well, it wasn’t too bad – for a scientist!

The book was a good attempt at demonstrating the inadequacy and potential danger of pure rationalism. But the Aedyn Chronicles lacked real originality and real persuasiveness. They were a good start, but we can do better.

So what does this mean for our evangelism and apologetics? Here are a few thoughts: