The belief that God made men and women equal in value and dignity, and distinctive in certain responsibilities and roles, is a conviction which has historically been the normal position and practice of the church across the world. However, in recent decades, this complementarian position has become a storm centre.

Some of that debate comes from changes in our wider society which have pressured and challenged the church. There has also been much debate within the church. We want to please and honour God, but that means knowing God’s will for a situation. So, understandably, we ask, “What does complementarianism look like?” or “What should women do or not do?” We might worry that we’ve mistaken traditionalism for right biblical understanding. Or we might see that the Bible teaches a complementarian position but feel uncomfortable or embarrassed about it.

Teaching and practising a more robust complementarianism leads people from a reluctant acceptance to a joyful embracing of God’s word.

Given all this, it’s not surprising that some in the church respond by ducking the issue: they stick with familiar patterns of church and ministry and in effect say, “Let’s not rock the boat”. Nevertheless, our conviction is that teaching and practising a more robust complementarianism leads people from a reluctant acceptance to a joyful embracing of God’s word in this area. However, there are some concerns regarding how complementarianism can end up looking in churches in the West today that need to be identified first.

The first concern is separatism: that is, that women’s ministry tends to get separated from other, general ministry. So, you end up with “normal ministry” for everyone, such as preaching and small-group Bible studies—and then there’s women’s ministry, which often involves a women’s Bible-study group, one-to-one discipleship, counselling, toddler groups and so on. There is undoubtedly lots of great ministry happening in these settings, and there are sometimes male equivalents. There can also be lots of logistical reasons as to why things get organised like this, and even some advantages in having separate streams.

Our concern, though, is that if ministries become mainly separate, there isn’t much complementing going on. While you won’t find the word “complementarian” in the Bible (it’s been chosen to sum up a position), it nonetheless captures a dynamic that’s woven throughout Scripture—of men and women complementing each other: a synergy that comes through togetherness. If a church has mainly separate ministries, though, it can be hard to see how the contributions of men and women combine to give an outcome that is greater than the sum of its parts.

The second concern is that complementarianism leads to a focus on boundaries. The question becomes: What can a woman do or not do? Where are the boundary lines? Can a woman lead a mixed-sex Bible study, teach teenage children, lead the whole congregation in prayer, lead a Sunday service or preach a sermon? Of course, we have to answer questions like these because we have to make decisions about what will happen in practice. The concern isn’t that those decisions get made; the concern is that the ministry of women sometimes then becomes all about staying inside the permitted boundaries. 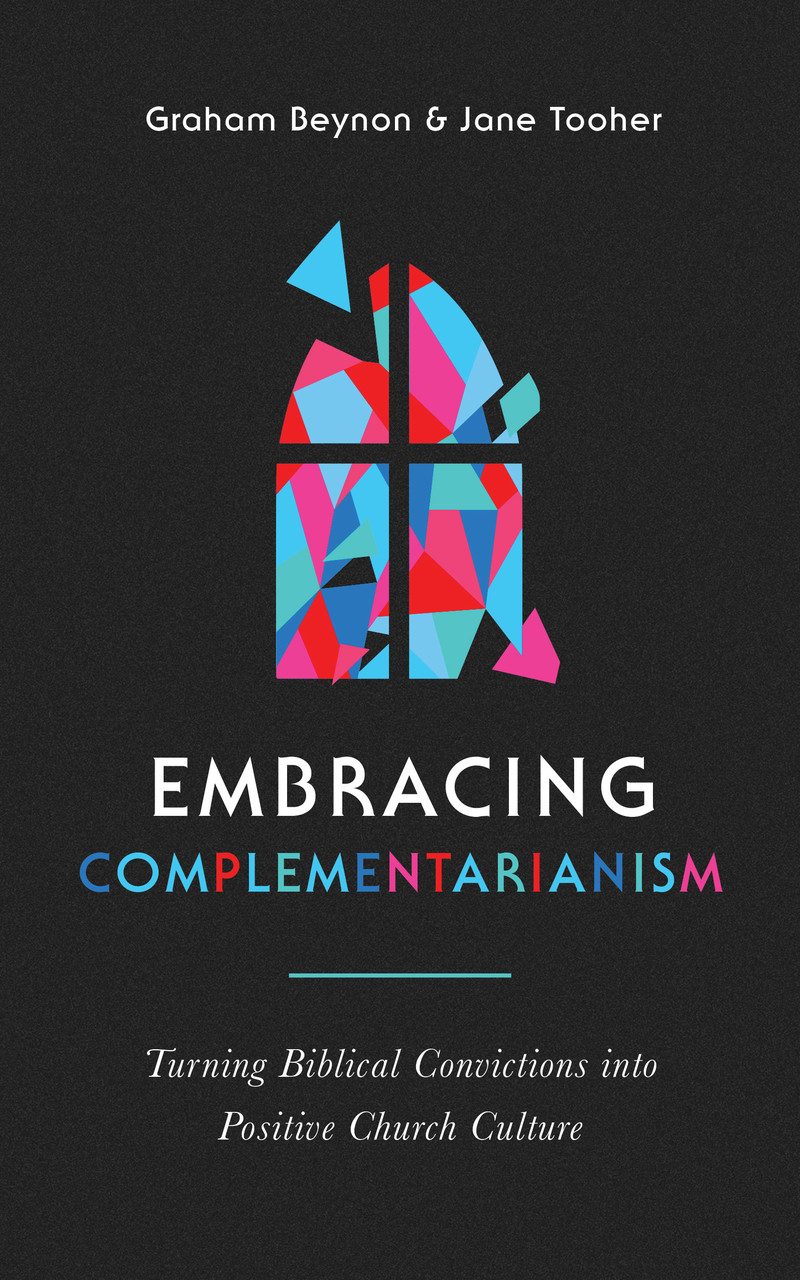 In any area of the Christian life, if behaviour is reduced to a series of “yes/no” answers, the chances are that we’ve missed something of the dynamic that should be in play. Decisions in Christian life and ministry are rarely tick-box answers. One author, Michelle Lee-Barnewall, draws a parallel with ethical questions.[1] Imagine, she says, if someone asked if they could drink alcohol or gamble as a Christian. It’s not a wrong question, and we would have to help them answer it so that they could decide how to live. But if our approach was to only give “yes/no” answers to those sorts of questions, we’d be missing something. We’d be missing a bigger perspective on what a holy life is all about, how sanctification works, and how it flows from the gospel.

Questions and answers that focus on boundaries usually miss the dynamics that shape the actual decision made. In a similar way, a focus on who can do what in church is likely to miss the beauty of the relational dynamics between men and women.

The third concern is that much of the discussion of complementarianism in church life and ministry is de-contextualised. All ministry takes place in the context of churches, and our understanding of what a church is should shape everything that happens within them. Such an understanding of church includes its identity, the nature of Christian relationships, ministry and gifting, and much more. But a broader discussion of this kind of ecclesiology, and how it shapes complementarianism, rarely appears.

We can draw a helpful parallel with marriage. Here, too, there’s the question of what headship and submission mean and what they look like in practice. But the context for that discussion is our understanding of marriage more broadly. Headship and submission will look very different if you think of marriage primarily as voluntary cohabitation or as an economic transaction, compared to viewing it as a union where husband and wife become “one flesh” (Genesis 2:24). They would certainly feel very different. So with church life, our understanding of the wider context of church shapes not only what happens but how it happens and what it feels like.

Our last concern is individualism. In Western culture there is a deep prevalence of individualistic thought, and we need to be alert as to how that influences our thinking on this issue. One study analysed which countries were the most individualistic in their outlook. Which do you think were the top three? It was the USA, Australia, and the United Kingdom. In these three countries, more than anywhere else in the world, we tend towards individualistic rather than communal thought; we instinctively think of ourselves as an individual, “I”, rather than as a group, “we”.

That way of thinking about ourselves and the world then acts as a lens through which we view everything, including the issue of complementarianism. Within individualistic societies the questions get shaped in a certain way: “who am I, and what can I do?” The answers I get to these questions are then key to my identity and sense of fulfilment. Such an outlook will inevitably lean towards concluding that I must be able to do certain things to express who God has made me. We need to make sure that our approach is shaped by the priorities of the Bible rather than the priorities of our individualistic culture.

The biblical picture of humanity is that we were not made to live as individuals. Yes, we have an individual identity—but we’re designed to live in community. God himself exists as a community of three Persons—Father, Son, and Holy Spirit—and he made us in his image. Moreover, God’s plan of salvation is not to save individuals but to create a people for himself who reflect him in the way they live together. It is only in community that we truly know ourselves and flourish as the people God has made us.

Examining these concerns is one of the ways we can move forward in our discussions and decisions around what complementarianism should look like in practice.

This article is an excerpt from Embracing Complementarianism by Jane Tooher and Graham Beynon. This practical book helps ministry leaders to think biblically and intentionally about implementing complementarian convictions.

[1] Michelle Lee-Barnewall, Neither Complementarian Nor Egalitarian: A Kingdom Corrective to the Evangelical Gender Debate (Baker, 2016), p 11-13.

Graham Beynon is minister of Grace Church Cambridge, and Director of Free Church Training at Oakhill Theological College, London. A popular conference speaker, Graham is the author of several books including Mirror, Mirror and Emotions. He is married to Charis and they have three children.

Jane Tooher serves on the faculty of Moore Theological College in Sydney, Australia, where she lectures in Ministry. Jane is also the Director of the Priscilla & Aquila Centre, a centre that aims to encourage women in ministry in partnership with men

4 The Chosen and The Word