This is part two of a three-part series. See parts one and three. 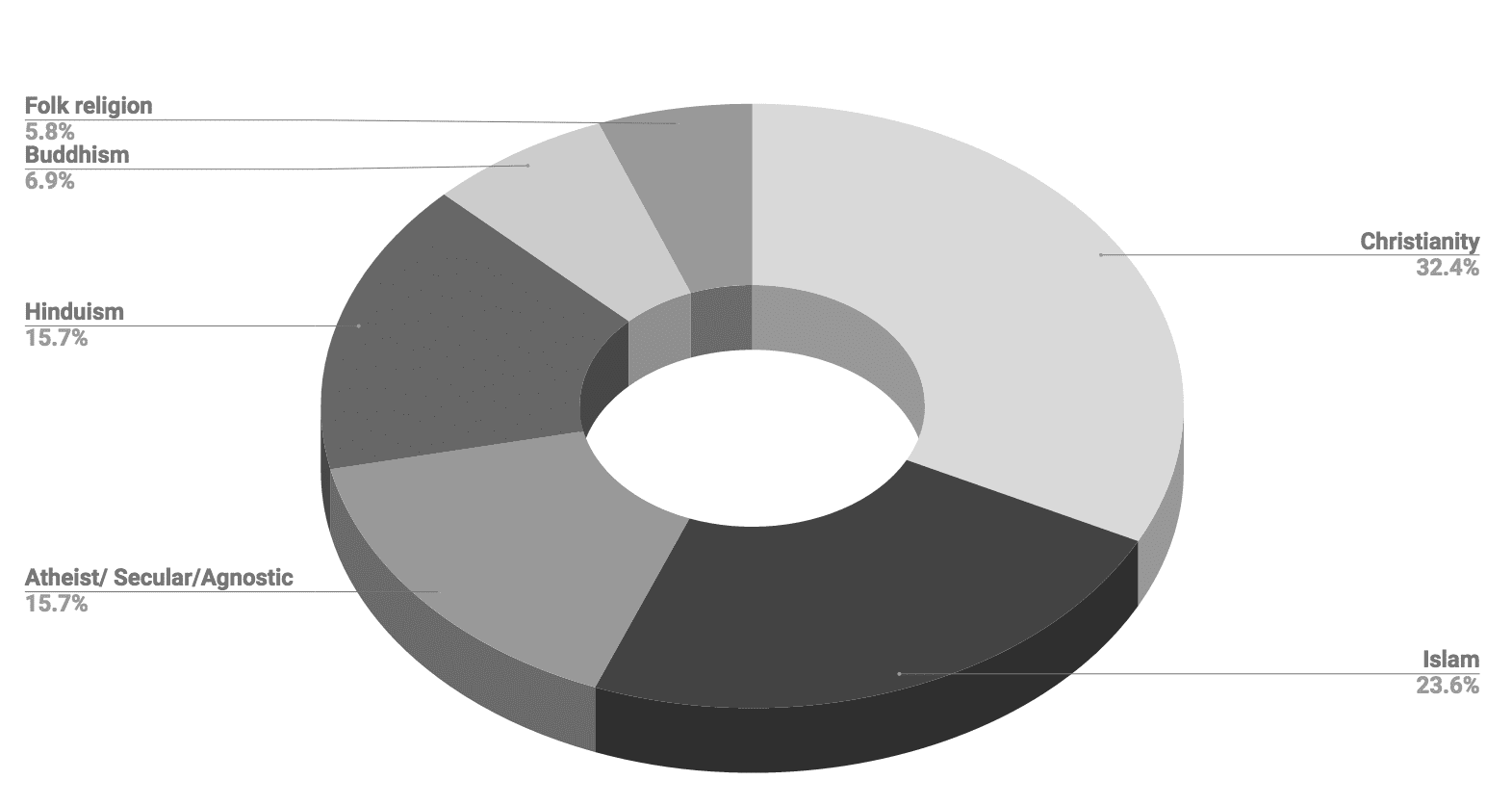 Islam holds to a belief in an infinite personal God. But when we compare Allah with the God of the Bible we find some major differences. Islam does not believe in a Trinity. Allah is strictly one person. He is complete in himself and has no need to relate to any other person. The Trinity means there are three persons with one essence. It means that interpersonal relationships are part of the nature of God. This means love, meaning, truth, communication, morality are all intrinsically part of God’s nature and eternally valuable.  But if God is one isolated person then anything relational is not part of God’s essential nature. Communication, love, moral behavior towards others has no ultimate value. They are dependent creations, which last only as long as Allah wills it.

For Atheistic Materialism, Love, meaning, truth and morality are also illusions which our brains have constructed as an aid to evolutionary survival.

Atheistic Materialism is a straightforward belief that matter is all that exists. Everything is built on this. The complexity of life, impersonal consciousness and personal consciousness are all just expressions of matter reaching increasingly complex levels; usually through evolutionary pathways. We may think the person is something more than the biochemistry of the brain but we are deluded. The experience of a person is often described as an by-product (epiphenomenon) of matter—an illusion with no real independent existence. Love, meaning, truth and morality are also illusions which our brains have constructed as an aid to evolutionary survival.

An internet search for the term ‘impersonal consciousness’ brings up a lot of Hindu, Buddhist and New Age articles and lectures. It is a term that describes a state of consciousness where the ‘self’ disappears and there is just a mind of awareness. This state is often experienced as involving a universal awareness of everything and of the self disappearing into a oneness with everything. It is generally reached through various meditation techniques, which involve making the ‘self’ inactive in the mind. The workings of the mind are just experienced passively.  What is going on here?

From a scientific point of view there are psychological states where the boundary between self and non-self seem to disappear. These states can be brought on by drugs such as LSD and by various meditation techniques. However this is not how Hinduism and Buddhism understand these experiences. For these worldviews they are not some physiological aberration of the mind. They are experiences of the true nature of ultimate reality.

These states can be brought on by drugs such as LSD. But, for Hinduism and Buddhism these are not some physiological aberration of the mind. They are experiences of the true nature of ultimate reality.

In classical Hinduism (Advaita Vedanta) the Brahman is the ultimate reality. Everything that we observe is really part of this ultimate reality.  Individual things look as if they are different from each other but that is an illusion. A table and a glass of water are really the same thing. Everything is really one. This includes not only the material world but also the individual self.  Our awareness of the individual self is an illusion we need to escape if we want to know reality. Escape from the individual self is often illustrated with a drop of water merging with the ocean. The drop still exists but its individuality is lost.

This state is described as a state of universal conscious bliss found by merging the atman (personal self) with the Brahman (the Ultimate). However it is something experienced rather than described. Normal categories that describe real differences between things, do not apply here because there’s no personal ‘self’ that can interact with the world or make judgments about it. It is a state of impersonal consciousness where the individual self and all other categories have disappeared. Usually it is described as a blissful impersonal universal consciousness: beyond self and beyond good and evil.

Notice that the self is not one of these particles. The “self” is only an illusion produced by these aggregates working together. Worse than this, it is our grasping onto this illusion of self that causes all our sufferings. If we can get rid of that illusion we will end up with no suffering. In Therevada Buddhism (practised in southern and south-east Asia), the illusion of self is completely destroyed from its apparent existence when a person reaches enlightenment (Nirvana).  In Mahayana Buddhism enlightenment leads to a Buddha mind (or Buddha nature) that streams on for eternity—a state of universal awareness and blissful impersonal consciousness. The illusion of self has been done away with.

This might remind us of Romans 1, where Paul talks about people turning from the true God and worshipping images of animals. Or it might make us think of Exodus 32 where Aaron makes a calf-idol that distorts and limits who God is. In these examples, people are worshipping and trying to conform their lives to an infinite animal rather than the God who has an infinite personal mind. And, as the Bible warns, we become like the idols we worship (e.g. Ps 115:8; Is 44:18).

Polytheistic and Animistic religions believe in many personal gods and spirits. However these gods and spirits are rarely the ultimate source or cause of everything. Many tribal religions have an ultimate personal Sky God—a distant and difficult to contact deity (which might be a cultural memory of the true God). Greek polytheism featured a materialistic ‘chaos’ or void, which produced the gods. Popular Hinduism and Buddhism are generally syncretised with polytheistic and animistic beliefs. For many people in these cultures, daily living is dominated by fear and placation of spirits and gods, while those with more education pursue Hinduism or Buddhism to a greater depth. The same can be said about Christianity in some countries where local animism and superstition has been absorbed into local forms of Christianity.

So we have seen how ultimate reality for the major world beliefs can be seen in view of these three categories: