For some time gender theorists have realised that, in order to impact traditional concepts of gender and sexuality, they must undermine the structural foundations on which such concepts rest. This theoretical move is clearly at work in a poignant and compelling short film, Love Has No Labels.

The film begins in a public space with two people standing face-to-face behind a large x-ray screen. All the viewers can see are the skeletal figures of the two individuals embracing, kissing and talking. They walk out from behind the screen and the viewers learn that the individuals are women.

The point is stated on the x-ray screen: “Love has no gender.”

To identify the two people as women and therefore lesbian, however, misses the main point of the film.

The film’s purpose is to communicate a message that problematises the understanding of relationships on the basis of identity categories, in this instance woman and lesbian. If the concept of ‘woman’ does not exist, then nor does ‘lesbian’, thus making a grand statement about what it means to be human and how humans can live.

The film further reinforces this reading as more people appear from behind the x-ray screen.

The next identity-less couple is revealed as mixed-race: love has no race. Two young girls step out, one of whom has a disability: love has no disability. Three people follow—two men who are obviously coupled and a young boy, perhaps their son: love has no gender. The next couple appears to be older, which was not evident when they were behind the screen: love has no age. Two little girls then emerge after playing clapping games: love has no race. Finally, two women and two men dressed in different religious attire appear: love has no religion.

The film concludes with the punch line: “Love has no labels”.

The film’s argument has vital and indisputable force on two levels. On the first level the challenge is presented with each revealing. Love should not be legislated against, or withheld from, another person based on difference.

The second level, which develops on the first and so has greater force, is presented by placing the different examples together in one film. The logic goes like this: you would not permit a child to reject another on the grounds of disability, so why allow race, religion, age or gender to be the grounds for inhibiting loving relationships?

One is left with the impression that the film is promoting mixed-race marriage, cross-generational friendship, integrated child’s play, inter-religious relations, and homosexual partnerships. But if that was the case, the captions would read love has gender, love has race, love has age, and so on: love has labels.

It quickly becomes apparent that the film is not a celebration of difference, but sameness. In other words, the film attempts to promote marriage, gender, friendship, religion and sexuality on the grounds that there is no difference.

While the film produces a rhetorically powerful argument it must be acknowledged that it operates on a remarkably sad presupposition: difference must be done away with in order to create the conditions for love to flourish within society. 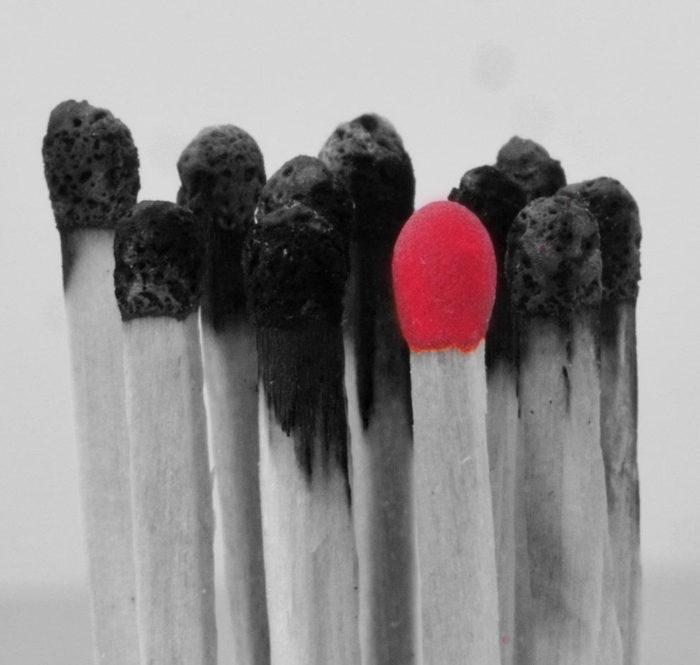 It is difficult to believe that real love is based on the concept of identity-less humanity. Surely such a view of love is characterised by selfishness: I cannot love you, or let you love another person, unless we live in a reality where the human is regarded as nothing other than mass in time and space. This means I can love the other because they are the same as me. Granted, it would be easier (for me) to love others if they were like me, but this is a poor representation of the person we inhabit and the way we relate to others.

True love embraces the one who is different to me. True love loves the other as other.

The film’s rhetoric demonstrates a lack of moral imagination to confront the problems plaguing concepts of identity, particularly gender identity, in society. Instead of providing a way for society to deal with complexities associated with gender identity, it resorts to having people step behind a screen to pretend that gender difference does not exist.

But difference does exist. Blindness to difference is not a creative solution, but uncreative and ultimately hopeless.

It is ironic that in a culture obsessed with the quest for individual identity, the solution given to deal with the clash of difference is to ‘erase’ the difference that forms the very basis of identity. The church must be wise to this radical relativising of human identity in order to justify a particular conception of love.

The Christian alternative to the inadequate solution of difference-blindness is reconciliation (Col 1:19–23). Reconciliation is the redemptive process that salvages human difference through its re-creation in Christ.

Where hostility plagues humanity’s relationships (within the self, with others and God), Christ brings peace through his own death. In Christ, humanity is delivered from the perversion of difference and the hostility that results.

Difference is therefore not a threat to human identity, but a truly beautiful characteristic of it. This means that human flourishing occurs when reconciled differences in Christ constitute loving relationships between us, and between God and ourselves.

Reconciled difference in Christ is not be erased or rejected, but loved.

Dan Patterson hails from Perth, Western Australia. In early
2010 he moved to Bulgaria with his wife, Katie, where they have been involved
in church planting. Dan also teaches Biblical Studies at St Trivelius Institute
in Sofia. Recently, Dan, Katie and their two daughters moved to Scotland where
Dan has undertaken doctoral studies in theological ethics at the University of
Aberdeen. His topic focuses on identity, gender and queer theory. Dan’s website
www.embraceidentity.org is dedicated to developing rich theological
conversation about gender and identity. He and his family intend to return to
Bulgaria when his studies are completed.

3 Thank God and Roll Up Your Sleeve

4 Has Religious Freedom Had Its Day?

5 The Great Betrayal: An Open Letter To Christian Friends On Ravi Zacharias

When the Wrath of Jodie met the Grace of God

I began to share about my anger issues and the damage they had caused to our marriage as I sat nervously in the counsellor’s office. He had known me in...