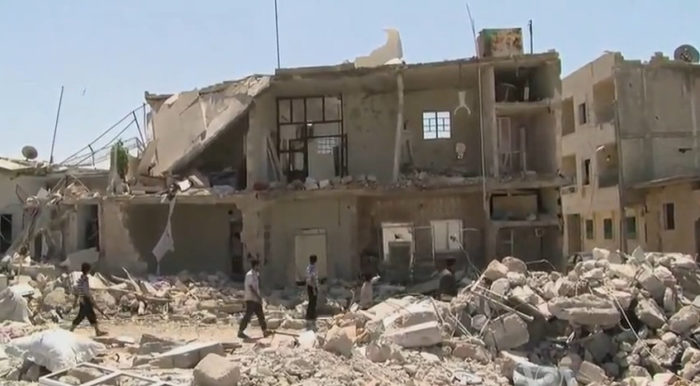 ‘Who is my neighbour?’, Jesus once asked. Who is our neighbour?

This week Australia has been debating whether Christians from the Middle East should be preferenced over other groups from Syria and Iraq when it comes to increasing our refugee intake.

The suggestion was raised in an editorial by Fairfax Media journalist, Paul Sheehan, Operation rescue: the Christians of the Middle East face extinction (September 6th). Shortly afterward, community groups were responding and it even became a political position in Federal Government, polarising the major parties. Should Christian refugees from Syria and Iraq be given special advantage?

I believe that the answer is yes and no.

Paul Sheehan was right to point out that, ‘For the past 20 years Christians have been ethnically cleansed across much of the Middle East as part of the rise of Muslim militancy’. This is true, although the persecution has existed far longer than 20 years.

Christians are not the aggressors in these Middle Eastern conflicts; they are among the most targeted victims. Christians are literally being exterminated. (The New York Times published a piece in July revealing the extent of the persecution).

I have read several responses to Paul Sheehan, where people are blaming the ‘Christian’ West for the situation in Iraq and Syria. But to fuse Christianity with the West is as sloppy an analysis as calling all Arabs, Muslim or all Syrians, Muslim. The fact is, the conflict between Sunni and Shia, and their common dislike for Christians and other minority groups, pre-dates era 9/11, President Bush Senior, and is prior to the Sykes–Picot Agreement of 1919.

That is not to say that Western intervention hasn’t made issues more complex; it has been one hundred years of immoral intrusion, but it is grounded in selfish capitalism, not sacrificial Christianity. Syrian Christians and Iraqi Christians cannot be blamed for the sins of the West, and Western transgressions aside, the fact remains that Christians are being targeted, thousands have been slaughtered, and survivors are being forced out of their homes to flee for their lives.

The international community increasingly recognises that Christians in the Middle East have become a displaced people group, and therefore a humanitarian response is to welcome them into Australia.

Whilst I will gladly welcome my Christian brothers and sisters to Australia, I do not believe that we should exclude refugees on account of their race, culture, or religion. If a neighbour’s house is on fire, you don’t first ask them for their passport, resume, or survey their theology; you help them on account of their humanity.

Paul Sheehan argued that Christians will better assimilate to Australian society. I am not an expert on Sunni/Shiate tensions, and so I can’t evaluate his point. Perhaps the concern has warrant and therefore it’s not without consequence, and I am sure there are experts out there who can make comment. Having said that, there can be no doubt that there are also significant numbers of Sunnis and Shias who are victims of atrocities and if they are fleeing from their homelands then we ought to consider welcoming them.

When Jesus asked the question about, who is our neighbour? He proceeded to answer that question by teaching the parable of the Good Samaritan, and the neighbour in his parable is not one who is like us, he is one who is different. Jesus’ view on love and welcome is based on grace, and it conforms to the Old Testament’s expectation on how we receive the other.

Brian Rosner makes this point about OT law, “Most remarkably of all, in the same chapter where the famous and often quoted ‘love your neighbour as yourself’ appears, in Leviticus 19 the Israelites are commanded to ‘love the alien’ (v.34). I believe that the answer is yes and no.

I support Paul Sheehan’s idea of Churches working in conjunction with the Federal Government. I am certain that Australian Churches will gladly work together with the Government to assist these refugees, whether they are Christian or not. And so to this end, I am encouraging Mr Abbott, Mr Dutton, and Ms Bishop to speak with Christian leaders across the country.

Finally, I can’t help but notice that there is a certain irony in all this. These Christians are fleeing lands that don’t want them, perhaps only to arrive in a new land that is increasingly expressing malice towards Christians. The methods are vastly different, but the base motive is similar. I read this caustic response to Paul Sheehan’s piece: ‘Don’t let Christians in. Let people of reason in. Giving people an advantage because they follow a palatable brand of delusion doesn’t seem fair.’

Sadly, this sentiment is all too common in Australia today. One can only hope that the irrationality of such foolish people is muted by the voice of generosity and welcome.

1 Religious Discrimination: Why I Welcome a National Law

3 My Year in Books – Rory Shiner

4 Another Australian Cricket Captain is Out: Our Problem with Sex

5 COVID Vaccination and The Church

Cleo Smith and the Failure of Secular Morality

My Year in Books – Emma Wilkins