Does the Bible affirm same sex marriage? Is it ok for Christian leaders to come out in support of marriage redefinition?

This week has seen 2 articles by Christian leaders published in mainstream media advocating for same sex marriage, one written by a Pastor, the other by a theologian. On Monday I wrote a response to the former, and I I wish to speak to the latter here.

When a theologian’s interpretation of the Bible mirrors popular culture, it is reasonable to be a little suspicious. It is of course wise to return to the Bible and read it carefully ourselves, no matter who is speaking and whatever they are saying. I trust that readers will do the same whenever I write about the Bible and theology.

In my devotions, I have been reading through the book of Jeremiah, and it is a sobering read. In particular, it indicts Israel’s leaders for speaking falsely about God. God had had enough of these false prophets who were buttering up the people with empty promises, and affirming the popular moral and religious ideas of the time.

Whilst a pluralist society will sensibly take into account different opinions before making important decisions, and we should respect that Australians will for a variety of reasons define marriage in a range of ways, it is quite another issue when Christian leaders go on the record to claim on God’s behalf, ideas that are nowhere affirmed in his word. 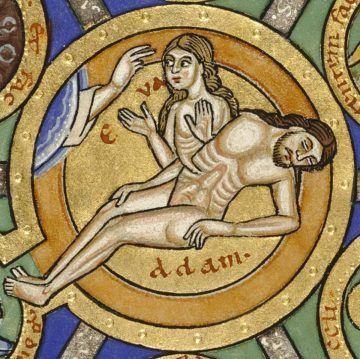 Robyn Whitaker lectures in Biblical Studies at Trinity College, Melbourne, and over at the ABC she has published an article titled, ‘Same-sex marriage: What does the Bible really have to say?’

According to Whitaker the answer is, ‘not much’. In fact, her basic argument is that the Bible is silent on the question of same sex marriage. It doesn’t directly use the words,  ‘two people of the same gender can’t marry’, therefore God must approve of same-sex marriage.

“It never condemns same-sex marriage, partly because it simply does not address the issue directly.”

I’m sure we can think of many issues that the Bible doesn’t specifically condemn, but to turn around and conclude that those actions are God approved is simply ridiculous. More than that, the Bible has much to say about marriage and none of it comes even close to affirming what Robyn Whitaker is alleging.

In Whitaker’s opening barrage, she takes a potshot at Christians who don’t agree with her,

“Critical biblical scholarship draws on a range academic disciplines including literary criticism, archaeology, history, philology, and social science to offer the most plausible, historically grounded interpretation of the Bible. It is not simply a matter of personal belief or citing official church doctrine.”

This disjunction between personal belief and legitimate critical biblical scholarship is such a problem that she comes back to it in her conclusion,

“Serious Christians cannot ignore the Bible. They can, however, make sure that they interpret it with all the tools available to them, that they examine their own biases, and stop over-simplifying the issues.”

Apart from slighting the intellectual credentials and moral integrity of Bible scholars who affirm heterosexual only marriage, it’s almost as though Robyn Whitaker is trying to tell us that critical scholarship supports her thesis.

Whitaker appeals to theologian, William Loader for support, however Dr Lionel Windsor has since demonstrated that Loader’s position doesn’t back up her case at all. There are certain Bible scholars who’d express some sympathy with her opinions, although they each have different theories as to why the Bible can’t mean what it means. The reality is, the weight of Christian scholarship does not support her argument: Among this number are N.T Wright, Dr Wesley Hill, Prof. D.A Carson, Dr. Mike Bird, Dr Robert Gagnon, and vast majority of Protestant, Evangelical, Catholic, and Orthodox theologians and pastors.

One of Australia’s most notable Christian academics, Rev Dr John Dickson, this evening tweeted, ‘This is one of the most misguided, selective, and misleading pieces I’ve seen on this topic.’

Whitaker then adopts the classic deconstructionist’s method to help us see that Bible could never possibly mean what it says it means:

“It is a deeply problematic and complex story”

“It is not describing what we would understand to be a sexual orientation.”

“Where some English translations might include “homosexuality” on this list, the translation is not that simple, which is why various English words are used.”

I’m not disputing how there can be complexity, and we should certainly read Bible texts in their contexts, but this fog of doubt that she casts over the Bible cuts against the very purpose of Scripture which is to bring Divine clarity.

In order to keep this post short, I’m not going to respond to each of Whitaker’s explanations of the Bible texts, but reading a good Bible commentary will help. Kevin De Young’s, ‘What Does the Bible really teach about homosexuality’ is worth reading. In addition, a few years ago I co-wrote an article which addresses exegetical questions over these Bible verses.

After trying to convince her readers that the Bible’s six references to homosexuality don’t really mean what they mean, Whitaker lands with this argument:

First of all, 6 verses is 6 more than none. Does the authority and truth of any word from God depend on him saying it more than once?

There is a small correction to be made here, the language of homosexuality appears 5 times in the Bible and there are 2 accounts where homosexual practices are spoken of, making it 7 references not 6 (she ignores Judges ch.19).

Secondly, every mention of homosexual practices in the Bible is negative.

Thirdly, there are dozens of Bible passages which speak to sexual purity, by which the authors mean enjoying sexual relationships within the covenant of marriage between a man and a woman.

Fourth, homosexuality may not feature frequently, but marriage is one of the Bible’s big themes, from Genesis ch.1 through to Revelation ch.21. From beginning to end, God’s pattern for marriage is clear and consistent.

In Matthew ch.19, a group of Pharisees approached Jesus and started a debate about marriage, for they were trying to justify their views divorce and remarriage. Jesus had the opportunity to redefine marriage, instead he appealed to Genesis and affirmed God’s original intent for marriage. By marriage Jesus always and only meant between a man and a woman, and he then proceeded to call all sexual behaviour outside that marriage covenant porneia, sexual immorality.

There is a good reason why there is no Bible verse specifically repudiating same sex marriage—because no one in the ancient world would contemplate such a thing. And everything that the Bible does say about marriage affirms the current legal definition of marriage in this country.

I do agree with Robyn Whitaker when she suggests how there are other issues that the Bible is passionate about, and that we as Christians ought to be speaking about and acting upon. There is much sorrow and suffering in this world, and we mustn’t refrain from letting the Bible speak to us on those matters.

I also partially agree with the comment, ‘For certain Christian groups to make this the decisive Christian issue is simply a misreading of biblical values.’ Marriage is not the decisive issue. However, marriage is an expression of the decisive issue, which is about believing God at his word, and accepting his Gospel or not. Do we define as good that which God says otherwise? Is it right for a Christian teacher to tell the public that a lifestyle which God says antithetical to the Gospel and to his Kingdom, is okay?

It is one thing for Aussies to speak in favour of same sex marriage, but when Christian leaders do so they are speaking against the faith that they have promised to uphold, and in turn they are doing the very thing that was problematic in Jeremiah’s day. We are not loving our neighbours by adopting this posture, we are hurting them. We are not pointing to the wonder of God’s love and grace in Christ Jesus, but are directing people toward some contemporary version of Baal or Athena.

1 A Real Miracle in The Prosperity Network

If you follow someone on Facebook, you can learn some interesting things about them. You might learn about where they went to school, some of their favourite foods, where they...

Finding Life in the Midst of Death