It would be rare to find an evangelical Christian today who avoided novels per se as an act of Christian obedience. It was not always so. Avoiding novels out of evangelical piety was a reality for some of our forebears, who would avoid them much as they would avoid the theatre or strong drink. After all, Paul has instructed us to fill our minds with that which is pure and lovely (Philippians 4:8), and many novels did not let that injunction dictate their content. But more than that, there was something particular about the novel. Whilst other forms of literature, such as poetry, have been widely accepted and loved by evangelicals, novels have had a more complex reception. After all, they invite their readers to escape the actual world to enter into a world that is non-existent and “false”. Do we really have time for that sort of thing?

Inspired in part by Michelle Haines Thomas’s piece on Reading Good Books, I want to conduct a theological thought-experiment: should Christians write novels? Given the urgency of the Great Commission, given the pressing issues of the day, given that the harvest is plentiful but the workers are few, should we really be spending time writing fiction? What purpose might these fictional worlds serve? And what (if any) theological artillery might be marshalled in defence of their creation?

There are people (like me) who shouldn’t write fiction due to the cruel limitations that lack of talent imposes. I stand in awe of those who can create fiction because I really can’t. How do they do it? Why do they do it? And, the question of this little two-part series — as Christians, should they do it?

One approach, favoured in Reformed theology, is to ground a poetics (a theory of literature) in creation and covenant. God is the sovereign creator, who creates us in his image, and gives us the mandate to “fill the earth and subdue it” (Genesis 1:28). This mandate includes a “cultural mandate”—a commission to produce human culture. Even after the fall, God reaffirms to Noah the cultural mandate as a continuing mandate on all humanity (Genesis 9:1-17).

The Dutch Neo-Calvinists further developed this by arguing that creation is divided into particular spheres such as the State, the Church and cultural institutions, each of which operate according to their own God-given conventions and integrity. Creative pursuits (including our case study of novel-writing) occur within a particular sphere of human existence and find their integrity within that sphere.

One of the great advantages of this account is that the arts are able to operate according to their own logic and do not need to appeal beyond themselves for justification. Fiction is gloriously free to be fiction and does not need to be enlisted in the service of the church for validity. The novelist is fundamentally a worker, doing their labour as a participant in the cultural mandate. Their work is “secular”, not in the sense of being opposite to religion, but in the more original sense of the word “secular”, of this world. It is not redemptive work, but, grounded in creation and covenant, it can be good work.

A second approach, and more characteristic of the orthodox and catholic traditions, is to appeal to the theology of incarnation and sacrament. In this account, the novelist creates beauty, and beauty points sacramentally to the Beauty of God. The incarnation is the great sacrament and the template on which other acts of human creativity can be understood. “In the beginning was the Word … and the Word became flesh” (John 1:1, 14). Just as the incarnation of Christ is the embodiment and enfleshment of what was previously intangible, so too fictional literature, as C. S. Lewis describes it, is a “little incarnation, giving body to what has been before invisible and inaudible.”

I would include T. S. Eliot, C. S. Lewis, Dorothy L. Sayers, G. M. Hopkins, Evelyn Waugh and Flannery O’Connor in this space. Those names alone should indicate that there’s something productive going on here. 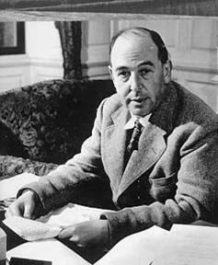 If nothing else, this position provides a compelling account of how we experience fictional literature. One of the great delights of literature is that it names and articulates realities we were tacitly aware of but had failed to identify until this point. One of the most exhilarating aspects of reading a novel is that moment when you exclaim ‘that is so true; that really happens!’ (Ryken, A Christian Philosophy of Literature, 27). In this account, the novelist is not so much a worker as a priest, mediating an experience of beauty and recognition, all of which ultimately finds its ends in God.

A third defence of novel writing appeals to education and eschatology. This stance justifies novels and novel-writing by appeal to the greater real-world goods they can achieve. Novels can improve our sympathies, can re-educate us, can shape us morally. A Marxist, a Liberal-Humanist or a conventional Moralist may justify the writing of novels through their ability to introduce radical ideas, to enlarge moral sympathies or to commend proper behaviour. In the same way, a Christian might appeal to the eschatological urgency of being reconciled to God and choose the form of the novel to relay these important truths.

A self-conscious agenda to educate is by no means incompatible with great literature. Lewis, Orwell and Dostoyevsky all seem to manage it. But when the form of fiction is co-opted (rather than honoured) for its information-carrying capacity, the results are not always pleasing. The Left Behind series co-opts the form of the novel to educate its readers in pre-millennial eschatology. As in war time, when a hill becomes a barrier, a river bed a trench and a branch a spear, so to, in the light of the eschaton, the novel—perhaps originally intended as a means of delight or entertainment—is now enlisted in an urgent cause. It is not justified in itself, but by reference to its service of the gospel. The result, in the Left Behind case, is something a long way removed from great literature. Desperate times and all that …

In this account, the novelist is neither worker nor priest but herald, deploying their talents for a greater cause.

There is value and insight, and well as limitation, in all of these accounts. In the second part of this article, however, I want to propose an alternative account — one that grounds the work of novel-writing not so much in covenant, or incarnation, or education, but in the resurrection of Jesus Christ.