Advice on how to read the Bible is like advice on how to lose weight: many of us need it and you can find it everywhere, but it’s probably not as complicated as people seem to think!  (Having said that, it is true that many of us struggle both with maintaining a healthy weight and reading the Bible well).

In this three–part series I’d like to make a simple point about reading in general and reading the Bible in particular.  It is this: To read the Bible well you need to read cumulatively and not in piecemeal fashion. As much as close study of any given passage is worth the effort, it is true of all reading that the larger context of any passage is critical for its interpretation.

“Whenever we read, past segments must be retained in each present moment.  The new moment is not isolated, but stands out against the old, and so the past will remain as a background to the present, exerting influence on it and, at the same time, itself being modified by the present. … Reading does not merely flow forward, but recalled segments also have a retroactive effect, with the present transforming the past.”

Consider the Gospel of John.  The best way to read John is to read cumulatively, recalling what has gone before and on second and subsequent readings anticipating what follows in the Gospel.  Reading a narrative like John’s Gospel is a process of retrospection and prospection, looking back and looking forward across the book and making connections.  As I tell students, read like a snowball rather than a bowling ball!

When you read a passage in John the context is the entire Gospel, which is framed by the Prologue (John 1:1–18) and Purpose Statement (John 20:30–31).

The Prologue is a remarkably effective introduction to the Gospel. Depending on whether you think of John as a musical composition, a building or a good meal, the Prologue can be described as an “overture” (J. A. T. Robinson; M. Stibbe), a “foyer” (D. A. Carson) or an “entrée” (F. Segovia) to the Gospel.  All of the major themes of John are introduced in the Prologue.

In addition, Mark Stibbe points out that the main movements of the Gospel’s plot are also anticipated:

“Many scholars have noticed that vv. 10–13 encapsulate the plot of the whole Gospel. Verses 10–11 point to the lack of recognition of Jesus and to his rejection by his own race in chs. 1–12 (part one of the Gospel story). Verses 12–13 point to the adoption and acceptance of the disciples as the children of God in chs. 13–21 (part two of the story). Something of the whole plot of John’s story is therefore indicated at this stage.”

The Purpose Statement on the other hand, makes clear John’s overall goal that readers might come to know the true identity of Jesus:

“Now Jesus did many other signs in the presence of the disciples, which are not written in this book; but these are written so that you may believe that Jesus is the Christ, the Son of God, and that by believing you may have life in his name.” (John 20:30–31).

If the Prologue prepares you for reading John, the Purpose Statement recalls many of John’s recurring themes, not least the sign miracles, Jesus as Son of God and Messiah, faith in him and the blessing of eternal life.

Let’s take John 19 as an example of reading John cumulatively, or like a snowball. (In the next two posts we’ll look at two other examples and reflect further on how to read in this way).

John 19:25-30 records two of the most poignant moments in the narratives of the New Testament: (1) Jesus addressing his mother’s ongoing welfare; and (2) Jesus’ final words before his death.

“but standing by the cross of Jesus were his mother and his mother’s sister, Mary the wife of Clopas, and Mary Magdalene. When Jesus saw his mother and the disciple whom he loved standing nearby, he said to his mother, ‘Woman, behold, your son!’ Then he said to the disciple, ‘Behold, your mother!’ And from that hour the disciple took her to his own home. After this, Jesus, knowing that all was now finished, said (to fulfill the Scripture), ‘I thirst.’ A jar full of sour wine stood there, so they put a sponge full of the sour wine on a hyssop branch and held it to his mouth. When Jesus had received the sour wine, he said, ‘It is finished,’ and he bowed his head and gave up his spirit” (John 19:25–30). 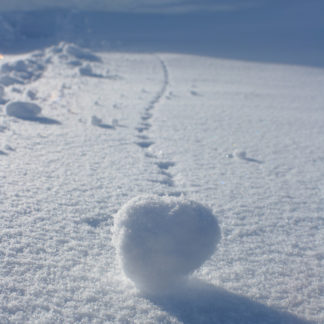 To read this scene in isolation from the rest of John is to miss much of its meaning.  We may note four features that call to mind other parts of John.

First, the broadest context for the crucifixion of Jesus in John is an ominous note struck in the Prologue: “He came to his own, and his own people did not receive him (1:11). To say that the Jewish leaders “did not receive him” is heavy with understatement.  John 19 must be read as the tragic outcome of opposition to Jesus throughout the Gospel that leads to his trial and execution.

Second, Jesus’ thirst in John 19:28 reminds us of the many times Jesus spoke of water and thirst in the Gospel: his first sign as a wedding guest in chapter 2; his promise of living water in chapter 4; those who believe in Jesus never thirsting again in chapter 6; and the offer of living water to all who come to Jesus in chapter 7.  All this adds to the poignancy of Jesus’ words, “I thirst” (19:28), which form a stark contrast to him liberally quenching the thirst of others throughout the Gospel.

Third, Last time we met Jesus’ mother was in John 2:3–4, significantly in a story about water and wine at the Wedding of Cana in Galilee where Jesus performed his first sign.  Whereas in John 19:29 Jesus is given low–grade sour wine by the soldiers, he himself gave others the best wine.  These links give a layer of meaning to the idea that Jesus’ death was for us, suggesting that he suffered thirst so that others may never thirst again.

And fourth, as John’s Purpose Statement (20:30-31) makes clear, John records the signs so that readers might come to know Jesus as the Messiah and Son of God.  Intriguingly, according to most commentators, there are only six signs in the Gospel prior to Jesus’ crucifixion: water into wine in 2:1–11; the healing of the nobleman’s son in 4:46–54; the healing of the paralyzed man at the pool in 5:1–9; the multiplication of loaves and fishes in 6:1–14; the healing of the man born blind in 9:1–12; and the raising of Lazarus in 11:1–44. Some suggest that the seventh is Jesus being lifted up on a cross in Chapter 19!

Such connections across the Gospel are neither contrived nor accidental. Taking careful note of them leads to a richer, deeper and more engaging reading of John.

Brian Rosner is principal of Ridley College. Brian is passionate about theological education that is both rigorously academic and profoundly practical. He is also enthusiastic about promoting the gospel in the public sphere and is a fellow of The Centre for Public Christianity. He has a PhD from Cambridge University and previously taught at Aberdeen University and Moore College. He is the author and editor of over a dozen books, including Paul and the Law, the Pillar commentary on 1 Corinthians, Beyond Greed, The New Dictionary of Biblical Theology and Known by God​. Brian is married to Natalie and has four children.

We need to appreciate that these ideas are not being whispered on the dark web or behind closed doors, but openly in one of America’s Ivy League Universities, and in some of the United States’ and Australia’s most respected news and journalistic outlets. I