In my second and third posts on reading John’s Gospel cumulatively we will focus on the dialogues with Nathanael and Mary Magdalene respectively.

The immediate context for Jesus’ conversation with Nathanael in John 1:47–51 is 1:19–46, the unit immediately following John’s Prologue.  The passage is characterised by an interest in questions about the personal identity of John the Baptist and Jesus, and also of Jesus’ earliest followers.

In John 1:20 John the Baptist confesses to the delegation from the Jewish leaders in Jerusalem that he is “not the Messiah.”  This prompts them to ask him, “What then? Who are you?” (1:21) and “What do you say about yourself?” (1:22).  He replies cryptically that he is “the voice of one calling in the wilderness” (1:23) and then shifts the focus to the identity of someone else, namely, “he who comes after me” (1:27).

The identity of Jesus takes centre stage in the rest of the chapter.  In fact, the Gospel of John is front-loaded with a cascade of answers to the question, “Who is Jesus?”  John the Baptist confesses: “I myself did not know him” (1:33).  However, Jesus’ identity was revealed to John by God at Jesus’ baptism when the Spirit descended on Jesus like a dove.  On that basis John identifies Jesus as “the Lamb of God” (1:29) and “the Son of God” (1:34).  In the rest of the chapter other characters also reveal Jesus’ identity: 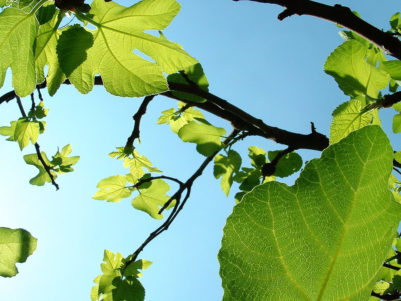 Four elements of Jesus’ conversation with Nathanael in John 1:47–51 and its surrounding context resonate with other parts of John:

The identity of Jesus’ disciples is also a focus in John 1:35–51.  As Don Carson explains,

“…the chapter provides concrete examples of a point made in the Prologue: although in general his own people did not receive him, yet some did, believing on his name and gaining from him the authority to become children of God (1:11–12).” [1]

First we are introduced to Andrew (1:40) and his brother Simon Peter, whom Jesus renames Cephas (1:42).  This action looks forward to John 10:3 where Jesus explains that “he calls his sheep by name.”

Next in line for introductions are Philip and then Nathanael.  Nathanael’s experience illustrates what it means to know and be known by Jesus:

“Jesus saw Nathanael coming toward him and said of him, ‘Behold, an Israelite indeed, in whom there is no deceit!’ Nathanael said to him, ‘How do you know me?’ Jesus answered him, ‘Before Philip called you, when you were under the fig tree, I saw you.’ Nathanael answered him, ‘Rabbi, you are the Son of God! You are the King of Israel!’”(John 1:47–49)

Jesus sees Nathanael and offers a brief summary of his character: he is “an Israelite indeed, in whom there is no deceit” (1:47).  This description calls to mind Jacob who came to be called Israel after receiving a vision from God that transformed his devious character. (Genesis 28: 10ff and 32: 24 – 30). Jesus recognized that Nathanael was an “Israel” not a “Jacob.”

Nathanael’s question in 1:48, “How do you know me?”, confirms that Jesus’ assessment of him is accurate.  Jesus replies that he simply saw him under the fig tree (1:48).  What Nathanael was doing under the fig tree is open to conjecture.  However, the point is not Nathanael’s location so much as Jesus’ precise and penetrating knowledge of Nathanael.  Jesus knew him before he had even met him.  As Jesus puts in John 10:14: “I know my own and my own know me.”

3. Confessing Jesus as Son of God and King / Messiah

In response to being known by Jesus Nathanael declares Jesus’ own identity with remarkable clarity: “you are the Son of God! You are the King of Israel” (1:49). If Jesus’ knowledge of Nathanael points back to the Prologue’s prediction that some will receive him (1:11-12), Nathanael’s confession points forward to the Gospel’s Purpose Statement.

4. The Revelation of God

Nathanael’s conversation with Jesus and confession of Jesus as God’s Son and King is not merely for his own benefit.  Being known by Jesus turns him into a disciple of Jesus and by implication, one who tells others about Jesus.  Other people benefit when we enter into a living relationship with Jesus, are known by him and come to know him.

In John 1:50-51 Jesus moves from addressing Nathanael alone to addressing the group of disciples.  Notice the change from singular to plural pronouns in Jesus’ final words to Nathanael:

John 1:51 is the climax of John 1:19-51.  It is the first time Jesus teaches in John.  It is the first of many times that Jesus refers to himself as “the Son of Man” in John.  And it is the first of twenty-five sayings introduced with the solemn words, “Truly, truly, I say to you.”  The words, “you will see heaven opened, and the angels of God ascending and descending on the Son of Man,” are an allusion to Jacob’s dream in Genesis 28:12: “he saw a stairway resting on the earth, and the top of it reached to heaven. And the angels of God were ascending and descending on it!”

All Jews acknowledged Jacob/Israel, the father of the twelve tribes, as one who had received a critical revelation from God.  In John 1:51 we learn that Jesus replaces and surpasses that revelation.  He bridges heaven and earth.  As the “truth” about God Jesus is the “stairway to heaven.” As John 1:18 says, “No one has ever seen God; the only God,who is at the Father’s side, he has made him known.”

[1] D. A. Carson, The Gospel According to John: An Introduction and Commentary, Pillar New Testament Commentary (Grand Rapids: Eerdmans, 1991), 157