With the Australian Federal election now resolved, a plebiscite on marriage law reform could take place in the very near future. It is more important than ever for us all to think carefully and compassionately about where we stand. Not only will we be asked to place our vote (which is a powerful privilege not to be taken lightly), we also will have the opportunity to discuss this important topic with friends, family, co-workers and others in our lives. Whether we like it or not, whether we care or not, we will all have to make some decision on the matter and so, if you haven’t already started engaging with this debate, now is the time to start.

Most people are aware of the tensions and anxiety that this debate raises. If you identify as part of the LGBT community and you long to see the law changed, then you may be less than enthusiastic about a such a public discussion on a topic that is very personal to you. You may identify with the concerns expressed by Senator Penny Wong during her speech at the Lionel Murphy Memorial Lecture last June, when she stated “I oppose a plebiscite because I do not want my relationship, my family, to be the subject of inquiry, of censure, of condemnation, by others.”

If, on the other hand, you are opposed to changing the legal definition of marriage (whether you are a Christian or not), you are probably all too aware of how your position is often dismissed as simply a form of bigotry or homophobia. There is fear on both sides. One side fears being the subject of open hatred and the other side fears their words being labelled as hate speech even before they are articulated.

Despite these fears, this debate is a good and necessary one for us to have. Marriage is an important and foundational relational structure in our society and if we are considering changing its legal definition, then that is worth discussing. Whatever mechanism is chosen as the way of deciding whether the change should occur (e.g. a referendum, a non-binding plebiscite, a binding plebiscite, a free parliamentary vote, a parliamentary vote along party lines, etc…) the topic itself raises important questions: What exactly is this thing called “marriage”? What are its core attributes? What is its purpose? Where do we get our ideas about marriage from? Hollywood? The Bible? Our own experience? Does marriage have an objectively “true” definition, or should the definition evolve as society evolves? And what is the law’s function in all of this? Does the law of the land define marriage, regulate marriage, or simply recognise it as a reality of human experience? These (and many others) are all worthwhile topics of discussion and they deserve the effort of thoughtful and respectful debate. 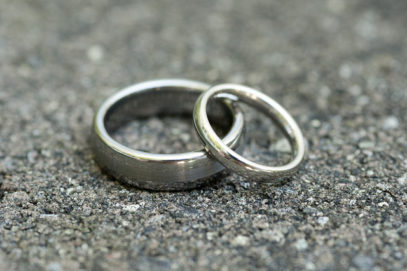 However, there are real concerns that the prospect of a plebiscite will provoke more than simply thoughtful discussion. In the lead up to the recent election, Opposition Leader Bill Shorten argued against the plebiscite, describing it as a “taxpayer-funded platform for homophobia”. He proposed that “If we give the green light to some taxpayer-funded debate contrasting the different positions of marriage equality you’d have to live on another planet to think that some of the critics of marriage equality are not motivated by homophobia.”

The sad reality is that this is actually true – there are some in our society who are truly motivated by homophobia. Sometimes Christians are afraid to admit this truth because we don’t want to be tarred unfairly with that brush. But we should be under no illusion that there are indeed ignorant and hate-filled people who oppose changing the legal definition of marriage for no better reason than the disgust they feel for same sex attracted people. It is a valid concern that a plebiscite will not only encourage healthy discussion about the definition of marriage among those willing to engage in respectful debate, but it will also embolden, as Mr. Shorten has warned, the “haters” to “come out from under a rock”.

Having said that, I would suggest that this concern is not a good reason to avoid a plebiscite. We shouldn’t be afraid of public discussion on important topics, simply because some “haters” will try to join in. That’s as weak an argument as saying we should shut down Facebook because of the dangers of online bullying. There will be bad apples, and this plebiscite will see haters and bigots on both sides. Our responsibility, especially as Christians, is to model a more mature and thoughtful engagement. In the months leading up to the plebiscite, we should approach discussions with a listening and compassionate ear, with respectful, articulate and winsome words, and without the fear that would threaten to end this debate before it really begins.

We should not let fear win. If it does, then the plebiscite will be blocked and the public discussion will be shut down. This won’t necessarily prevent us from discussing these issues with our friends and family, but the message will be communicated that the public debate is already over. It will also set in concrete the misconception that the only sort of person who would oppose changing the legal definition of marriage must be particularly bigoted and homophobic. It would validate the fear that the “no” campaign was something worth fearing – Not simply that they contain a few bad apples, but that the whole “no” campaign is just one big bad apple, rotten to the core.

This narrative, suggesting the complete moral bankruptcy of one side of this debate, has already been promoted for several years now. The most recent example of this was only reported this morning, when the Premier of Victoria, Daniel Andrews spoke to reporters after sending a letter to the Prime Minister appealing for the plebiscite to be dropped. He said, “This will be a harmful, spiteful debate. It will give legitimacy to hurtful views – views that are essentially bigoted, views that are very un-Victorian and un-Australian.” According to this false narrative, not only are you a bigot if you believe that the legal definition of marriage should not be changed, now your patriotism is being called into question! This type of “ad hominem” argument has got a lot of traction in the media. It’s emotive and it’s persuasive and many have accepted it without question. I hope you haven’t.

If this narrative is never challenged, then the freedom of people to be able to articulate their views about marriage will be threatened even more than it is now. Potentially, it would even legitimise legislation being introduced that would restrict people from freely teaching a different definition of marriage based on their personal or religious convictions.

This plebiscite may not be a perfect mechanism, but it will gives us all the opportunity to show that the fear-based narrative is wrong. We can demonstrate that, as Prime Minister Malcolm Turnbull has suggested, “It can be civil, it can be respectful and we will make a decision, as a nation.” For Christians especially, we must give no reason for the narrative to stick. Even as we seek to defend and explain God’s good purpose and design for marriage, our words must still “always be gracious, seasoned with salt, so that you may know how you ought to answer each person” (Colossians 4:6). As Jesus’ brother James instructed us, “let every person be quick to hear, slow to speak, slow to anger” (James 1:19).

There is much more that I could write to encourage Christians to engage in the public discussion leading up to this plebiscite in a way that is compassionate, thoughtful, biblical and clear. But firstly I suggest, we must recognise the accusations of those that would label us all as bigots, and we must commit to conducting ourselves in such a manner that shows that accusation to be hollow. We must engage in the lead up to this plebiscite with a heart that is open to listening carefully those that we disagree with. We must renounce the hate and homophobia that others might indulge in, and we must show – through what we say and how we say it – that it is actually love, not hate or fear, that drives our convictions about how the law of the land defines marriage. Let’s hope this plebiscite gives us that opportunity, and let’s pray that God helps us live up to it.

Simon is the author of the children’s book, “When Santa Learned the Gospel” and the founder of Simon Says Publishing, creating engaging resources to help people share the gospel. Simon has been actively involved at Bundoora Presbyterian Church since 2001 and serves there with Cat, his wife, and his daughter. Simon loves excellent public Bible reading, discussing the gospel, inventing board games and learning magic tricks. You can follow his blog at: simoncamilleri.com.

2 3 Ways Reading the Puritans Will Help You Thrive

3 A Christian’s Posture towards Pride Month and LGBTQ+ People

Real life Dementors are swooping around JK Rowling and they’re coming for you too. What did JK Rowling say to invoke such anger? She dared challenge the culture’s narrative JK...

The Best Advice I Ever Got on Answering Questions