This is the fourth post to a short series on the nature of gender. Click here to see the other posts in the series 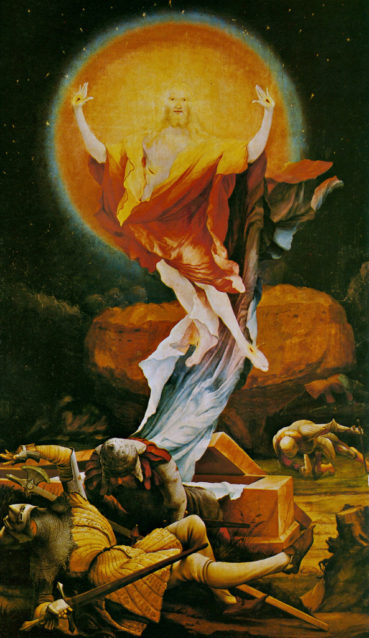 We also, very briefly, saw some of the ways married Christians are supposed to live that out. Husbands, like Christ, are meant to strive to show love, care and self-sacrifice in their behaviour toward their wives. Wives are to take their cue from the submission of the church.

Yet there are other implications. Some a bit unexpected.

Gender in the Light of Christ

For example, if gender is about marriage (as Genesis 2 seems to show), and if marriage itself is about Christ and the church—then, in one sense, all Christians are really female. Although we remain male and female toward each other, our deepest identity is found in gender’s fulfilment—that is, in our membership of his body.[1]

In one sense, all Christians are really female. Although we remain male and female toward each other, our deepest identity is found in gender’s fulfilment—that is, in our membership of Christ’s body.

At the same time, the coming of Jesus also relativises masculinity. Husbands must realise that both they and their wives belong to another bridegroom—Jesus, the true man.[2] Their temporary relationships will soon give way to the real marriage (Matt 22:30 c.f. Rev 19, 21).

Further, in light of this higher claim, all Christians who marry must (at least in some measure) live as if they weren’t married:

This is what I mean, brothers: the appointed time has grown very short. From now on, let those who have wives live as though they had none … For the present form of this world is passing away. (1Cor 7:29, 31)

This points us to another theological tension. Marriage, as well as testifying to Christ’s relationship with the church also in some sense competes with it. Thus Jesus commends those who remain single for the sake of the kingdom (Matt 19:12), and Paul similarly explains how being unmarried allows a person to more wholeheartedly serve the Lord (1Cor 7:32-34 c.f. v 6). The conclusion is that “he who marries his betrothed does well, and he who refrains from marriage will do even better” (1Cor 7:38).

In light of this, we see that single people and married Christians bear witness to Christ in slightly different ways. Those who marry are called to enact the Christ-church relationship through their love and submission. Singles, on the other hand, participate more fully in the reality of that relationship—they are free to bear witness to, and share in, the true marriage itself.

Of course neither group is free from the realities of created gender; nor of the demands of Jesus. Yet, by their different life-patterns, they offer a fuller picture of how the whole of life is about Christ.

Being male and female in the wake of Christ means both more and less. It means more because the meaning of gender has been revealed. Gendered relations—supremely marriage—can now be lived-out in light of their archetype. Yet gender is also relativised and overshadowed. The differences between man and woman are less significant than their common life in Christ.

And it looks like there are implications for this beyond marriage. For example, it’s clear that the New Testament has a more prominent place for women than the Old.[3] Consider, for example …

Living with the Tension

These developments, when considered against the things we’ve seen in this post, underline the point that Christians find themselves caught between the ages when it comes to gender. The patterns of creation still hold; but they are also overshadowed by the reality of Christ.

And it is tempting to make things simpler by choosing one side or the other.

Other Christians make the opposite mistake. They fail to see that the coming of Christ has altered the landscape around marriage and gender. They speak and act as if Christian life should be patriarchal in a more or less Old Testament sense, and see any attempt to qualify or soften that as a capitulation to the spirit of the age.

Some Christians want to live as if the end has already arrived. They don’t want to believe that the ancient patterns of male priority might still hold sway. Other Christians fail to see that the coming of Christ has altered the landscape around marriage and gender.

Both mistakes seek to relieve a tension that is unavoidable in this in-between time: a tension between the world to come and the world as it was created. One looks forward, the other back. But the New Testament teaches us that we have to do both. We’re called to see the past in light of the future. We’re called to honour the norms of our creation as well as the new patterns disclosed with redemption.

In our next and final last post we’ll try to talk about what that might mean in a bit more detail.

[1] Of course the image of bride is more usually applied to the collective reality of the people of God (or New Jerusalem), so we should be spare in our use of such language. Nevertheless, as we saw in the last post, 1Cor 6:15-17 also compares sexual union to Christ’s spiritual oneness with the individual. Furthermore, as Ephesians revealed (but it’s also clear in 1Cor 6), the root analogy which ties human marriage to Christ is bodily membership. Thus Christians, as members of Christ, take the part of bride whether they are called that or not.

We might note that this way of thinking accords with the ancient (and Puritan) theological belief that the soul was in some way feminine—specifically, the “beloved” described allegorically in the Song of Songs. See, for example, Tom Schwanda’s exploration of spiritual marriage in Bernard of Clairvaux, Calvin and the Puritans: T. Schwanda, Soul Recreation: The Contemplative-Mystical Piety of Puritanism (Eugene: Wipf & Stock, 2012), 35-74.

[2] English puritans such as Francis Rous, Richard Sibbes and Isaac Ambrose warn against the bigamy, or adultery, of raising the claims of human husband against those of Christ: T. Schwanda, Soul Recreation, 62, 67-68.

[3] This is not to ignore the isolated cases of female prophets and heroes in the Old Testament. It is simply to highlight the unavoidable reality that the story told in those books largely turns on God’s relationship with key representative males.

[4] It may have been this custom that contributed to the libelous rumour that Christians practised incest.

[5] The usual interpretation is that “man is now born of woman” is a reference to natural childbirth. Yet Paul has already spoken of evangelism as parenthood (1Cor 4:15), and has similarly shown an equivalent sanctifying power of both husbands and wives over their spouses and children (1Cor 7:14) – see above. Most significantly, it makes good sense of why he says this interdependence is “in the Lord” (v11) if he is referring to rebirth.