This is a response to Robyn Whitaker’s article on this topic for The Conversation, as reported via the ABC here.

Whitaker argues that there are only six references to homosexuality in the Bible, that it is not a major theme, and the Bible does not address the issue of same-sex marriage. This is a very narrow and limited reading of the Biblical evidence.

Firstly, as the topic is same-sex marriage, we need to look at what the Bible says about marriage, not just what is says about homosexuality. The issue on which we will express our opinion is the nature of marriage, not just the issue of sexual preference or practice. While there are only some verbal references to homosexual practice, there are many references to marriage as between males and females. This includes the creation of humanity as including males and females in Genesis 1, the institution of marriage in Genesis 2, the copious lists of married couples and their children throughout the Old Testament, the celebration of love between female and male in the Song of Songs, Jesus’ teaching on marriage and divorce in the gospels, and instructions about marriage in the New Testament letters. Marriage between male and female is described and celebrated in narrative, in song, in teaching, and in instruction. Whatever we think about the upcoming national survey, its subject is not sexual practice, but marriage. Marriage and family life is a not insignificant theme in the Bible. It is inadequate to tackle the major issue of the nature of marriage by only surveying the limited evidence on same-sex practice. 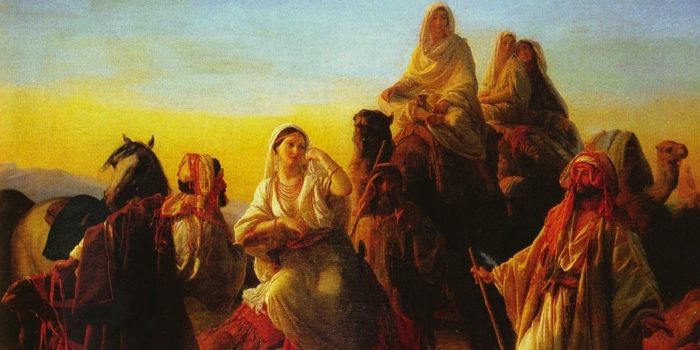 Secondly, marriage as a theme in the Bible has wider reference and significance than human marriage practices. The main and fundamental claim that the Bible makes about humanity is that it is created in the image of God: to know God, serve God, represent God, and reflect God. And humanity is created both male and female. So male-female marriage reflects a deeper truth about humanity, according to the Bible. And marriage is also used as a symbol of the relationship between God and his people in the Old Testament Hebrew Scriptures, as marriage is seen as a reflection of the relationship between Christ and his church in the New Testament [Ephesians 5]. So then breaking marriage relationships is also seen as a symbol of God’s people deserting him, and Christ’s people turning away from him. And the climax of the Bible is the final marriage of Christ and his people, in Revelation 21. There is much about this which is hard to understand, and no doubt for many, hard to accept. But any contribution to a discussion of the nature of marriage from a Christian perspective must take account of this material.

Thirdly, Whitaker claims there are only six direct references to homosexuality in the Bible [actually there are 7, including Judges 19]. However homosexual practice it is also referred to under the broader heading of porneia and its cognates in the New Testament, which refers to a range of sexual practices which are not permitted, including heterosexual fornication, adultery, as well as sexual abuse of children and anyone, incest and bestiality. It includes prostitution, but is not limited to it. So it is misleading to claim that there are only four relevant references. It is used both of sexual immorality in general, and also by a natural extension of meaning, it is also used of spiritual unchastity, of faithlessness to God.  Porneia and its cognates occur 55 times in the New Testament, so this is significant evidence. There is no doubt that Jews of New Testament time would have included homosexual practice between consenting adults as an instance of porneia. Surely this is also relevant material?

However it is not the case that the Bible focuses on sexual sins in particular. Here is Jesus’s summary of the human predicament in Mark 7:21,22:

Fourthly, Whitaker claims that statistical evidence is decisive, she sees only 6 relevant verses out of more than 31,000 verses in the Bible. I have tried to show that there is more relevant material than she allows. I also point out that there are only 17 verses in the whole Bible which refer to the Lord’s Supper or Holy Communion, and they are four versions of the same event, and yet most Christians take these verses very seriously!

Furthermore, it is disingenuous to assert that the Bible does not address same-sex marriage, and so is not relevant. The Bible does not directly address many issues of contemporary life, such as nuclear war, indigenous rights, democracy, or capitalism. Our contribution to discussions about such topics includes looking at related Bible teaching, and applying the implications.

I don’t imagine for a moment that people who do not claim to be Christians will find this Biblical information easy to understand or accept. But accurate and adequate information is essential for an informed and educated debate. Whitaker provides a narrow and selective reading of the Biblical evidence, as I have shown. Surely this insufficient for an informed debate?

I hope this article makes some small contribution to this discussion.