Protestant churches survived the era of their birth and grew large to provide spiritual shade and sustenance for countless men, women and children. But how? 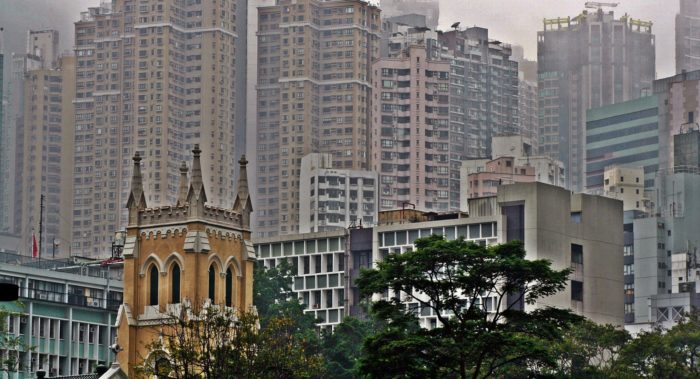 It’s not just in Wittenberg, Geneva or Cambridge that you can find one. In the Himalayan mountains of Nepal, in the Kenyan Rift Valley, amidst the hyper-urbanism of Seoul, or in rural America you can find a Protestant church. By any measure, the theological and ecclesiastical reforms released in the sixteenth century have demonstrated enormous capacity to take deep root in vastly different areas of the world. Indeed, one of the preeminent Anglican historians of our own day, Diarmaid MacCulloch, argues that adaptability is one of the greatest hallmarks of the Christian church. Despite significant opposition, Protestant churches survived the era of their tumultuous birth and grew large to provide spiritual shade and sustenance for countless men, women and children. But how? 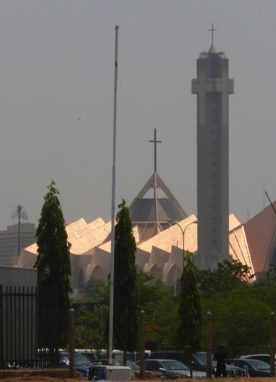 Providentially, the sixteenth century was a perfect storm, both outside and inside the church. Feudal social relationships were in decline, being replaced by an economy in which goods and services were traded for money. The old face-to-face way of engaging with the world was being replaced with a more decentralised and impersonal economy. We speak fondly of the invention of the printing press, because it enabled the production of cheaper books, but it also expedited the development of early modern capitalism by enabling the mass printing of money and contracts on paper. Hierarchical relations of deference had lost their mystique, and a more dynamic society of burghers, guilds and an educated laity took their place. The Protestant movement benefited.

Inside the church, everyone realised that corruption was great and reform was needed. It had only been a matter of a hundred years since the church had experienced leadership by three popes simultaneously. The early sixteenth century papacy was dominated by Renaissance princes, whose artistic or architectural vision outstripped their spiritual responsibilities. Luther’s visit to Rome in 1511 horrified him when he witnessed first hand the moral decrepitude of the clergy. The church had effectively become a stock exchange for trading merits, exemplified in the practice of selling indulgences, building on assumptions about relics, pilgrimages, purgatory, and priestly authority. This was by all accounts one of the lowest points in the history of the Western church, so the deep desire for moral renewal, even by non-Protestants like Erasmus, was evident.

It was not that there was no vibrancy or signs of life in the parishes of the late medieval church. Lay leaders were very active in their community, and church attendance was by and large healthy. Recent scholarship has made clear that churches around Europe were receiving great gifts of adornment for the fabric of the buildings, and the feast of Corpus Christi for example was a much loved event, with its intersection of community and parish interests as Eamon Duffy has attested. The problem was not the church’s liveliness, but the lucidity of its central message, which had been obscured in the midst of enormous social transformation, and theological and moral confusion. What did the church really stand for? In this context, the Protestant Reformers, Luther chief amongst them, were able to refocus the mission of the church by distilling a clear message about grace in a way that was understood in the vernacular and received in the heart. He preached about a direct encounter with the Lord, and preached in a way that expected listeners to experience the Lord directly. At the heart of the success of the Protestant Reformation was its bold and clear proclamation of Christ.

Of course, Luther’s own story was agonisingly conflicted. He sought to throw off the sullen message of the terrors of Christ inherited from his mother, and rejected the scholastic syllabus of the medieval universities that assumed a whole series of academic authorities would come between the text of the Bible and the human soul. The hierarchical nature of the church assumed that grace was mediated as a substance through sacramental pipelines overseen by priestly control. No direct encounter of the believer with the Lord was likely. No wonder that a protest movement had grown up in the fifteenth century, highlighted by the popularity of Thomas à Kempis’s book The Imitation of Christ, which yearned for a direct encounter with the Lord. While facing severe spiritual temptations, and encouraged by his abbott Staupitz, Luther learnt to see however that he could find consolation in his soul through approaching the Scriptures not in traditional scholastic or academic way, but on the basis of the more monastic and mystical belief that God could be encountered in the Scriptures pro me. Christ is the theme of the Scriptures and Christ meets us there as Saviour. Grace is not a commodity that can be traded but is the personal presence of the Lord in his Word.

In essence, Luther’s own experience of meditating on Romans 1 led him to conclude that the righteousness of God was not distributive justice, but an individual encounter with the Lord who gave him a gift, rather than made a demand. He had made the shift philosophically from an intellectualist to a voluntarist faith. He could later refer to this breakthrough with the exalted description of walking through the gates of paradise. No wonder that his journey to explain his insights saw him apply the word “alone” to his position. A direct encounter with the Lord was to be guarded by a series of formulas of exclusion (in Melanchthon’s terminology), so that Luther’s Gospel was by grace alone, through faith alone, for Christ alone, on the basis of the Scriptures alone. For in Luther’s world, when meeting the Lord, less was more.

But Luther was not content to keep his clarified understanding of the message of the Scriptures to himself. In the very way he constructed and communicated sermons, his preaching demonstrated these principles too. He believed that no preaching was neutral, merely comprising some pious thoughts for the day. His Reformation breakthrough had been an apocalyptic event, and consequently he believed his preaching was an engagement in spiritual warfare as well, for preacher and hearer alike. A sermon must address the very people listening, for it should not be conceived as a knowledgeable essay but a focussed spiritual address. Like a carpenter, Luther said, the preacher must work with the very piece of wood before him, with its own unique grain, knots, and shape. The sermon is a direct word to this very congregation from the Lord. The messenger of the Lord doesn’t bring a message about the Lord, but a message directly from the Lord, as Paul teaches: How are they to believe in him whom they have never heard? (see Romans 10:14)

It goes without saying that the reformers were first rate thinkers, whose writings can be read today with great spiritual profit. But they still believed that good theology is theology that must be preached. Good theology is theology which serves the spiritual growth of the laity. Good theology has clear and sharp application and exhortation. Good theology must be able to take the form of direct address. And people travelled from near and far to hear Luther do just that. He himself gave this advice about preaching: “Cursed by every preacher who aims at lofty topics in the church, looking for his own glory and selfishly desiring to please one individual or another … Therefore … take pains to be simple and direct.” (Table Talk #3573). We ought not to be embarrassed at being bold in the pulpit.

Why did the Protestant Reformation succeed? Sociological factors played their part, though social or economic pressures were not the sole predictor of Protestant success. In no small part the Reformation succeeded in renewing the life of the churches of Europe because its leaders were grasped by a vision that Christians, no matter their estate, could have assured access to the Lord, and preachers demonstrated this theological confidence through sermons which preached the central message of the Scriptures with clarity. This in turn provided leverage for structural and moral renewal. It may not be altogether unreasonable therefore to say with Luther that it was the Word that did everything.

Rhys Bezzant is Dean of Missional Leadership and a lecturer in Christian Thought at Ridley College, Melbourne. He lectures in Church History, Theology and Christian Worship, and he is the Director of the Jonathan Edwards Center for Australia.

4 My Year in Books – Alistair Bain