When it comes to Jesus’ place in the universe, the Bible doesn’t mince words. God sent Jesus to die and rise again so that “in everything he might be preeminent.” (Col 1:18) Jesus is “the first and the last;” “the Alpha and the Omega;” “the beginning and the end.” (Rev 1:17; 21:6) His supremacy extends to lordship over our individual lives, so that, as his disciples, we can say “to live is Christ.” (Phil 1:21)

But it can be hard to know what this should look like. The final chapter of J. C. Ryle’s classic book Holiness is titled “Christ is All.” What does it actually mean for Jesus to be all in someone’s life? In your life? After reading Holiness, I picked up a biography—J. C. Ryle: Prepared to Stand Alone by Iain Murray—that put flesh to the bones of this idea. By reading about the ups and downs of Ryle’s life, we can learn how to live with Christ as our all in all.

Christ in Our Ministry

J. C. Ryle (1816–1900) is today renowned for his writings, but we can learn much from how he lived as an Anglican minister and later the Bishop of Liverpool. In all the places Ryle served, Christ was always at the centre of his ministry:

Whether he was addressing Members of Parliament, or a rural congregation, whether university undergraduates or children, the primary intention was … presenting Christ to both the unbeliever and the Christian. (133) 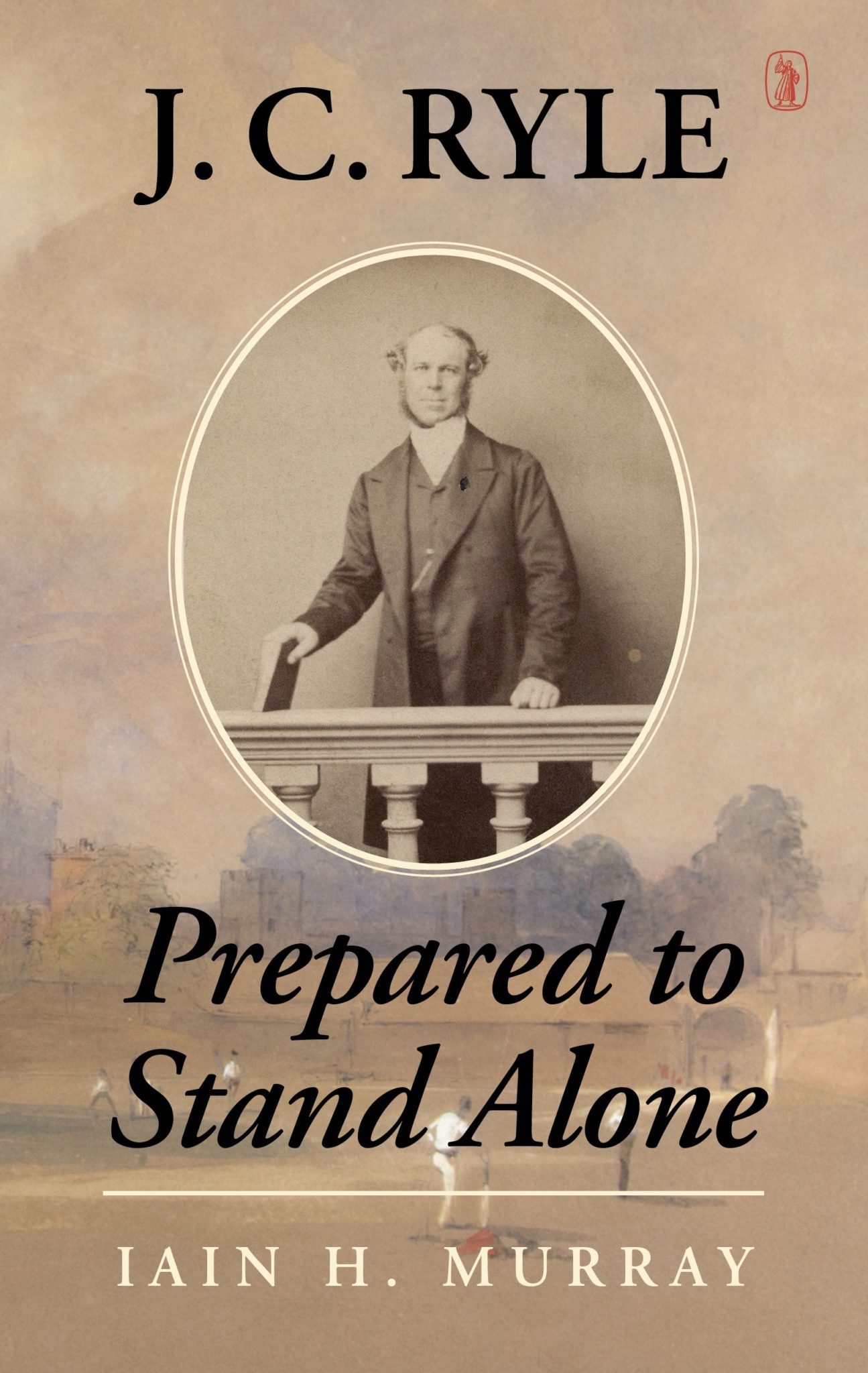 The life of J.C. Ryle included remarkable contrasts – the promise of a fortune, then the poverty of a bankrupt; a Suffolk country pastor, then bishop of the leading seaport of the British Empire. But there was a still greater change – from the youth at Eton and Oxford, who did not pray or read his Bible till he was 21, to become a Christian ‘bold as a lion for the truth of God’s Word and his Gospel’. He believed in definite doctrine – a message which does not adjust to the changing times.

As I read about Ryle’s early life, this emphasis made sense. His family wasn’t religious, but as was the custom of the time, he grew up attending church and school chapel services. He was even confirmed in the Anglican church. Yet Ryle later said,

For about the first 18 years of my life, neither at home, nor school, nor college, nor among my relatives or friends, had I anything to do good to my soul, or to teach me anything about Jesus Christ. (18)

It’s extraordinary he could have been around churches so long and never learned of the grace of Jesus Christ. When Ryle finally became a Christian, Jesus became the theme of both his life and his ministry. Ryle had experienced firsthand there can be plenty of religious talk without real faith. He didn’t want anyone else to perish for not knowing the Saviour.

Ryle had experienced firsthand there can be plenty of religious talk without real faith. He didn’t want anyone else to perish for not knowing the Saviour.

Ryle’s story prompts us to urgently evaluate the ministries at our own churches—are we talking about religion, or are we preaching Christ?

Christ in Our Suffering

One of the most encouraging aspects of Christian biographies is seeing the sovereignty of God at work. It’s one thing to affirm it as doctrine; it’s another to get a birds-eye view of someone’s life so you can trace God’s hand and see his power most evident through weakness and suffering (2 Cor 12:9–10).

The way Ryle cherished Jesus Christ is all the more profound considering how much suffering he experienced. He truly knew Jesus was better than anything else. He could truly say with the Apostle Paul he was willing to endure any loss “because of the surpassing worth of knowing Christ Jesus my Lord.” (Phil 3:8)

The greatest trial Ryle faced would surely have been the loss of his wives. He was married three times. He buried each of them. His first wife, Matilda, died only two years after they were married, leaving behind an infant daughter.

Yet even in the midst of deep pain, Ryle trusted in his Saviour—knowing afflictions are a means by which God draws us nearer to himself. As Murray writes, “There is nothing unforeseen and unplanned in the lives of God’s people.”

Is Christ “all” to you in the midst of pain? Have your sufferings brought you closer to him?

Christ in Our Contending

Considering the subtitle of this biography, “Prepared to Stand Alone,” it’s not surprising Murray spends considerable time exploring Ryle’s commitment to the gospel and the conflicts he was embroiled in over the course of his ministry. He opposed the likes of Anglo-Catholics and Ritualists wanting to pull the Church of England away from the teachings of the Reformation.

In one controversy, he objected to a group who promoted reunification with non-Protestant churches: “Even if I stand alone,” Ryle wrote, “I cannot change my opinion.” (189)

Even if I stand alone … I cannot change my opinion.

The conflict became painfully personal when he and his son Herbert disagreed over theology, including the inspiration of Scripture, with Herbert adopting a more liberal position. While he still kept up a warm and close relationship with his son, Ryle was unwilling to compromise his fidelity to the Word of God.

But in all this, Ryle wasn’t nit-picking or unnecessarily slaying opponents from atop his favourite but misguided hobby horse. He didn’t fight for the sake of it—he was always contending for Jesus and his Word. It was over the purity of the gospel that he was prepared to stand alone. And the remedy to such false doctrine was always the same: “Christ rightly known, Christ truly believed, and Christ heartily loved, is the true preservative against Ritualism, Romanism, and every form of idolatry.” (119) Ryle was Christ-centred even in his conflicts.

When you contend with those inside and outside the church, does this come from a love for fighting or love for Christ?

In J. C. Ryle: Prepared to Stand Alone, Iain Murray challenges us to emulate Ryle in his devotion to Jesus. This book will spur you on to love Christ more deeply and glorify him more fully. There are many lessons J. C. Ryle can teach us through his life and writings, but one stands out to me: in your ministry, your suffering, and your contending, resolve to be Christ-centred.

Cassie Watson is copy editor and editorial project manager for The Gospel Coalition (US). She is part of Merrylands Anglican Church in Sydney. You can follow her blog or connect with her on Twitter.