I had to tell my daughter to hide this book from me, so I’d actually get some sleep.

Whenever I picked it up, I found it hard to put down. Boy Swallows Universe by Australian Journalist Trent Dalton is a book that grabs you by the collar and doesn’t let you go. It’s won numerous awards (just check the front cover), and when you read it, you’ll know why.

(Spoiler alert: this article gives away some of the plot). 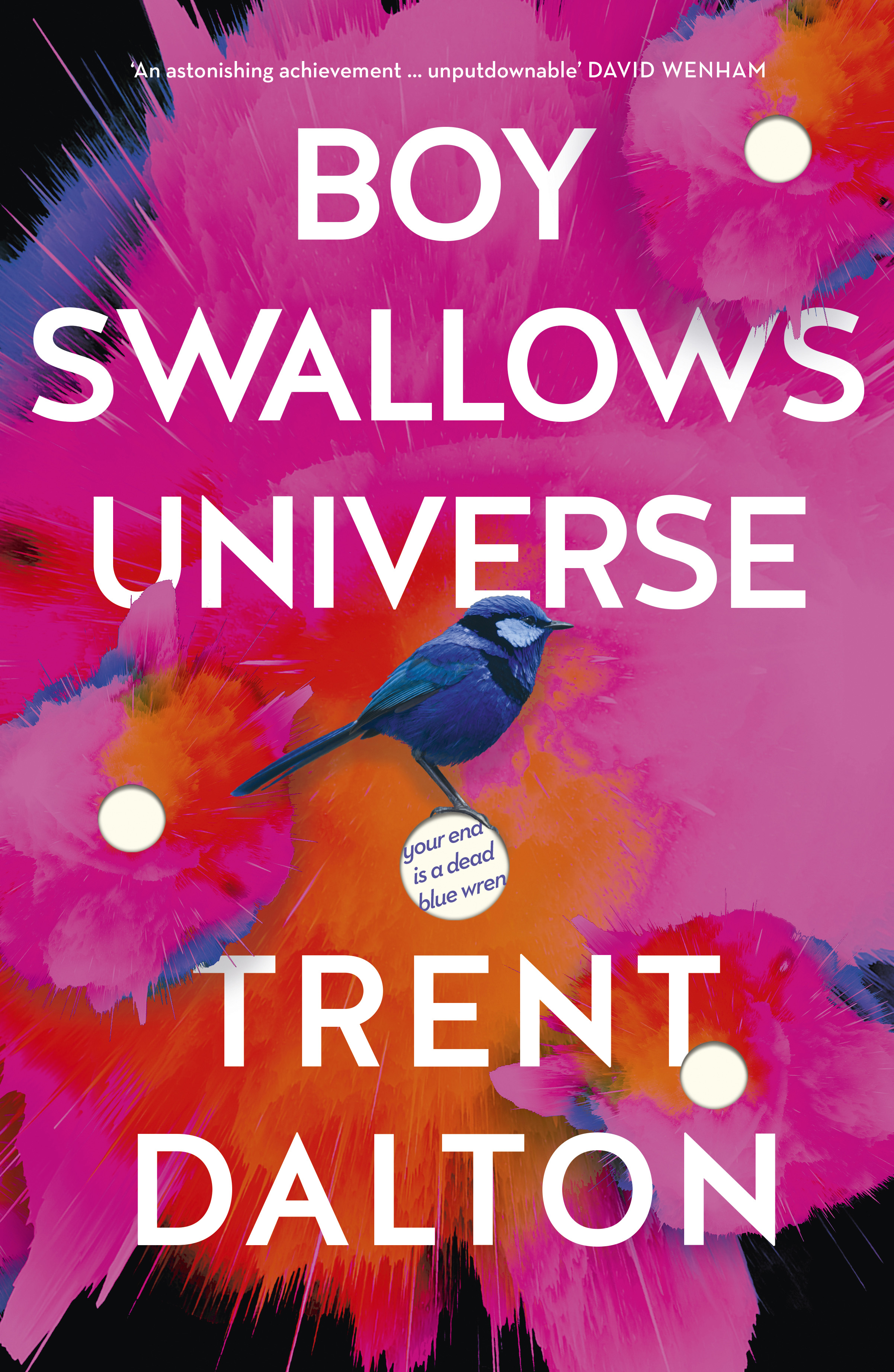 Boy Swallows Universe is set in Brisbane’s western suburbs in the mid 1980’s. It tells the fictional story of Eli Bell and his mute brother Augustus, two boys growing up in broken circumstances (although Trent Dalton says it’s partly autobiographical).

Eli and Augustus begin the story in the care of their mum and step-dad Lyle, who are small-time drug dealers. They’ve got a notorious criminal for a babysitter. And as if their world wasn’t complicated enough already, drug lord Tytus Broz comes in and turns it upside down.

Boy Swallows Universe is a wild ride. We taste the brokenness of family dysfunction, DV, drugs and poverty (this book comes with a language warning). Reading this book put COVID-19 in perspective: many people have way more painful and difficult lives.

Boy Swallows Universe is a wild ride. We board a roller coaster as we follow Eli trying to make the best of his difficult and painful life. We taste the brokenness of family dysfunction, DV, drugs and poverty (this book comes with a language warning). Reading this book put COVID-19 in perspective: as challenging as this time is for me, so many people have way more painful and difficult lives.

Trent Dalton is superb at this craft. As Annabel Crabb points out, ‘[Dalton] can describe a kitchen table in a way that makes you want to throw your arms around it‘. He brings the housing commission world to life, with all it’s grittiness and pain. The drunken men. The battered women. And the children just trying to survive.

It’s as intense as it is dramatic.

But more than that: what I loved was the storyline. It’s a coming of age story about a boy who’s trying to grow up in broken world full of obstacles and wrecked people. Yes, he does get caught up in some of the brokenness (e.g. trying to sell heroin to a Vietnamese drug gang). But he’s trying to do the right thing, and become a good man. Eli wants to create a life for himself, his brother and his mother that’s good, and worth living (complete with a house in Brisbane’s leafy suburbs).

Haunted by A Deeper Meaning

But this need for purpose is deeper than Eli chasing after his bit of the Australian dream. Throughout the novel, we glimpse a world haunted by a transcendent reality. A reality that fills the world with purpose, wonder, and meaning.

And it’s this greater purpose that gives meaning to Eli’s extraordinarily broken life. As we follow Eli in the story, we see him rise above his awful circumstances, because he’s on a mission. And it’s more than simply a mission of his own choosing. A transcendent reality is moving him—and the rest of the world—along.

And this greater reality infuses Eli’s need for justice. Throughout the novel, we feel the injustice of the brokenness around Eli. His drunken father, who can barely look after them. His mother’s tragic DV relationship. The drug dealer who killed Eli’s step dad. The post-modern secular view that morality is relative, that it’s something people make up, is shown for the nonsense it is.

And yet, even though the story is haunted by whispers of transcendent meaning and morality, the purpose of Eli’s life doesn’t go much beyond the Australian dream. Yes, he ends up in a good place at the end of the novel—having the job he dreamed of. And with the quintessential girl of his dreams. Yes, there is justice for the drug dealer that murdered his beloved stepdad. Yes, it’s a cracking good story.

But as far as real meaning goes, it only hints that there’s more to life than the Australian dream. Getting the quintessential girl and job of his dreams may bring satisfaction in the short term, but it’s not enough to sustain us in the long term.

And it’s not enough to sustain us in a pandemic. COVID-19 is raising the big questions of life and meaning for so many. And these are questions that even this brilliant book doesn’t answer.

Instead, for such wisdom, we need reach no further than the biblical book of Ecclesiastes, which has something profound to say about our worldly dreams. While achieving our goals may bring some meaning and satisfaction, such meaning doesn’t stay for long:

My heart took delight in all my labour,and this was the reward for all my toil.Yet when I surveyed all that my hands had doneand what I had toiled to achieve,everything was meaningless, a chasing after the wind.(Ecclesiastes 2:10-11)

The Meaning We Need

While this book hints at a transcendent reality above and beyond our ordinary lives, it doesn’t explain what this is. But from another book—one written by the Author of life Himself—we come to understand this reality in all its glory.

According to the Bible, there is a drama that’s unfolding. A drama that we’re invited—nay, commanded—to enter. A Story that is above and beyond any other story. A story where we face the problems of this world with a Guide who saves us out of it. And where we are promised an end, not consisting of the Australian dream—the job, the house, the family—but of a far reaching reality beyond any dream.

Another author, CS Lewis, paints a picture of this upcoming reality when he writes in his Narnia series:

[Our death] is only the beginning of the real story…the Great Story which no one on earth has read: which goes on forever: in which every chapter is better than the one before.’ [1]

Akos also has a Master of Arts (Theology), and is a former CEO of TGCA.