The podcast mentions the book Jesus and John Wayne—How White Evangelicals Corrupted a Faith and Fractured a Nation by Kristin Kobes Du Mez (published in 2020). Du Mez, who is a history professor at Calvin University, has written for many US publications, including the New York Times. Her previous book was A New Gospel for Women.

In Jesus and John Wayne—Du Mez tracks the growth of what she describes as “militant masculinity” in the evangelical world within the USA. She systematically follows the growth of this brand of masculinity from Billy Graham as early as 1949 through more than half a century to Mark Driscoll and the Mars Hill Church 1997 to 2013. 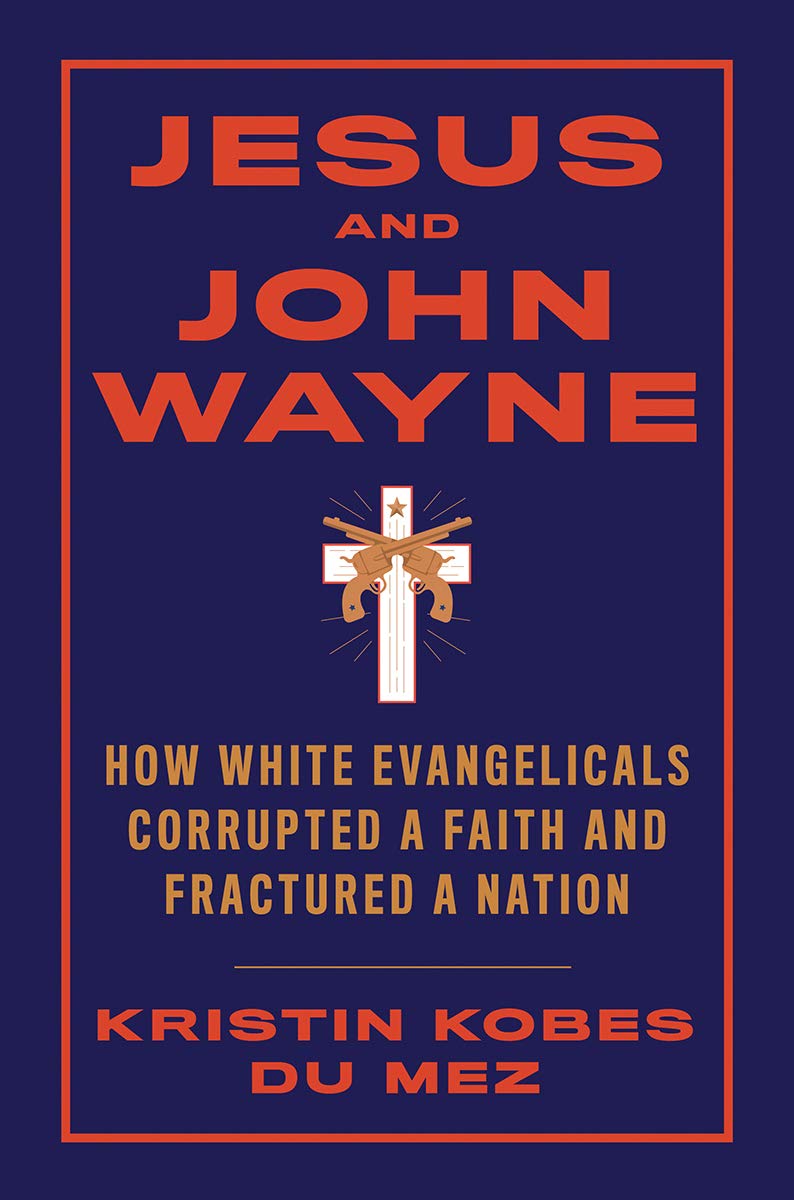 Jesus and John Wayne: How White Evangelicals Corrupted a Faith and Fractured a Nation

purchase
purchase on amazon Purchase at the Wandering Bookseller

Jesus and John Wayne: How White Evangelicals Corrupted a Faith and Fractured a Nation

As Du Mez works through the decades, many of the names that come up will be familiar to Australian evangelicals—for example:

Other familiar names appear, including Mark Driscoll, C.J. Mahaney and Bill Hybels, along with the sad and troubling events surrounding them. Du Mez outlines many instances of abuse of power within the evangelical world and a large number of sex scandals. Unfortunately, the past half-century has given her a lot of material to work with.

Du Mez outlines many instances of abuse within the evangelical world. Unfortunately, the past half-century has given her a lot of material to work with.

“Popular” evangelical books about masculinity are mentioned, but also more serious theological explorations of the role of men within the Christian faith e.g. Piper and Grudem and the Danvers declaration in 1989—named after meeting in Danvers, Massachusetts in which the Council for Biblical Manhood and Womanhood released a statement and the term “complementarian” was coined. Du Mez shows in great detail how evangelicals grew in political involvement, and indeed political power, over these decades. She also explains the power of the communication and marketing networks that were built up within the evangelical community.

It’s hard to summarise almost 300 pages of detailed research, but her thesis is essentially that evangelicalism in the United States is a cultural/political movement rather than being theologically defined:

Despite Evangelicals’ frequent claims that the Bible is the source of their social and political commitments, Evangelicalism must be seen as a cultural and political movement rather than a community defined chiefly by theology. Evangelical views on any given issue are facets of this larger cultural identity, and no number of Bible verses will dislodge the greater truths at the heart of it. (Page 298).

From the start, Evangelical masculinity has been both personal and political. In learning how to be Christian men, evangelicals also learned how to think about sex, guns, war, borders, Muslims, immigrants, the military, foreign policy, and the nation itself. (Page 296).

Du Mez sees Evangelicalism in her country as inextricably tied to being “American and maintaining the white patriarchy”. For at least 50 years, the white evangelical male has been looking for a hero, someone to defend their worldview. They first embraced John Wayne (whose lifestyle was anything but evangelical), then a procession of other “strong men”, and eventually in 2016, endorsed and even embraced Donald Trump. Du Mez has really done her homework and shows the statistics to prove her point that the majority of evangelicals did eventually support him. The point of the book being that white Evangelicals embracing Trump was not an anomaly, but an inevitability given the trajectory of militant masculinity in the previous 50 years.

It is interesting that in a 300 page book on evangelicalism, I cannot recall the Bible being quoted once.

However one great weakness of the book is that every action by evangelicals is seen through the lens firstly of race (whiteness is an explanation for almost everything) and secondly the promotion of patriarchy. Any time an evangelical leader has called for men to take responsibility and care for their families, it is explained as an attempt to reinforce an oppressive white patriarchy. Male headship and responsibility are thus damned by assumption and association. It is interesting that in a 300 page book on evangelicalism, I cannot recall the Bible being quoted once.

I don’t know how widely read or influential this book will be in Australia. But I suspect it will make quite a splash in the USA.

I’ve written this review because it may be worth us getting ahead of the curve with this book.

I suggest at least three things to consider:

Potentially, there are two wrong responses. One is to double down on the hardcore militant masculinity that misuses power to silence people. Du Mez does a thorough job of showing the problems and damage that can result from this. The other mistake would be to roll over like a puppy and give up on what the Bible teaches about the different roles of men and women within marriage and within our churches. We should do neither. These matters are vital to the health of our churches and families within them.

We need to thoughtfully, prayerfully teach and lead on these issues in our churches, and where possible, speak to our culture. Leadership on these matters will require hard thinking, humility and increasingly, some courage.

Al Stewart is the National Director of the Fellowship of Independent Evangelical Churches (FIEC). He has also worked with City Bible Forum, Geneva Push and Katoomba Christian Convention, as well as serving as a bishop and director within the Sydney Diocese of the Anglican Church. He and his wife Kathy have four adult children.