Wade Mullen’s Something’s Not Right is just the right book at just the right time for a broader evangelical church reeling from numerous revelations of abusive behaviour by those who should be caring for and shepherding the flock.

Mullen, himself a pastor, writes mostly about Christian environments but doesn’t assume his readers need to be in such contexts—indeed one of the strengths of this book is that the principles that he shows us are quite obviously universal. Which is, perhaps, why it is all the more shocking to reflect upon them being used in Christian circles. 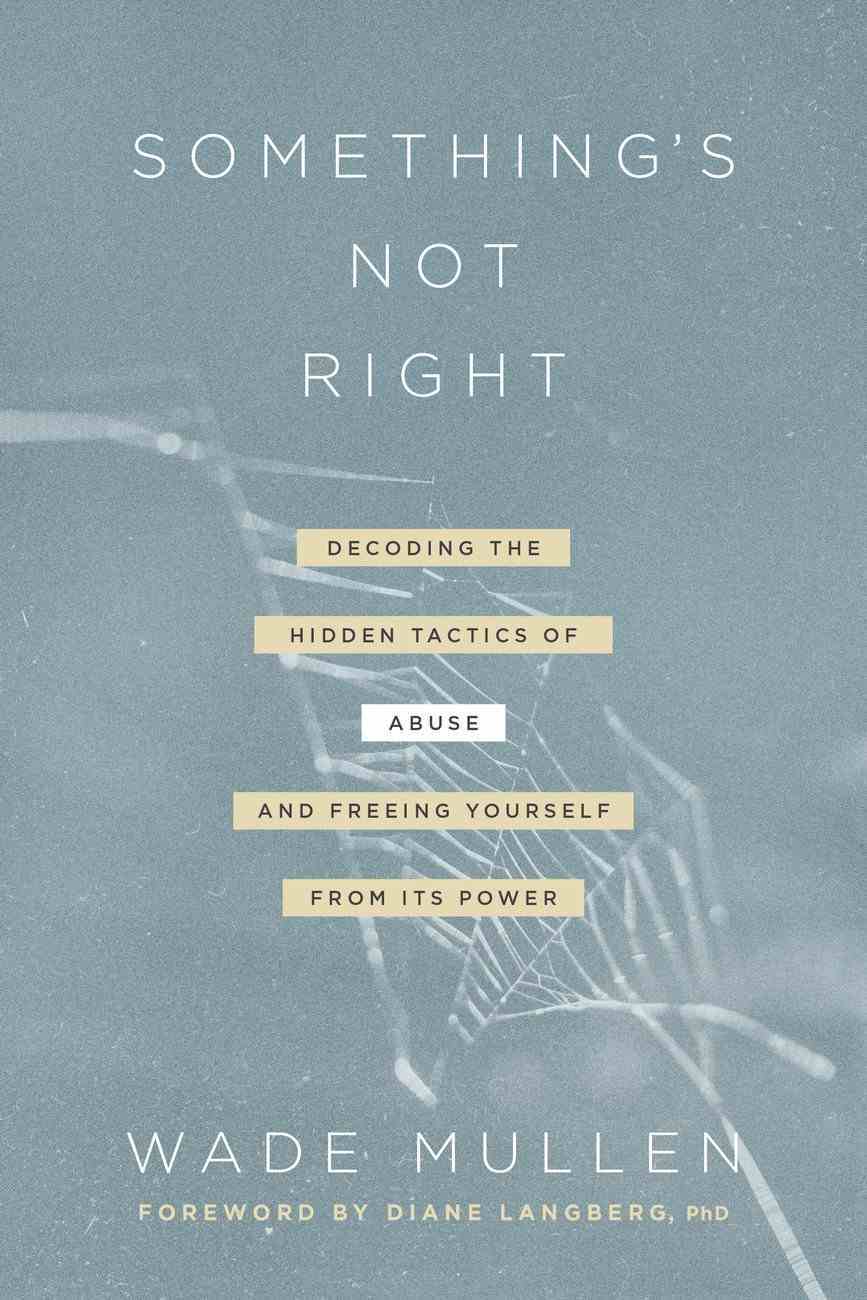 Mullen’s method is to “decode the hidden tactics of abuse” so that the reader might “free yourself from its power” and the 9 chapters are successful in achieving that purpose. Mullen takes us through, not only the different forms of abuse itself, but then also (and this may be very relevant for our current circumstances) the various strategies employed by both abusers and those who to respond to allegations.

Each chapter ends with a helpful summary page that gathers together the key issues to allow for easy revision and absorption. I found it immensely useful to return to these as I progressed through the book to help me understand the overall trajectory of Mullen’s argument.

And that argument is simple. Abuse almost always comes along with a system that contrives to prevent that abuse being properly dealt with—especially when the abuser is in what Mullen describes as a “keystone” role. Chapter 1 sets out the basics of this dynamic. Chapter 2 then looks at “charms”—the various means that abusers use to groom their victims. Chapter 3 looks more deeply at the ways that an abuser will deconstruct their victim’s sense of self. Chapter 4 provides a complementary examination of deconstruction of the external world including support from others. Chapter 5 then looks at the struggle, both internal and imposed by the abuser, to allow the victim to properly address the abuse.

The remaining chapters then turn to how abusers and their protectors respond to allegations. Chapter 6, “On the Defense” lays out the various personal methods used. Chapters 7 & 8 then turn to “Concessions” and “Demonstrations” and help the reader identify those methods used by abusers and their protectors to respond; methods that look like they’re positive movements but are actually simply more attempts to cover-up the seriousness of what is happening.

Something’s Not Right is a must-read for our leaders

Chapter 9 closes with a simple question “What Now?” But by this stage the reader is clear, perhaps clearer than they’ve ever been before, about what the next steps should be.

David Ould is the senior associate minister at St John’s Anglican Cathedral in Parramatta. He’s married to Jacqui and they have 3 kids. David was born and bred in the UK, converted in the States, married to a girl from Singapore and currently lives in Australia. He takes a keen interest in theology in general and the Anglican church more specifically and writes about all these things and more at davidould.net and a few other places. You can follow him on twitter on @davidould.