In 2020, Carl Trueman’s book The Rise and Triumph of the Modern Self was a smash hit (at least for a Christian book).

This is quite remarkable for a 400-page work of intellectual history, tracing 500 years of Western culture, inspired by the obscure sociologist Philip Reiff.

The Rise and Triumph found surprising fans too. Conservative Jewish commentator Ben Shapiro tweeted, “This is the most important book of our moment.” Deborah Savage in the Catholic World Report declared it “a book of singular importance.” 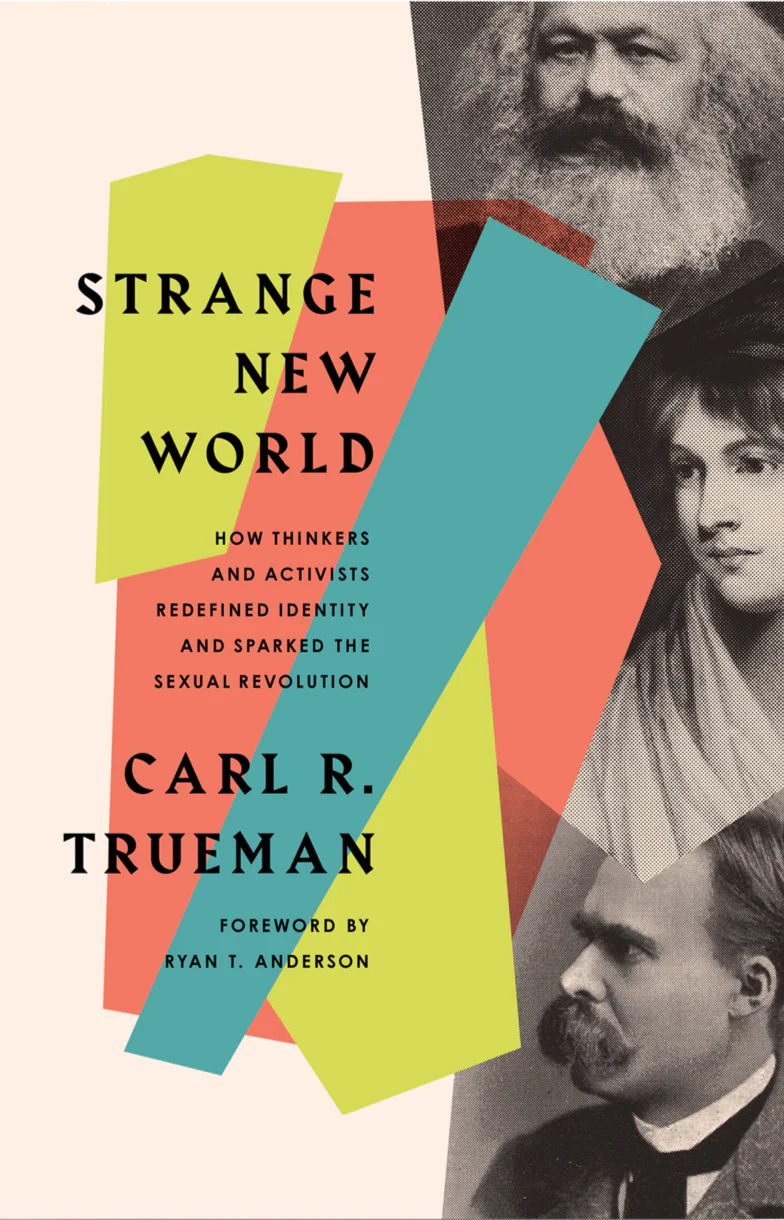 How did the world arrive at its current, disorienting state of identity politics, and how should the church respond? Historian Carl R. Trueman shows how influences ranging from traditional institutions to technology and pornography moved modern culture toward an era of “expressive individualism.” Investigating philosophies from the Romantics, Nietzsche, Marx, Wilde, Freud, and the New Left, he outlines the history of Western thought to the distinctly sexual direction of present-day identity politics, providing readers with a clearer understanding of the modern implications of these ideas on religion, free speech, and issues related to personal identity. For fans of Trueman’s The Rise and Triumph of the Modern Self, this new book offers a more concise presentation and application of some of the most critical topics of our day.

The most common criticisms of The Rise and Triumph of the Modern Self were that it is long and complicated, burdened with technical terminology, and gives only a cursory consideration of how we might respond to the situation it describes.

This year Trueman has published Strange New World, which “covers the same ground” more accessibly in under 200 pages (with no footnotes). It has a glossary to help with the jargon and its final chapter gives fuller suggestions for Christian response.

If you haven’t read The Rise and Triumph, now is a great chance to catch up with Strange New World.

Trueman sets out to answer a puzzle. In previous generations, it would have seemed utterly irrational for someone to claim to be a woman trapped in a man’s body (or vice versa). In our culture it is not only understood and accepted but celebrated. How, he asks, has that happened?

While the transgender question is the starting point, Trueman traces the rise of “expressive individualism,” the conviction I need to discover and express the “real me.” He shows how this movement was sexualised and gave rise to the sexual revolution. From the sexual revolution, sexual freedom became politicised, so ‘sexual minorities’ demanded acceptance and affirmation.

The discussion throws light on many features of contemporary Western culture: medical ethics; our fascination with psychology; the demise of religious freedom; patterns of worship; and developments in education. It connects the transgender trend with a long story of Western culture and familiar features of our contemporary society.

This makes the book feel incredibly revealing. Deborah Savage comments on The Rise and Triumph that “as I read through his analysis, there was a feeling of finally having found the full story.”

As I read through his analysis, there was a feeling of finally having found the full story.

Trueman’s works show the importance of history. It is almost impossible to understand the current moment without a sense of how things got to be the way they are.

Just as you only understand the location of your home when you can relate it to a local neighbourhood and a wider region; so you need a backstory to ‘get’ the times you live in. Our culture tends to be obsessed with the present (and the future) and relatively dismissive of the past. Trueman’s books show that if we are going to live and witness well in the now, we need to know about then.

Hence, like The Rise and Triumph, Strange New World traces developments through the influence of important thinkers. It offers clear and accessible summaries of the view of Rousseau, Hegel, Marx, Nietzsche, Freud and Reich. Trueman will help you understand these big names in philosophy and why they are important.

If we are going to live and witness well in the now, we need to know about then.

Strange New World is not alarmist. Trueman is not proposing there is a secret plot in which powerful individuals are undoing Western culture. Rather, the tides of ideas and technology touch everybody and shape the way we think and live. It is only possible to think critically and live counter-culturally if we recognise the shifting tide.

Responding to our Culture: Six Suggestions

Strange New World gives more attention (at least relative to its size) to how Christians should respond to a culture of sexualised and politicised expressive individualism. Here are the six suggestions it offers:

If you have not read the big version, it is certainly worth reading the little brother Strange New World. If you have read the tome, you will find the smaller book a good refresher and something you can give away more easily.

[2] See Nancy Pearcey, Love Thy Body: Answering Hard Questions About Life and Sexuality;
John W. Kleinig Wonderfully Made: A Protestant Theology of the Body;
Sam Allbery, What God Has to Say about Our Bodies: How the Gospel Is Good News for Our Physical Selves.

John McClean is Vice Principal of Christ College, and teaches in the areas of Christian Thought focussing on Systematic Theology and Ethics. He is the convenor of the Gospel, Society and Culture Committee of the Presbyterian Church of NSW and he writes a regular ethics column in the Pulse, the PCNSW magazine. He is married to Elizabeth, and they have two adult children.