Francis Schaeffer was a lifeline. For a curious Christian kid, interested in art and philosophy, Schaeffer was a revelation. Here was a conservative Christian who believed what I did about the Bible, but also took contemporary art and culture seriously. In him, I found someone who could talk with insight about Picasso, Rembrandt, and Duchamp; who thought The Beatles and Bob Dylan were saying something interesting; who was able to make biblical sense of French Existentialism and German Expressionism. I was hooked.

Many in the current generation will find a similar lifeline in Christopher Watkin’s Biblical Critical Theory.

Biblical Critical Theory is a major work of what might inadequately be called Christian apologetics or cultural analysis. In it, the intellectual architects of modernity are described and critiqued by someone with a subtle, first-hand grasp of their power. The result is a rich, sympathetic, and critical engagement with Christianity’s most powerful rivals. 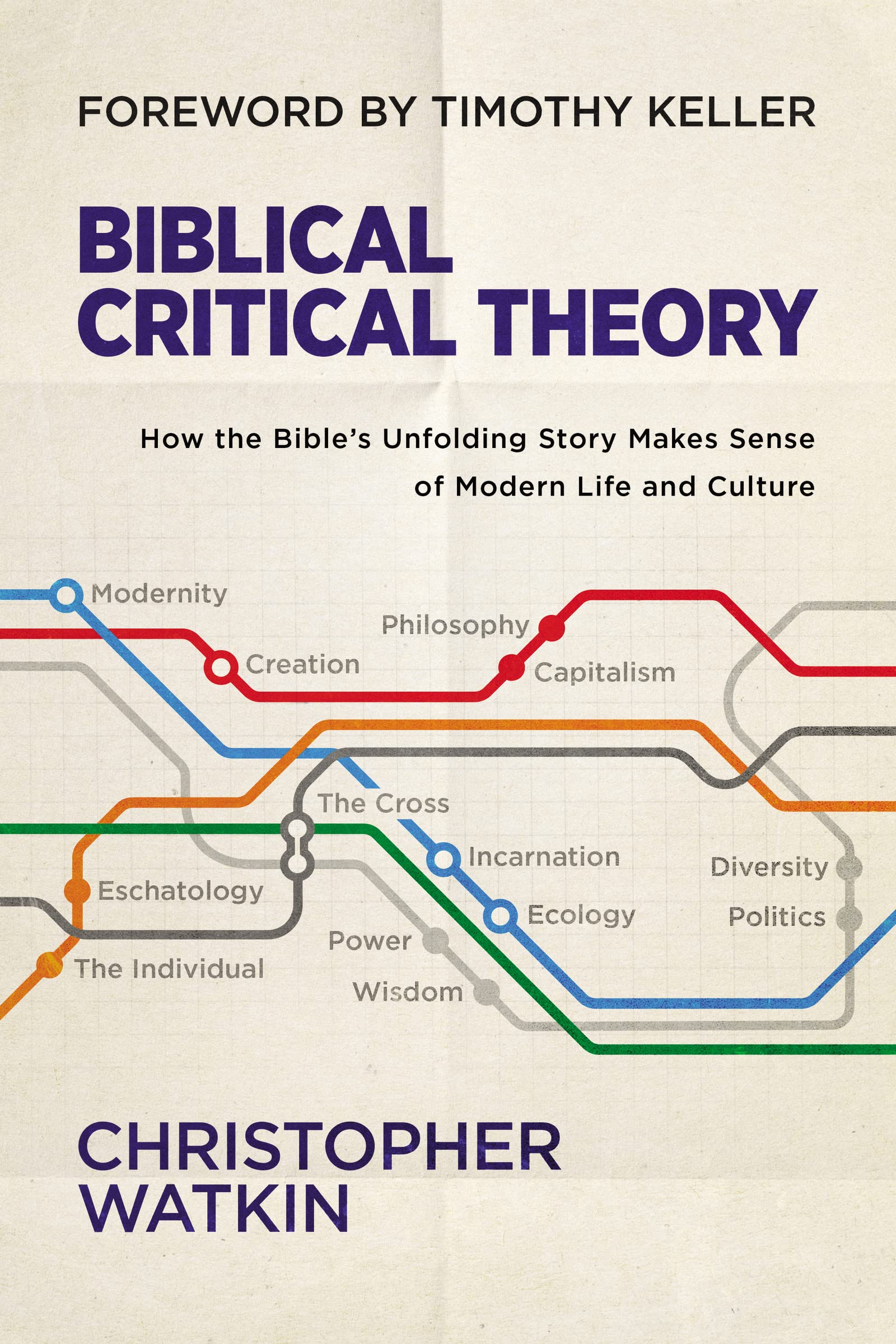 Critical theories exist to critique what we think we know about reality and the social, political, and cultural structures in which we live. In doing so, they make visible the values and beliefs of a culture in order to scrutinize and change them.

Biblical Critical Theory exposes and evaluates the often-hidden assumptions and concepts that shape late-modern society, examining them through the lens of the biblical story.

“Apologetics” or “cultural analysis” are inadequate descriptions of this book. It’s neither. And both. What it is, is a Christian critical theory.

And it is in this sense that Watkin has produced a critical theory. By using the Bible—its thought forms, figures, structures, and motifs—he sets out to interrogate our culture and make critical sense of what’s going on at the deepest level.

Watkin … sets out to interrogate our culture and make critical sense of what’s going on at the deepest level.

I have called it a Christian critical theory. Watkin calls it a biblical critical theory, which is more accurate. By using the word “biblical”, Watkin doesn’t mean to suggest a tribal loyalty or partisan position. “Biblical” is rather an indication of where the actual phenomena of scripture fits within his critical theory.

Let me explain. Many books on Christianity and culture will use scriptural concepts, abstracted up to a “Christian Worldview”, but leave the actual Bible behind.

Rather than enter the arena armed merely with the Bible’s ideas, abstracted and packaged, he goes in with the Bible itself—the Bible in all its sprawling complexity, historical particularities, and narrative intrigue. How will we answer the sophisticated challenges of Deluze, Butler, and Foucault? What will expose the deep structures of modernity? Watkin thinks the story of Adam and Eve, Israel, and Israel’s kings and temple, and wisdom tradition, and, ultimately, the scandal of the cross, are exactly what we need. The particularity (and peculiarity) of the Bible is not a bug. It’s a feature.

At the centre of Watkin’s project is the concept of “Diagonalisation”. By this (slightly ungainly) neologism, Watkin proposes that scripture, when deployed to do the work of critical theory, tends to diagonalize between the limited options modernity offers. As he explains:

Given a choice between two camps or positions in our culture, the Bible frequently settles for neither and presents us with something richer than both, a subtler solution that neither position has the resources to imagine. Time and again we see that the Bible’s figures cut across the range of options presented to us, only to find on further inspection that those options were themselves distorted and dismembered versions of biblical ideas. (xxxix)

“Diagonalization” in Watkin’s hands should not be mistaken for a tepid “third-wayism”, an inherent centrism, or a strategy for intellectual respectability (ew!). It is, rather, a strategy for allowing the paradox found at the heart of the gospel itself, the paradox of Christ crucified, to do subversive work on culture. Martin Luther’s Destruktion, Milbank’s “counter-fulfilment”, or C. S. Lewis’s idea of the “the blessedly two-edged character” of Christianity, are cases of “diagonalization”—points at which Christians have taken this paradoxical nature of Christianity and put it to work in the world of ideas and culture (see Watkin xlii-xliii).

Given a choice between two camps or positions in our culture, the Bible frequently settles for neither and presents us with something richer than both.

Schaeffer was a lifeline, and one for which I will be eternally grateful. But Schaeffer has a significant weakness. He often didn’t know what he was talking about. He had all the quirk and eccentricity of an autodidact. In his wonderful corpus there is ample evidence that he sometimes hadn’t understood (and possibly hadn’t read) the literature he was discussing. Christopher Watkin is original, but not an eccentric autodidact. In his day job, Watkin can be found teaching French studies to tertiary students at a major Australian university. It shows. Watkin knows what he’s talking about.

This is an important and significant work. It’s large and demanding but never obscure or needlessly oblique. And of the many things Watkin has learned from contemporary critical theorists, tortured prose is not one of them. Highly recommended.

Rory Shiner studied Arts at the University of Western Australia and theology at Moore College in Sydney. His PhD is on the life and work of Donald Robinson. He is senior pastor of Providence City Church in Perth, where he lives with his wife, Susan, and their four boys. He has written books on Union with Christ and on the relationship between Jesus’ resurrection and our own. His most recent book, The World Next Door: A Short Guide to the Christian Faith, is out now.