Mark Baddeley continues his review of James K. A. Smith’s Desiring the Kingdom (See part 1 here). In this second part he critically reflects upon the vision of humanity offered in the book and reflects on five ways that its view of us as desiring worshippers can help us in our allegiance to Christ.

The first way Desiring the Kingdom helps Christians is to makes better sense of our experience of sinning. Imagine two people experiencing sin problems in their Christian walk. The first person’s sin begins with bad theological views: they are so out of whack with reality that it leaves her vulnerable to temptation or even leads her to doing things that actually contradict Scripture. Nonetheless her core desire is to walk with the Lord Jesus as the guiding star in life, and the defects in her godliness bother her greatly. The second person has impeccable Christian beliefs but he has no real desire to live Christ’s way. He is pretty indifferent about his transgressions. 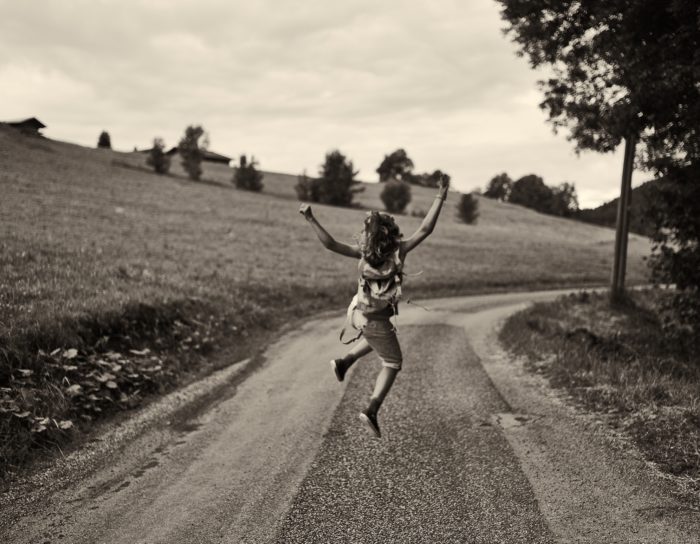 My experience, and that of pretty well every Christian leader I’ve met, is that, in pastoral situations, you’d prefer to deal with the the first person over the second every day of the week and twice on Sunday. If it’s simply a matter of wrong belief then that can usually be fixed fairly painlessly—sometimes with a single conversation. But if the problem is with the person’s heart and core desires, then you are grasping at air. There is nothing to work on. The best you can hope for is that the person continues to come to church and that the Spirit will breathe on them in that context so they are awakened. As things stand, that person is in danger of abandoning even the motions of the Christian life. They are likely to either drift away slowly or suddenly chuck it in when the demands of Christ finally and irrevocably come into conflict with what they really want out of life.

In the Christian life, a person’s core desires simply are a better predictor of their consistency of their walk than their orthodoxy. The fact that troubleshooting bad doctrine is actually easier in pastoral ministry than troubleshooting bad heart desires is also an indicator that it is the lesser pastoral problem. The heart of the problem is the problem of the heart. The head has only a supporting role.

2. The Irrelevance of Intelligence

Second, Desiring’s vision of human nature better accounts for how marginal an advantage intelligence and theological learning are in the Christian life. If (as the Enlightement would have it) we are primarily thinking beings who dispassionately actualise our understanding of reality, then there should be a great advantage in the Christian life to those who are intelligent and to those who are theologically trained. If the mind were in the driving seat, then the greatest assets in the Christian life would be raw intellectual ability to think well, and a large knowledge base of theological truths. We could transform the church by sending everyone to theological college for a spiritual tune-up, and helping them raise their IQ.

However, as most theological instructors will tell you, that’s nonsense. A formal theological education is not a panacea. Many people are relatively unchanged some years after their theological study from before they undertook it—what changes it did effect were only temporary. Over time, unless their engagement with their studies reshaped their fundamental heart desires, they track back to the level of spiritual life proportional to their core desires. 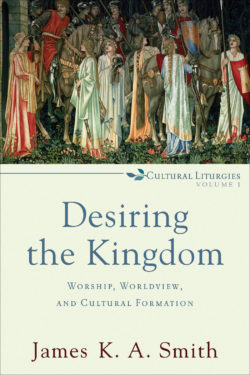 Rather than theological study guaranteeing spiritual transformation, the general wisdom over millennia has been that the relationship is the other way around: our affections and character determine our ability to receive truth. Godliness of the heart limits theological acumen, rather than theological prowess driving godliness. High intelligence is only an asset in theological study when it is married to a good heart. And less intelligent people, whose study truly is driven by love for God and love for their neighbour, are often more open to having their minds and lives transformed by the knowledge of Christ.

Third, Desiring helps us to recognise when a person is most at risk from temptation, and under what conditions they are most likely to abandon the faith. To diagnose these danger spots, we shouldn’t look primarily at their beliefs, but at their loves: What is their vision of the good life? What goods do they prioritize as most important? For when temptations arise that promise to deliver those goods in exchange for a decline in their Christian walk then those are the temptations most likely to overpower their resistance; those are the areas where the believer is likely to face the most serious danger.

While theological convictions can act as buttress to help us ground our resistance to temptation’s assaults, we are never in more spiritual danger than when our beliefs go toe-to-toe with our deepest and strongest desires and loves.

Fourth, Desiring helps make sense of the phenomena of how hard it is to convince someone when they don’t want to be convinced. It’s pretty obvious that it’s easier for people to be persuaded about something if they want it to be true. Conversely it is usually very, very hard to persuade them to believe in something clashes with their fundamental desires. As the old saying goes, “a person convinced against their will is of the same opinion still.” In speaking for the truth of issues, we also have to address people’s vision of what is good as well if we want them to genuinely consider our position.

5. Beyond the Myth of The True Self

Finally, as we’ll reflect on in the next post, Desiring helps us draw back from the idea that who we are is fairly fixed—and that good living is just a matter of being authentic to our true selves. In practice, who we are is in formation, and even the core that most determines the shape of our self—our fundamental desires—can be reshaped intentionally and unintentionally by the practices we undertake. We are people under construction. We don’t have to just resign ourselves to being what we are now. And we have to recognise that our choices are not at arm’s length to us—we ourselves can be become different people, for good or ill, through what we do. Aspiration, not authenticity, is the key to living well.

The shift from seeing our beliefs as the engine-room of our lives, to seeing our core desires as the heart of the matter has the potential to sharpen our grasp of the challenges and opportunities that face us in pastoral ministry and in the Christian life. Desiring the Kingdom has done us all a service by laying out the issues here so well.

Mark Baddeley lectures Doctrine at Queensland Theological College in Brisbane. He is married to Jennie and they have two children. He also serves as an elder at Redlands Presbyterian church. Mark is undertaking doctoral work on Athanasius and his view of the atonement. His other research interests include: the doctrines of grace, the Trinity, patristics, and Calvin’s theology. In his spare time, Mark enjoys gardening, board games, reading, obscure TV shows and exploring the possibilities of his BBQ.

I am half way through my second year of a Philosophy degree. Like most philosophy students, I began my degree with dreams of grandeur (in fact, now that I think...