In my final post I want to highlight one fairly significant disagreement that I have with Desiring—one already signalled in the last post. This disagreement involves Smith’s endorsement of the principle of ex opere operato—the idea that the power in the sacraments comes objectively from Christ himself; and, as long as the sacrament is done correctly, it does not depend on the subjective qualities of the one performing the sacrament. Desiring takes this principle and applies it to our practices more genuinely: our practices have the power to change and form us, just by the virtue inherent to the practice itself.

In this light, Desiring is taking aim at a Zwinglian view of the sacraments—that they are just empty symbols, a way for the participant to express their beliefs symbolically. Zwinglianism tends to reduce the Lord’s Supper to a memory aid to help the participant remember (in a very weird way) that Jesus died for their sins. Baptism, similarly is a symbolic communication that this person follows Jesus. This view tends to make the sacraments fairly pointless. Reading a Gospel account of the crucifixion, or lengthening the sermon, would better help us remember the Lord’s death than eating and drinking. 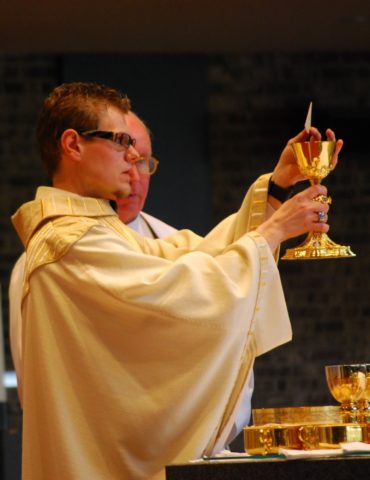 Now the Zwinglian perspective is endemic in Australia. We are a very prosaic people—sometimes a tone-deaf people—who struggle to get poetry, or the beauty of a well-chosen word, let alone acted symbols. Sacraments as bare symbols can seem pointless for Aussie Christians. It’s no surprise to me that I’ve heard people suggest that filling out a decision card is essentially the modern baptism—and probably more meaningful than baptism. For Aussies with a Zwinglian take on the sacraments that’s probably a fair description of how they seem, however much it is a cry for help.

If Desiring wants to nuke this kind of Zwinglianism—if it wants to attack the idea that our practices are just symbolic depictions of our existing convictions with no power to remould us—well, sign me up! Zwinglianism just doesn’t grasp the power of symbols. It fails to see how these things have power to reconfigure us as we practise them.

Yet, as it critiques that view, Desiring works from a perspective that is more in line with transubstantiation. Smith believes that the acts themselves contain grace, inherently and automatically. The hope held out in Desiring rests on the power of practices to transform us—either by their own power, or because God will always work through them.

Desiring, then, rightly seeks to liberate us from an Enlightenment rationalism (faith is nothing more than believing the right ideas and being able to apply them correctly to life). But it seeks to achieve that liberation by delivering us to something like Catholicism—where repentance (particularly in the form of good works, of habits that strengthen grace) is the engine room of life and faith, the primary way we develop our love for God.

Neither Bare Belief, Nor Faith in Practice

I want to agree with the critique, but offer another solution. I want to return to a notion of faith as personal trust in Christ—rather than just belief in true ideas. I want to argue that faith is the engine room of the Christian life because it unites us to Christ. Our repentance (including forming good practices) is an outworking of faith, that does have a feedback loop on faith to strengthen it, but only as the supporting partner. However, the main game is faith—not our beliefs, but our personal trust in Christ.

Desiring seeks to target “Bible only” evangelicals, whose monotonous response to the questions of life is “is this practice consistent with my beliefs?” Such evangelicals fail to ask whether those patterns of behaviour help or hinder the heart desiring what we want it to desire. The result is often moralism and

legalism, because rules are created, but hearts are left untouched; people are respectable but their vision of the good life is the same as their society’s except they also go to church. They are simply middle class in their horizon and desires, but with a Christian overlay (although only to the degree that it supports that secular vision of the good life).

I am completely on board with Desiring in wanting to overturn this. But the solution it proposes risks moving us back to the problems of state churches—where we put our hope in good practices that are not owned and invested in by the participant, but who just go through the motions; where we trust in the power of habitualisation and socialisation to transform the heart (and so arrive back at moralism and legalism by another path). Centuries of experience have taught us that practices do not retrain the heart automatically like this, but more normally immunize it. They act as a vaccine—creating a surface level Christianisation at the expense of harrowing the heart itself. Practices on their own do not have this kind of power inherent to them.

I think that what we really need is an approach that is more in harmony with the classical Reformed view of the sacraments. There, reality is present in the sign, but by faith and by the act of the Spirit and not automatically.

Practices are important, but they aren’t a silver bullet. God’s work does not simply piggyback on ours, such that our working guarantees grace, and our lack of working guarantees the absence of grace. If our habits and practices have power to reshape us into the image of Christ, that is dependent on our interior attitudes—whether they are done by faith and in love—and on the work on the Spirit who blows on them as his wills. There is a power joined to the act, but it does not operate automatically simply because the practice has been done. Most importantly, they depend on the public ministry of the word to be the engine room of their efficacy.

One Word, Many Receptions

This line of thinking then tracks back to where my previous post finished up—not a shift away from the central importance of the reading and exposition of Scripture, but a reshaping of how we go about it. We need to see these activities as not primarily about the passing on of new information, or of trying to get people to “really believe” what they say they believe. Rather we see teaching as a means through which people can be equipped to encounter the Word of God in the fullness of how it speaks to different aspects of our constitution. Preaching, as teaching, is primarily about forming people as worshippers and lovers, not about passing on information.

That’s not where Desiring itself goes, but reading it helped me grasp where I’m going with renewed vigour and gave me new tools for the task. I’d heartily encourage you to embark on the journey yourself.

Mark Baddeley lectures Doctrine at Queensland Theological College in Brisbane. He is married to Jennie and they have two children. He also serves as an elder at Redlands Presbyterian church. Mark is undertaking doctoral work on Athanasius and his view of the atonement. His other research interests include: the doctrines of grace, the Trinity, patristics, and Calvin’s theology. In his spare time, Mark enjoys gardening, board games, reading, obscure TV shows and exploring the possibilities of his BBQ.

1 A Real Miracle in The Prosperity Network

If you follow someone on Facebook, you can learn some interesting things about them. You might learn about where they went to school, some of their favourite foods, where they...

Finding Life in the Midst of Death