This year, novels got me thinking and writing about topics ranging from adoption (A Little Life), to sanctification (Ducks, Newburyport) to consent (Fleishman is in Trouble, Where the Crawdads Sing). As for the fiction I most enjoyed reading….

As Elizabeth Strout reminds us, ordinary people are mysterious creatures.

Observing ordinary people living normal lives might not sound like the makings of a compelling novel, but as Elizabeth Strout reminds us, ordinary people are mysterious creatures. We’re proud in some ways and insecure in others, we misunderstand other people and ourselves, and we’re capable of change. I expected great things from Olive Again, and Strout delivered.

Jack drank his whiskey quickly, sitting in his chair, because he was frightened. What frightened him was how much of his life he had lived without knowing who he was or what he was doing. It caused him to feel an inner trembling, and he could not quite find the words—for himself—to even put it exactly as he sensed it. But he sensed that he had lived his life in a way that he had not known. This meant there had been a large blind spot directly in front of his eyes. It meant that he did not understand, not really at all, how others perceived him. And it meant that he did not know how to perceive himself.

Lost in the Forest by Sue Miller

I picked up the 2005 novel Lost in the Forest by Sue Miller knowing nothing about the plot. It was difficult to read such a convincing depiction of a teenage girl lured into a sexual relationship by a (married) family friend and, through snippets of conversation from future therapy sessions, to be repeatedly reminded of the lasting impact it would have. The book is, thankfully, about far more than abuse. The final chapters, which deserve to be read in one sitting, bear this out beautifully.

Edie Richter is Not Alone by Rebecca Handler

I felt obliged to like it. I didn’t; I adored it.

A friend handed me a copy of Rebecca Handler’s (debut) novel Edie Richter is Not Alone so I felt obliged to read it. She said the author was a friend, so I felt obliged to like it. I didn’t; I adored it. It’s the story of a guilt-ridden daughter grieving over the loss of her father to Alzheimer’s, and her husband’s (often futile) attempts to support her as they pursue a fresh start in Australia. I loved the humour that came from Edie’s judgmental observations (one character “probably kept a gratitude journal”) and the warmth that came from unexpected friendships. Handler’s deft appropriation of a character many Perth readers will recognise was a particular highlight.

My sister turned into a very talkative person. She was scatterbrained and always looked like she fell out of a ceiling fan.

Sorrow and Bliss by Meg Mason

I read Meg Mason’s Sorrow and Bliss straight after Edie Richter and was struck by the similarities. Both focused on a childless woman struggling with grief and depression, both were funny and sad, often at the same time, both featured a hilarious sister and made me miss mine.

I said I am so sorry. ‘I’m the worst person in the world.’ ‘No you’re not.’ Patrick’s hand came down in a fist and he hit the arm of the sofa. ‘You’re not the best person in the world either, which is what you really think. You’re the same as everybody else. But that’s harder for you, isn’t it. You’d rather be one or the other. The idea you might be ordinary is unbearable.’ 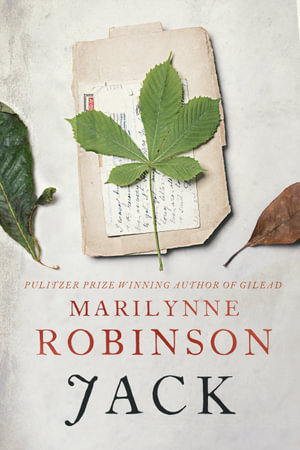 ​​She shook her head. ‘Oh, I’m sorry. Forget I said that. It’s just that I’ve been so mad at you for such a long time.’
He said what he thought. ‘I’m honoured.’

As for non-fiction, this year I read, and raved about (am still raving about…), the following.

On Reading Well: Finding the Good Life Through Great Books by Karen Swallow Prior

Each chapter in Karen Swallow Prior’s On Reading Well explores the workings of a different virtue in a different literary classic. Her reflections on kindness in George Saunders’ Tenth of December give new meaning to the phrase “dying with dignity”. (Saunders himself has written a similar book—that takes readers through four Russian classics—which I also loved.)

“For those so sick or depressed that they think their loved ones would be better off without them, I so wish for them to know what Don Eber came to know: caring for these bodies we inhabit for a while—whether that care is of our own or somebody else’s body—isn’t a distraction from what life is all about. It is what life is all about.”

You’re Not Listening: What You’re Missing and Why it Matters by Kate Murphy

Even if Kate Murphy’s You’re Not Listening didn’t include a shoutout to Elizabeth Strout, I’d be recommending it. It made me think of listening as a gift—one I’d like to give more fully and more often. It also made me think (and write) about the implications for online apologetics and mental health.

Indeed, one of the most gratifying things you can say to another person is: ‘I’ve been thinking about what you said’.

Best News Ever: Your 100-Day Guide to the Gospel of Mark by Chris Morphew

Morphew’s enthusiasm is infectious; I found myself reflecting on familiar stories about Jesus with renewed wonder and delight.

Chris Morphew’s Best News Ever is aimed at kids (aged 9-12) but I’m 38 and enjoyed it just as much as our primary-aged boys. Morphew’s enthusiasm is infectious; I found myself reflecting on familiar stories about Jesus with renewed wonder and delight.

Two thousand years ago, in an out-of-the-way corner of the Roman Empire, a dead man got up and walked out of his grave, and the world was changed forever.

The Secular Creed by Rebecca McLaughlin

The Secular Creed is a quick read and a valuable resource. Rebecca McLaughlin explores five popular—but at times, problematic—secular claims; and explains why diversity, equality, and love are at the heart of Christianity. She reminds us that Jesus was a poor man from a historically oppressed racial and religious group, who “commanded love for society’s most vulnerable and died a slave’s death”. The Bible is ancient, but in many respects, “progressive” as well.

For decades, feminists have been differentiating biological sex from cultural stereotypes, creating space for women to live as women in different ways. But if our bodies are removed from the equation, those stereotypes are all we have left.

What God Has to Say about Our Bodies: How the Gospel is Good News for Our Physical Selves by Sam Allberry

What God Has to Say about Our Bodies is another “quick read and valuable resource”, another book that testifies to the Bible’s timeless wisdom with winsome sensitivity (I was unsurprised to learn McLaughlin and Allberry are friends). From created bodies to broken bodies to redeemed bodies, Allberry reminds us that our bodies are part of who we are and who we will be. We should not worship them, but we can care for them, and glorify God with them.

God is not just interested in the spiritual part of us (which we imagine to be our soul or spirit), but with all that we are. And so in our body, no less than our mind or heart or anything else, we can bring glory to God.

Emma Wilkins is a Christian, journalist and freelance writer based in Tasmania.