Like me, you have more than likely been staggered by the tragedy of the nightclub murders in Orlando, Florida. It seems inconceivable that someone could go to such lengths, sink to such depths of depravity, as to plan and then so callously execute his scheme to kill as many as possible.

Sadly it seems that no sooner has the dust settled but many from every side of every debate have used the attack to make their various points. I’ve noticed a common theme pushing through; that everybody appears to claim that nobody is listening, nobody cares. As a result, every rejected proposition becomes more entrenched 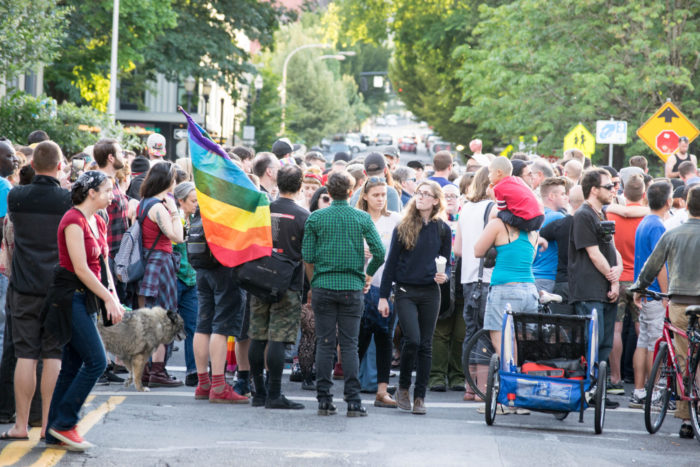 Social conservatives complain that the liberal establishment won’t face up to the reality of Islamic-inspired terrorism. Liberals bemoan the unwillingness of conservatives to cede any ground on gun control. Now, various gay and lesbian voices advocates are heard crying out that this violent act is connected to all other rejections of LGBT identity and practice. In one heated interview, British commentator Owen Jones protests that the crime mustn’t be ascribed to any other religious or political cause other than homophobia. So too, John Birmingham, in a Fairfax opinion-piece, says,

It’s easy to dismiss such bitter outbursts, but we mustn’t fail to see the great sense of rejection and hurt they express. If we have any compassion for people made in the image of God (as every single person is), then our first response must be some form of empathy; some attempt to understand where the hurt is coming from – no matter what we think about their views on sex and society. Such reactions represent (if possible) a whole self-defining community in pain.

Nonetheless, the great problem we face is that, for many people like Owen Jones, any moral disapproval of homosexuality is placed in the same bucket. Fred Phelps of the Westboro Baptists, the Orlando shooter and old Aunt Mabel who wouldn’t hurt a fly are really all in the same camp if they take a conservative position on sexual ethics. Any expression of rejection of alternate sexual ethics flows from a “fervently directed” hatred – which makes the Christian praying over the situation a hypocrite.

But of course there is another way. The Herald were kind enough to post my letter in response:

When Christians who are opposed to gay marriage offer prayers and sympathy for the victims of the Orlando shootings they’re not being hypocrites (“Orlando shooting: thoughts and prayers from hypocrites do nothing to help”, smh.com.au, June 14). We are simply following our master Jesus who taught us to love everyone, not just those we agree with. The reality is that if the Orlando shooter only understood this there would be 49 less dead today.

I could, of course, have said even more to expand the point. The gospel runs counter to Jones’ and Birmingham’s paradigm of rejection. Jesus was criticised for spending time with “sinners”. The Apostle Paul puts it this way,

In the Christian worldview, those who are ungodly – the “sinners” – are not to be rejected, so much as to be reached-out to. And when Jesus reaches out He does so with his own life. Jesus himself is met with terrible vicious pain-bringing rejection but he chooses to endure it so that we might not ourselves be rejected.

I find myself filled with sadness – not just for the outrage in Orlando, but also for the rejection expressed by Jones and Birmingham. They have internalised (and been victims of) a paradigm where disagreement means rejection. There is a terrible irony in Birmingham’s piece, for he does the very thing that he accuses others of: he writes-off those he disagrees with, with no desire for understanding or compromise. So we’re left with three players; the terrorist, Birmingham and the Christian. Tragically both the terrorist and Birmingham are operating under the same assumption: disagreement must result in rejection. Only the Christian thinks differently.

Or at least we should think differently. I hope, if you’re a Christian reading this, that you choose that different path. If Jones or Birmingham were sitting on the couch opposite you expressing, not only their own sense of rejection but, at the same time, a rejection of you – what would you do? Rejection is not the gospel response. Jesus reached out in love to a world that rejected Him.

And if we want to make a statement of clarity about sexual morality and the kind of things that happen in bars like Pulse, well then, all the more reason to not reject the “ungodly sinner”.

The story of the Orlando attack is a story of rejection. A terrorist who rejected a non-Islamic West and gay people in particular which they will never agree with. Defenders of the gay community who operate under the same paradigm of rejection.

The Christian knows a different story. Let’s not add to the rejection.

David Ould is the senior associate minister at St John’s Anglican Cathedral in Parramatta. He’s married to Jacqui and they have 3 kids. David was born and bred in the UK, converted in the States, married to a girl from Singapore and currently lives in Australia. He takes a keen interest in theology in general and the Anglican church more specifically and writes about all these things and more at davidould.net and a few other places. You can follow him on twitter on @davidould.