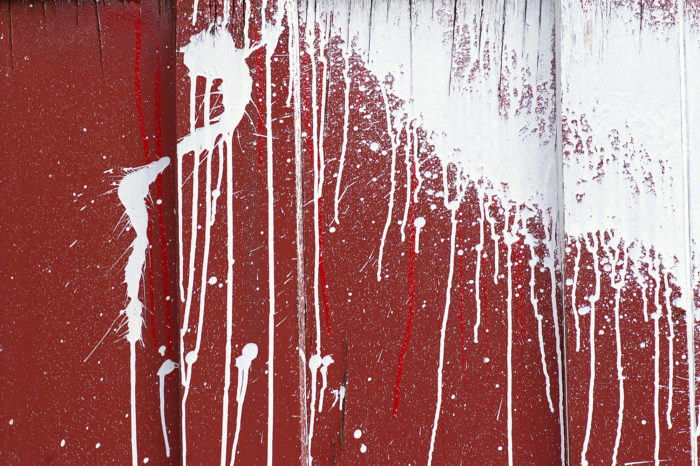 The concerted push to legalise same-sex marriage in Australia threatens to undermine the religious freedoms of our faith communities.

Earlier this month, the private office of Australian Marriage Forum President David van Gend was the target of vandals who spray-painted the word ‘Bigot’ across the building’s edifice.

Despite cautions from Australian Marriage Equality to ‘not jump to conclusions about the perpetrator’, it’s hard to believe that van Gend was targeted for any reason other than his opposition to same-sex marriage.

Regrettably, the AMF President is not the first casualty of this war against religious freedom – nor will he be the last. Over the past four years, public opponents of same-sex marriage have been subject to a coordinated campaign of censorship and vilification.

In January 2012, tennis legend and now Christian pastor Margaret Court was ruthlessly vilified for voicing a conventional heterosexual view of marriage. Gay rights activist Kerryn Phelps demanded that Margaret Court Arena be renamed to purge it of any association with supposed bigotry or homophobia.

Just four months later, Victoria’s deputy chief psychiatrist Professor Kuruvilla George – a former Christian missionary – was forced to resign from the Equal Opportunity and Human Rights Commission. The professor’s unpardonable sin was to sign a submission suggesting that children raised by both a mother and father fared better than children without a parent of either sex – a relatively mainstream view shared by many Australians.

Despite Professor George being cleared of any misconduct, his position on the EOHRC was made untenable by the vendetta of vilification waged against him.Shortly after, he resigned.

This culture of censorship is also infiltrating the sections of the
media, which are prosecuting a partisan agenda in support of so-called
‘marriage equality’.

In March, SBS management pulled a television advertisement
critical of same-sex marriage that had already been booked and paid for
by the AMF. Instead, the station broadcast an uninterrupted telecast of
Sydney’s Gay and Lesbian Mardi Gras.

Three weeks ago, ABC Radio National’s Fran Kelly shut down an interview
with Australian Christian Lobby Managing Director Lyle Shelton who
simply asked: ‘If you remove the gender requirement, why wouldn’t you
then remove the numeric requirement?’

Instead of acknowledging that polyamorists are in fact publicly demanding to be included in so-called ‘marriage equality’ reforms, Kelly accused Shelton of ‘scaremongering’ and guillotined the interview within 30 seconds.

Those of us who watched last week’s Q&A Special, ‘Between a Frock and a Hard Place’
would have noticed that the panel was stacked five-to-one against Fred
Nile, the single advocate of conventional heterosexual marriage. Indeed,
the special episode was aired with the specific purpose of highlighting
and presumably normalising ‘changing attitudes to sexuality and
gender’.

This debate is the single most decisive step in Australia to
curtail the right to freedom of thought, conscience and religion – a
freedom protected by the International Covenant on Civil and Political
Rights.

By contrast, the European Court of Human Rights has expressly ruled that same-sex marriage is not in fact a human right, as so-called ‘marriage equality’ advocates would have us believe.

This is where the Shorten-Plibersek ‘marriage equality’ bill –
currently before the Parliament – falls so short. It fails to provide
sufficient protections for private service providers who have a genuine
religious objection to facilitating a same-sex marriage.

Sure, it provides that ministers of religion will not be forced
to officiate same-sex weddings. This is the very least it could do.

But what about the Muslim wedding planner who has a genuine faith
objection to plan a lesbian wedding? Or the Jewish marriage counsellor
who cannot in good conscience provide sex therapy to an engaged
homosexual couple?

And this is no mere rhetorical question.

In 2009, a Christian relationships counsellor in the United Kingdom was sacked for standing by his religious conviction
to not provide sex therapy to a gay couple. His employer could have
easily reallocated his caseload. Instead, it fired him. The UK
Employment Appeals Tribunal upheld his dismissal as lawful.

If the Shorten-Plibersek bill is passed in its current form,
there will be no protection at law that would prevent the UK experience
from being mirrored right here in Australia.

The bill fails to appreciate the significant consequences of
legalising same-sex marriage for Australia’s faith communities. Instead,
it buys into the superficial rhetoric that any opposition to same-sex
marriage is bigoted discrimination that should be censored, silenced and
outlawed.

Much more than the institution of marriage is at stake in this debate.
At risk is the freedom of faith communities to not just believe but
also express their religious convictions in what is supposed to be a
modern liberal democracy.

Adam Ch’ng is the pastor of Cross & Crown, an FIEC church in the south-eastern suburbs of Melbourne. He is committed to cross-cultural ministry in Australia and South-East Asia, and serves on the committees of TGCA (Vic) and TGCA (Asia). Adam studied Arts/Laws at Monash University and theology at Ridley College. Prior to entering gospel ministry, he worked as a lawyer and ministerial adviser to the Abbott Government.

1 Reading Narnia While the World Burns

5 The Lion, the Wardrobe, and the Emperor’s Hangman

Are We Wasting the COVID Crisis?

Here’s a thought: What if the church is wasting the COVID crisis? I’m not simply talking about different choices of how to do church. Nor am I talking about what...

Could a Christian Vote for Trump in Good Conscience?