I can still remember the first time I experienced a Bible overview. I had already been a Christian for five years but it really blew my mind to see how all the events and characters of Scripture knitted together into a coherent, unfolding narrative of God’s dealings with his world. That was almost two decades ago now, yet I still feel a sense of excitement when I hear or read of how the whole Bible unfolds as one story from Genesis to Revelation.

Since those days, and having trained as a philosopher, I have often thought how interesting and useful it would be to develop a cultural overview to set alongside a Bible overview. What I mean is, it would be helpful to have an outline of the key commitments and turning points of a culture that you could compare with the twists and turns of the Bible.

There are of course many difficulties in conceiving such a project, not least that it risks assuming culture to be unified, linear and progressing in a given direction. Yet the difficulties by no means make void the idea.

Cultural Storyboarding is a tool I have developed that makes a small contribution to this greater vision of a cultural overview. It is intended to provide a picture, not of a national culture, but of a particular local culture (for example the culture of your workplace or your sports club), or a particular cultural milieu (say a branch of industry or an academic field of study), or even the worldview of a single person.

It breaks a local culture down into seven key questions that can be loosely mapped onto a creation-fall-redemption-consummation schema, and makes it easier to compare a local culture to the Bible’s storyline. 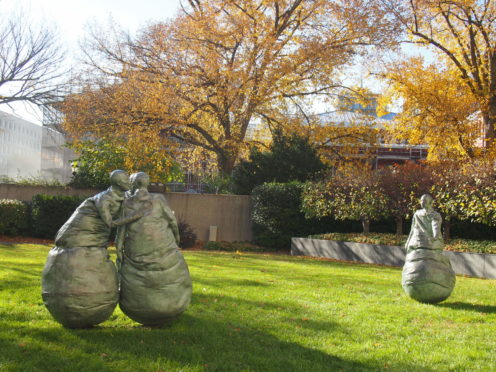 Here are the questions that we use to generate our Cultural Storyboard:

I’ve Storyboarded my World. Now What?

First of all, well done! You’ve taken an important step toward better understanding, serving and speaking into one of the local cultures of which you are part.
Now you can take your answers and set them alongside the biblical story of creation, fall, redemption and consummation. Here is a set of questions to help you do that:

Chris Watkin grew up in Yorkshire and now lives in Melbourne with his wife and family. He lectures in French and Literary Studies at Monash University where his research focuses on God, humanity and society in contemporary French philosophy. In February 2021 he will begin a four-year Australian Government funded research project entitled ‘Rewriting the Social Contract‘. In addition to publishing academic books in French philosophy he seeks to bring philosophy and theology into conversation in volumes like Thinking Through Creation: Genesis 1 and 2 as Tools of Cultural Critique, and introductions to Derrida, Foucault and Deleuze in the P&R ‘Great Thinkers’ series. He keeps a blog about theology, philosophy and culture at thinkingthroughthebible.com (Twitter handle: @thinking_bible). His personal Twitter account is @DrChrisWatkin.

The last ten years have shown it is possible to be a Christian preacher with global influence, to have authored widely read books, to head an internationally recognized ministry, to...