My reading each year is a diet made up of three different categories: theology books, leadership books (Christian or secular), and general non-fiction books on whatever topic catches my eye. Here are the ten books that most left an impression on me this year. These aren’t necessarily recommendations (some I loved and agreed with, others less so) but everything on the list made an impression.

Who is God? by Richard Bauckham 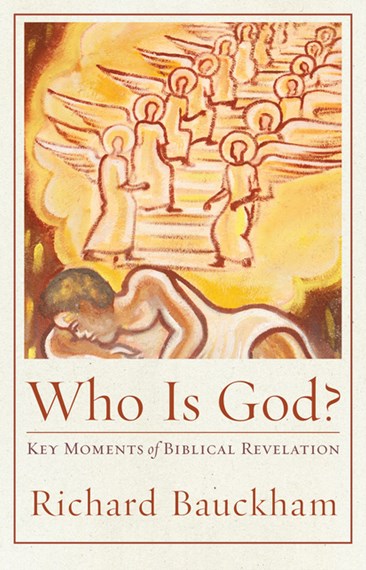 Who is God? Key Moments of Biblical Revelation (Acadia Studies In Bible And Theology Series)

Who is God? Key Moments of Biblical Revelation (Acadia Studies In Bible And Theology Series)

Internationally respected scholar Richard Bauckham offers a brief, engaging study of divine revelation in Scripture. He probes the deep meaning of well-known moments in the biblical story in order to address the key question the Bible is designed to answer: Who is God?
Accessible for laypeople and important to scholars, this volume begins by exploring three key events in the Bible in which God is revealed: Jacob’s dream at Bethel (the revelation of the divine presence), Moses at the burning bush (the revelation of the divine Name), and Moses on Mount Sinai (the revelation of the divine character). From there, Bauckham shows how the New Testament builds on these Old Testament passages by exploring three revelatory events in Mark’s Gospel, events that reveal the Trinity: Jesus’s baptism, transfiguration, and crucifixion.

Bauckham shows how Jesus is the fulfilment and final answer to the question: Who is God?

Bauckham connects these to other biblical moments—sometimes revealing surprising links—as he shows how Jesus is the fulfilment and final answer to the question: Who is God?

Nine Lies About Work by Marcus Buckingham and Ashley Goodall

Marcus Buckingham writes about work and leadership from a research perspective. He is a great writer—and a provocative one. With chapters like: “Lie #3—The best companies cascade goals” or “Lie #5—People need feedback.” What about: “Lie #6—People can reliably rate other people”, or “Lie #9—Leadership is a thing.”

For someone who thinks and writes books about leadership, those kind of chapters were impossible to pass up. Even when I didn’t totally agree with Buckingham, I still learned a lot. An old saying goes: “It ain’t what you don’t know that gets you into trouble. It’s what you know for sure, that just ain’t so.” This book challenged me to work out which is which.

I like the rigorous and meticulous way Crisp writes. He’s deliberate and precise in his theological analysis, and even when I don’t necessarily agree, I always appreciate his care.

In this book, he outlines a number of models of the Atonement from across history; assesses their strengths and weaknesses; discusses the inherent violence of the Atonement; and provides a sketch of his own constructive atonement model.

Crisp observes that the Bible views the cross from multiple angles and observes that different historical models contain aspects of the whole truth. More recent scholarship has taken this insight to heart and has tended towards a kaleidoscopic account of the Atonement, where the focus is more on how the various models relate to each other.

As someone who holds to penal Substitution as central, I wasn’t overly enamoured with Crisp’s account of the doctrine or his answers to its main objections: it didn’t seem like he was grappling with the most robust case that could be made.

Approaching Atonement offers a worthwhile resource for readers wanting to catch up on recent developments in the atonement debates. But Crisp’s conclusions should be taken with a grain of salt.

The Atonement is a continual focus of controversy—especially versions that involve Substitution. Gathercole summarises three non (or anti-) substitutionary understandings of Jesus’ death and shows how each downplays the problem of sin. To make the positive case that Jesus dies in our place, instead of us, Gathercole simply turns to the Bible: 1 Corinthians 15:3-4 and Romans 5:6-8.

Defending Substitution is short but powerful. I’ve never personally met anyone who denies Substitution—and I’ve never had reason to doubt it myself—but I’m even more fully convinced after reading this book. For those unsure about the validity of Substitution, this is the book for you.

Give and Take by Adam Grant

Adam Grant thinks there are three different types of people: Givers, Matchers, and Takers. Life is complicated, but the research suggests people develop a primary pattern of relating—a reciprocity style.

Takers believe that “If you don’t look out for yourself, no one else will.” Matchers are all about tit for tat, “you scratch my back and I’ll scratch yours.” Givers tilt reciprocity in the other direction, preferring to give rather than get.

Grant tells us things we already know: giving is good, it’s better to give than to receive, the being other-person-centeredness is good …but as a researcher—not a Bible reader.

If you were to guess which reciprocity style consistently ended up at the bottom of the success ladder, which do you think it would be? If you guessed Givers, you’d be right.

Which would end up at the top: Takers or Matchers?

The surprising answer? Neither. The best performers across industries and continents end up consistently being the Givers again.

This book is fascinating. It’s not a religious or Christian book; it’s a secular business book. But it’s one of the best books on generosity I’ve read. In one sense, it just tells us things we already know: giving is good, it’s better to give than to receive, the being other-person-centeredness is good—that kind of thing. But the difference is Adam Grant is saying these things as a researcher—not a Bible reader.

Sent By Jesus by Broughton Knox

Broughton Knox was a pillar of Sydney Anglican evangelicalism from before my time. Yet books like this collection of short reflections and essays on various aspects of Christian ministry have helped me to appreciate his influence.

The essays ranged from the nature of Christian ministry itself, reflections on preaching (specifically that which communicates the gospel and repentance), to the relationship between “the Church” and “the Denomination.”

Knox writes clearly—almost bluntly—and rigorously. He thinks-out what the Bible actually says—not what everyone always says it says. His straightforward-but-profound insights are a gift to laypeople and leaders alike.

How to Find Yourself by Brian Rosner

Identity is the current question of our times, and in this book, Rosner adds his voice to the conversation. An excellent book—you can read my review here.

The Triune God by Fred Sanders

Books on the Trinity can be hard work, and this one is certainly in the “not for the faint of heart” category. But The Triune God is worth the effort. Not only is Sanders a clear writer, but he also makes it clear from the outset that the Trinity is about worship. He then works backwards, pointing out that the missions of the Son and the Spirit are extensions of their eternal processions into time and space. Sanders argues these missions are the self-revealing of God before ending with chapters on the nature and challenge of trinitarian exegesis, the New Testament’s attestation of the Trinity and then the Old Testament’s foreshadowing (I found Sanders’ insistence that the Trinity is fundamentally revealed in the missions, and that Scripture testifies to that historical revelation, especially fascinating).

The Emotionally Healthy Leader by Scazzero

The overall thrust of this book is that for many of the external issues a leader faces, the real issues are under the surface—expressed in themes such as a) leaders learning to lead themselves, b) leaders leading from within their marriage or singleness, c) the importance of maintaining an actual relationship with God rather than just doing stuff for God, and d) the need for rhythms of rest and Sabbath in the life of the leader. There is helpful insight here.

Yet as Scazzero becomes more specific, the book begins to lose its usefulness. The more he unpacks his thinking, the more boring and frustrating the book becomes.

I just kept wondering where his assertions came from—they weren’t coming from the Bible.

The World Next Door by Rory Shiner and Peter Orr

This book is everything you’d want it to be. It’s a clear exploration of basic Christianity for the initiated who want to get their head around the gist of it all. It’s also a joyful and straightforward primer for the interested uninitiated.

As Shiner and Orr unpack the Apostle’s Creed, the tone is relaxed and endearing. The book never tries too hard but rather exudes a quiet confidence in the explanatory power of the content. The writing never gets in its own way and so never dulls what is already inherently interesting. This is one of those rare books literally everyone should read.

Craig Hamilton is married to Nicole and they have three kids. He’s the Senior Minister at Pitt Town Anglican Church and spends most of his time talking about Jesus and leading people (so he’s probably in the right job!). When he’s not doing those things you’ll probably find him eating KFC, thinking about eating KFC, thinking he should probably go to the gym, deciding not to go to the gym today, hanging with his family, or reading books. He’s the author of Wisdom in Leadership, Made Man, and Wisdom in Leadership Development from Matthias Media. You can find out more things at revcraighamilton.com