It demands justice for those it views as oppressed, and compensation from those it views as oppressor. Its sees Western civilisation (and Biblical Christianity) as a source of bigotry and oppression. It’s suspicious of western values such as universal human rights, free speech, and religious freedom. And because it’s gaining mainstream acceptance, Christians and Churches are not immune from its subversive influence.

What is this ideology? 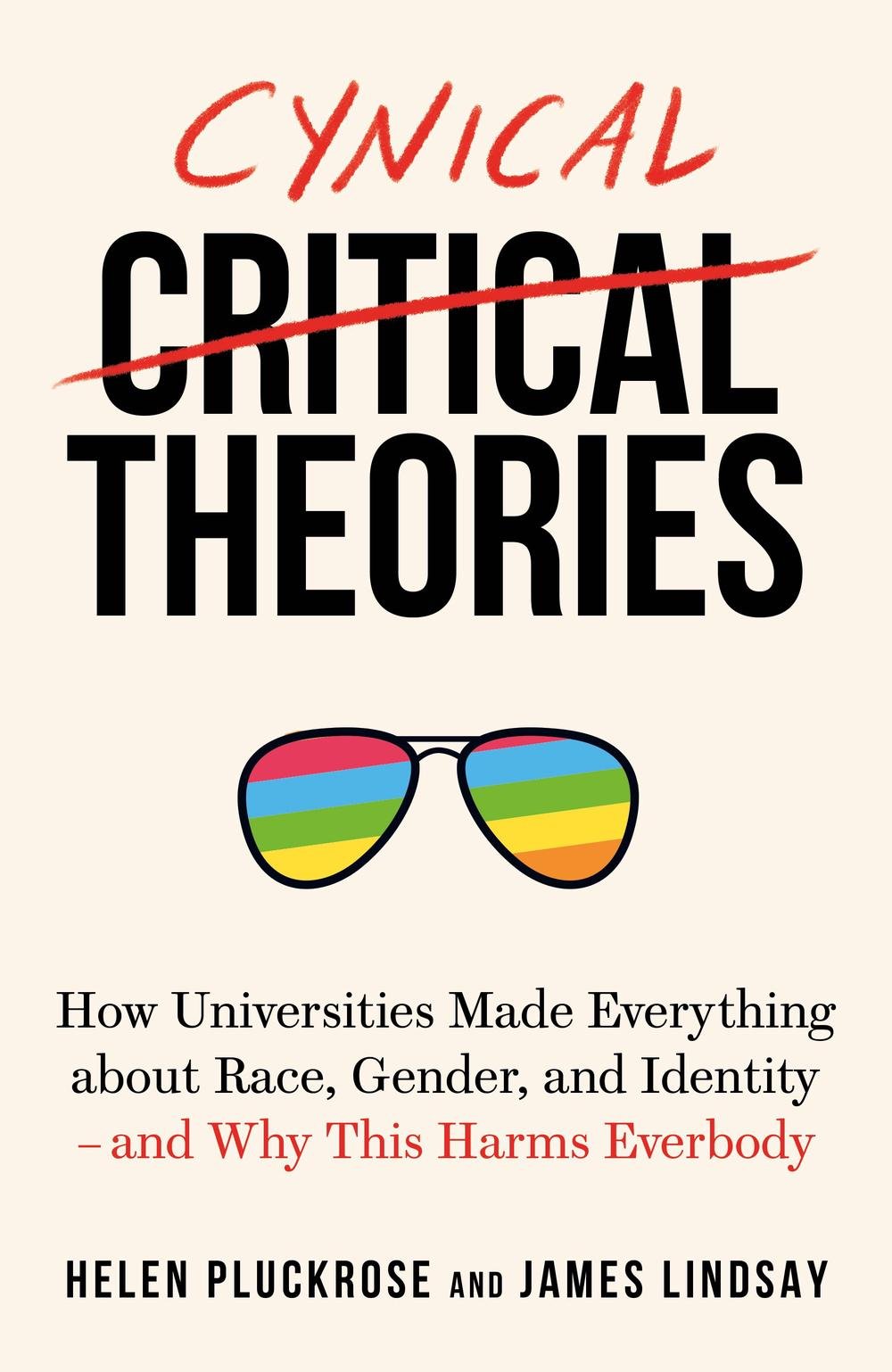 Cynical Theories—How Universities made everything about race, gender and identity—and why this harms everybody

Cynical Theories—How Universities made everything about race, gender and identity—and why this harms everybody

Uncovering The Ideology of Critical Theory

Critical theory aims to diagnose what’s wrong with society, and provide a solution.

While I’ve heard about critical theory before, I’m reading a new book that closely examines critical theory, called ‘Cynical Theories—How Universities made everything about race, gender and identity—and why this harms everybody’, by authors Helen Pluckrose and James Lindsay.

Pluckrose and Lindsay are both Left-leaning secular scholars. In Cynical Theories, they uncover the history and teachings of Critical Theories, which are concerned with ‘revealing hidden biases and underexamined assumptions, usually by pointing out what has been termed “problematics,” which are ways in which society and the systems that it operates upon are going wrong’ (13-14). In other words, the ideology of critical theory aims to diagnose what’s wrong with society and provide a solution. But it does this in a radically new way.

Critical Theory Is Turning the World Upside Down

In their new book, Pluckrose and Lindsay write:

‘We, everyday citizens who are increasingly befuddled about what has happened to society and how it happened so quickly, regularly hear demands to “decolonise” everything from academic curricula to hairstyles to mathematics. We hear laments about cultural appropriation at the same time we hear complaints about the lack of representation of certain identity groups in the arts. We hear that only white people can be racist and that they always are so, by default. Politicians, actors, and artists pride themselves on being intersectional.

Companies flaunt their respect for “diversity,” while making it clear that they are only interested in a superficial diversity of identity (not of opinions). Organisations and activist groups of all kinds announce that they are inclusive, but only of people who agree with them. American engineers have been fired from corporations like Google for saying that gender differences exist.’ (64-65)

What’s Happened to the West?

If you’re seeing these changes, and shaking your head at these developments, you’re in good company. As Pluckrose and Lindsay argue:

‘Almost every day, a story comes out about somebody who has been fired, “canceled,” or subjected to public shaming on social media, often for having said or done something interpreted as sexist, racist, or homophobic. Sometimes the accusations are warranted…However, increasingly often, the accusation is highly interpretive and its reasoning tortuous. It feels as though any well-intended person, even one who values universal liberty and equality, could inadvertantly say something that falls afoul of the new speech codes, with devastating consequences for her career and reputation. (14-15)

For most of us, [these changes are] confusing and alarming. Many people are wondering what’s happening, how we got here, what it all means, and how (and how soon) we can fix it and restore some common ground, charity and reason… because these ideas offer the appearance of deep explanations to complicated problems…they have successfully morphed from obscure academic theories—the sorts of things only intellectuals can believe—to part of the general “wisdom” about how the world works.’ (65)

Why Critical Theory Is Subversive

It uses the same vocabulary, but has a different dictionary.

Words convey meaning, and shape our view of the world. Which means we need to be clear about our terminology

What makes this new ideology dangerous isn’t merely that it attacks values that both secular westerners and Christians value (e.g. freedom of speech, universal human rights), but also that it’s subversive. That is, it uses terms that we as Christians use—such as ‘justice’, ‘oppression’, and ‘racism’—but then redefines them. As the authors of Cynical Ideas, put it,

‘[T]hey speak English, but they use everyday words differently from the rest of us’ (15).

As Christians, we know that words matter. Words convey meaning, and shape our view of the world. Which means we need to be clear about our terminology, else we risk being influenced by God-less ideologies, including Critical Theory.

Whenever we examine another belief system—be it another religion or secular ideology—we do well to understand it on its own terms. There shouldn’t be any room for critiquing a misrepresentation of the belief/ideology.

Moreover, we should also look for the kernel of truth in the belief/ideology. As dangerous as these Critical Theories may be, they may still tell us some things that are true about our world—and we can thank God for whatever is true (and make use of it).

Finally, we should look to see why it’s growing in popularity (particularly among young people): why is it resonating with them? What does it offer? And how does the gospel answer those longings?
For the next little while I hope to blog through parts of this book over at akosbalogh.com and see what we can learn about this new ideology taking the western world by storm.

He is married to Sarah, with three children.
Akos was born in Budapest, and was blessed to be able to come to Australia as a refugee in 1981. He came to faith in late highschool, through the influence of friends, family, and school Scripture. He went on to study Aerospace Engineering at UNSW, before working in the RAAF for five years. After completing his B. Div. from Moore Theological college, he then had the joy of serving with AFES for six years, at Southern Cross University in Lismore.

It’s a beautiful thing, the destruction of words. Of course the great wastage is in the verbs and adjectives, but there are hundreds of nouns that can be got rid of as well. It isn’t only the synonyms; there are also the antonyms. After all, what justification is there for a word which is simply the opposite of some other words? — George Orwell, 1984 If you believe words like mum and dad, or brother and sister, or wife and husband speak to a normal state of affairs and reflect relations that are good and healthy, you might be surprised...