Do you read Christian fiction? Some avoid it like the plague. Others love it. Of course, some Christian fiction is excellent, but some just makes me uncomfortable—the platitudes, the neatness, the idealised romance (especially the books aimed at women).

Christine Dillon’s books make me uncomfortable too—but in a very good and very different way. They challenge me to think how I would react in similar circumstances. They make me consider my faithfulness, my prayerfulness and how I speak of Christ to others. That’s an uncomfortable I need to feel, and so I am thankful for Dillon’s skills as a writer. She is indeed a storyteller, currently serving in Taiwan and has written the non-fiction Telling the Gospel Through Story.

Christine Dillon’s books make me uncomfortable … They challenge me to think how I would react in similar circumstances. They make me consider my faithfulness, my prayerfulness and how I speak of Christ to others. 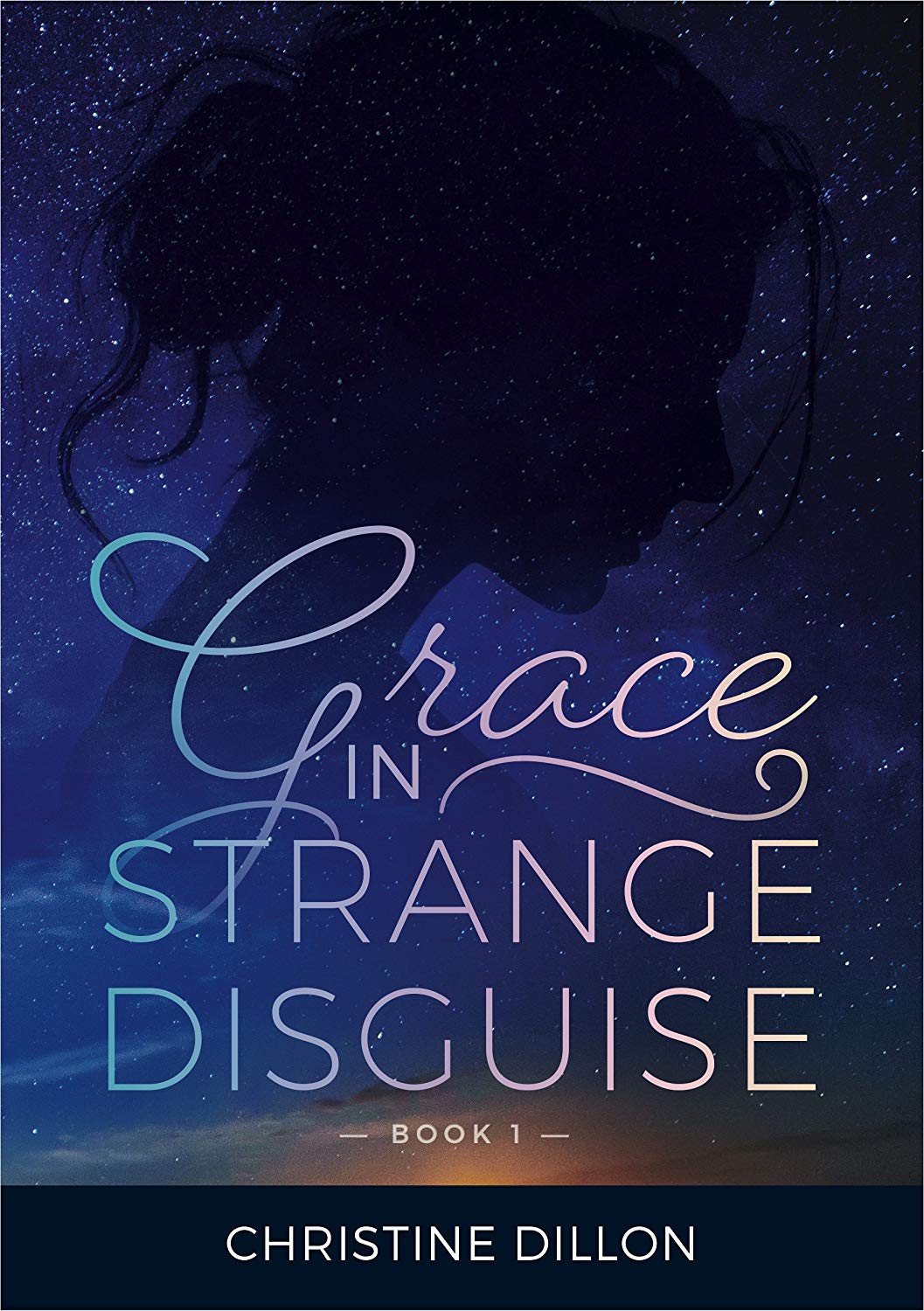 Grace in Strange Disguise centers around Esther McDonald, whose Dad is a pastor in Sydney. Not just any pastor, but a mega-church pastor with his own radio show and whose church is all about victory with Jesus. Indeed it’s called Victory, and his message is that we can have anything we want with Jesus, and the healing of any illness just requires more faith or the repentance of sin. Life is all about the blessings that we get when we are with God. Esther is 28, loves her work as a physiotherapist and is engaged to the youth pastor. She is living the Australian Christian dream, but suddenly her whole world falls apart when she’s diagnosed with breast cancer.

Through an encounter with a cleaning lady at the hospital, Esther is challenged to think about why she expects to be healed. Does God actually promise it? What follows is her decision to read the bible for herself, the astounding truths she discovers there, and how much they vary from the triumphant, world based, blessing rich, but actually empty promises preached by her father.

I have never been in a church with such misguided teaching as this, nor with such patently controlling leadership; but I am sure they exist. Even so I found it hard to believe that her dad’s and her fiancé’s belief systems would cause them to be so clueless and lacking in compassion. However, other characters such as the cleaning lady (Joy), her good friend Gina, her dominated and docile mother, the staff in the hospital, and the other cancer patients all do an admirable job of representing the vast cross sections of beliefs and non-beliefs in Australia.

Throughout the book Dillon models a storytelling method of sharing the gospel and the accounts from the bible. As such it has various potential audiences:

It’s very engaging. I wondered what various characters would do, how would they react to the changes in Esther’s life and her desire to talk about it. I was encouraged by her faith and her growing ability to express it. As I said, there are Christian fiction books out there that have a cringe element to them. But this isn’t one of them, the truths that Esther comes to believe are of the reformed evangelical faith. This is a book that explains my faith in a way that expresses it much better than I often manage to.

I don’t want to give away the outcome of the first book in revealing details of the next two, so I’ll be more vague with their descriptions.

Grace in the Shadows

Grace in the Shadows continues Esther’s narrative but adds another storyline. Rachel is almost 40 and works in the cosmetics department in David Jones. Her days are centred around maintaining her fitness and appearance, as well as pleasing the current man in her life. Yet she feels empty. Nothing is as satisfying as it should be. She keeps friends at arm’s length and never lets herself be vulnerable. Having rejected God many years before, she’s frustrated to find herself constantly coming into contact with Christians, even when they are generous and kind.

There is real depth here. In Grace in Strange Disguise, the main truth learnt was that God does not promise a perfect, easy life. In fact, his grace is truly found through the challenges that make us rely on him alone. In this book, the main message is that God does not condemn us and there is nothing that can separate us from his love, no matter how many regrets we have about the way we have lived and the choices we have made.

In Grace in Deep Waters, we turn to Blanche and William’s story and it switches between their perspectives (all of these characters are much more closely connected than I have intimated, so each book leads beautifully into the next).

Blanche is estranged from William, having come to realise just how much he clings to reputation and status. Having avoided numerous issues for years, Blanche has finally stood up to him, and has had to leave the home as a result, for William is incapable of having people around who disagree with him.

Blanche is working through grief, yet also discovering more of herself, with a job and a realisation she has skills that are of value to others. William, on the other hand, has lost his way and his once steady confidence has taken a hit. To avoid dealing with the problems he sees brewing, he takes a two month posting on Lord Howe Island, where he becomes friends with Reg, a key lay leader of the local church. In time, both come to question if and how God is at work in their lives.

Dillon has again captured the key issues of our hearts in this book. What is our idea of success built on? How do we react when our carefully created lives start crumbling down around us? Can we forgive ourselves when we have done things that seem unforgivable? Will we come before God dressed up in our own achievements, or be open, honest and face our sin?

The storytelling focus is not as strong in this book, there is more of an emphasis on prayer, particularly long-term faithful prayer.

I have been impressed by the appeal of these books across our whole family: Husband, Mr 14-16 (over the time all three came out) and Miss 12-14 all enjoyed them and were challenged by them. They are great reading for teenagers right through to mature adults, because while they cover some confronting topics, it’s done in a way that’s honest, but not too descriptive. Our daughter has wanted to give them as gifts to friends. The first two books are quite female-centric, so I was thrilled to see some solid Christian men in the third book.

If you are looking for some encouraging fiction, that might just make you feel (a good) uncomfortable along the way, Dillon’s books are well worth it.