How do you deal with popular culture in your home? Do you all rush to watch the new series of Agents of Shield? Do you anticipate the reset of Minecraft? When Peppa is a bit rude to her parents, do you point it out? Do you love listening to the creative lyrics in Hamilton with your teens, or ban it because of the explicit language in some songs? Do you comment when the heroine is always stunning, skinny and kick-fighting impossibly in heels? What about when the hero saves the day by laying down his life for others?

In essence—how equipped do you feel as a parent with connecting popular culture to Christ? If you are like me, you find it tricky at times. The Pop Culture Parent is an excellent resource to help you out. While also approaching parenting in general, it specifically focusses on how to interact with popular culture, teaching kids to do so with appreciation and an awareness of the good, yet aware of the idols within. 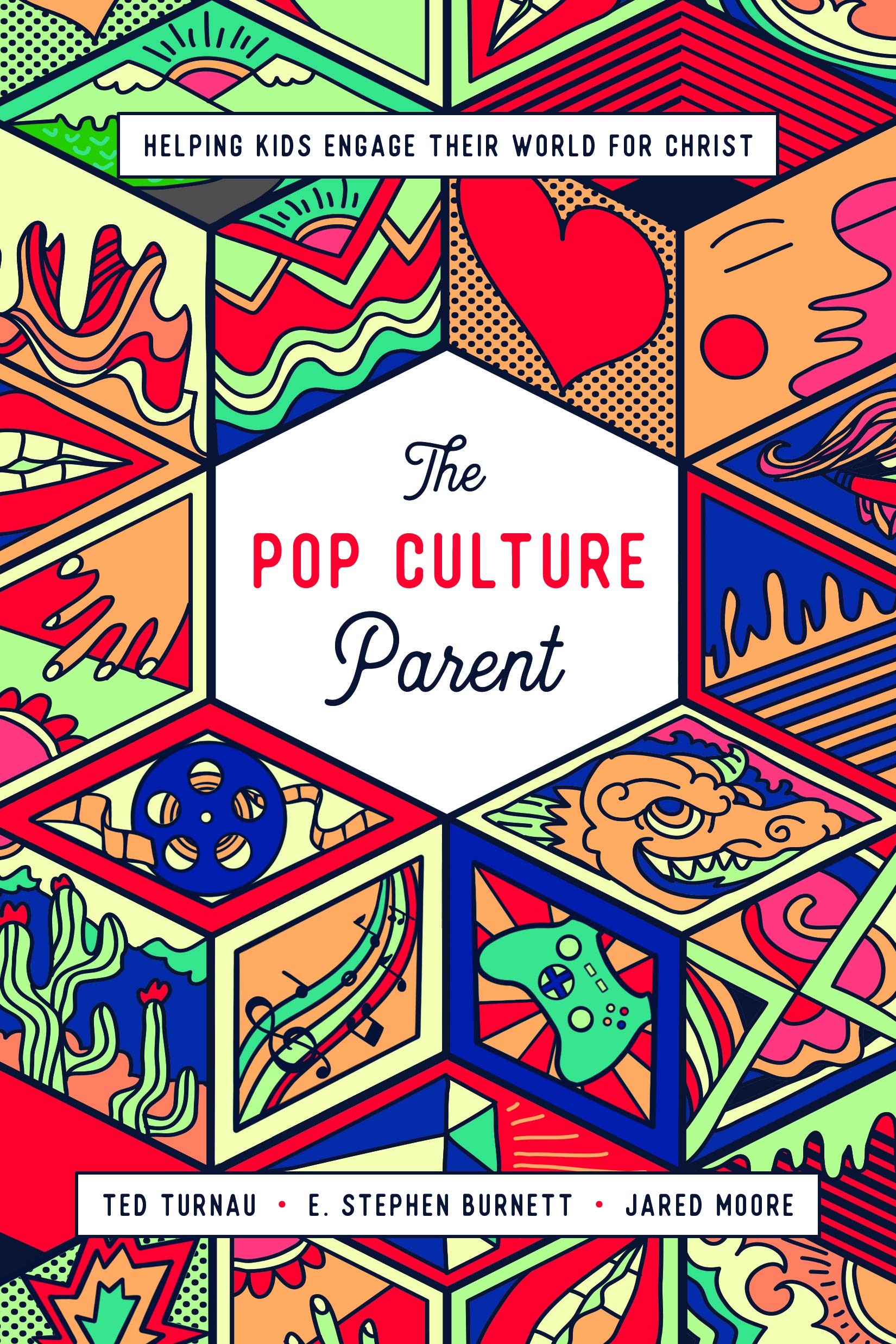 Popular culture includes human-created works that occupy common spaces, and so we start to appreciate its extensive reach into our lives via TV, the internet, music, advertising, movies, video games, books, social media, and so on. So, the authors encourage:

As parents, we need to understand popular culture and parenting according to God’s Word. Only then can we avoid both (1) fearing popular culture and (2) embracing it with little discernment. And only then can we apply this truth to our parenting and to the entertainments our children love. That way, we can best glorify God as we fulfil our incredible and biblical calling as parents.

They consider the purpose of popular culture as being the way humanity expresses the world and how they view it. As such, we shouldn’t dismiss it for it presents a serious view of the world, reflecting both the wonder of the creator and the reality of sin; “culture is inevitably a complex, messy mixture, and this mixture is our world as we have (re)made it”.

The authors then turn to considering what gospel-centred parenting looks like, contrasting it with hands-off parenting and endless child-proofing. They have five questions to assist families as they engage popular culture:

As they work through this, they raise some of the errors parents can make in this area, such as forgetting to respect the style and excellence of human art, and having an overly narrow view of God’s common grace. They encourage parents to discern their child’s heart as they are influenced by popular culture, like watching for mood swings and what they become obsessed about.

Then they dive into how to explore popular culture with children of different ages, giving a worked example for each. In each, they outline the main areas to consider when engaging culture with children, lining them up with the physical, mental and social changes they are undergoing. This includes being aware of the messages about physical bodies and sexuality, how it encourages them to think and feel, and what it suggests about the community around them.

With young children, it’s mostly about celebrating the way God makes people in all their variety, helping them think about what they see, and encouraging contentment. The example for this age group is Frozen and the reader is led through a detailed analysis of how to consider their five questions.

With older children and preteens, we want to consider the messages given … to think deeper about morality and consequences.

With older children and preteens, we want to consider the messages given about physical appearance and sexuality, to think deeper about morality and consequences, and how to help them as they interact with friends and develop their own identities. The practice session for this age group is Star Wars—The Force Awakens.

Finally, they turn to older teens and young adults:

At this age, popular culture carries huge weight, and teaching kids how to think it through as Christianshelps bolster their faith.

Again, the developmental changes of this age and how culture speaks to them are addressed, including changes in sexual awareness, including body image dissatisfaction, pornography, sexual orientation, and gender identity. These were all wisely and sensitively addressed. In the end, we want to help teens celebrate creation and inner beauty. Then they consider the changes in mental processing and their social interactions, including helping them to seek health and peace, getting to know their friends, letting them make their own cultural mistakes, and valuing their cultural tastes and choices. The worked example here is the video game Fornite Battle Royale. There were some great questions at the end of this chapter to encourage children to analyse video games and similar entertainments.

We shouldn’t tell our kids ‘Never play entertaining computer games,’ but rather, ‘Always remember where your true hope lies.’

In following Jesus, we participate in and even speed along the renewal of creation that God will, in his time, bring to fruition an earth that will flow with more color and energy than any computer game. This doesn’t mean we should tell our kids “Never play entertaining computer games,” but rather, “Always remember where your true hope lies; don’t ever make entertainment an idol.” The gospel offers something better than entertainment. It offers the new creation to which entertainment gestures.

These sections are incredibly helpful and the examples given likely to be immediately relevant to many parents who will likely already be familiar with the chosen case studies. Each time the analysis was much more than I would have come up with on my own, and gave helpful pointers to further conversation. We have already used some of it in discussions about the things that we watch or listen to as a family.

Some parents may find the level of detailed analysis overwhelming, but the authors are clear to point out that you don’t have to talk like this with your kids all the time, and in fact that would be counterproductive. No one wants to finish every movie, song or video game and be asked how the gospel speaks to it. They are giving parents tools to start and then further the conversation as works for them. For me, I wish I had this book ten years ago. It’s not too late now by any means, but it is harder to have these conversations with older teens when you haven’t done so in a particularly structured way that much before.

I really appreciated the authors’ willingness to engage with popular culture, not shutting it down and refusing to interact with it, but also neither embracing it wholeheartedly without analysis. Parents are helped to develop and implement wise principles that apply across the range of parenting, as your family interacts with popular culture. Highly recommended.