Editor’s Note: Following the publication of Peter’s Ko article, ‘Evangelism It’s Easy?!’ (Feb 12, 2016), there was an interesting dialogue of ideas.  In light of this gracious and robust conversation – and to encourage thinking about evangelism – we are pleased to publish this critique by Stephen McAlpine. We have also given Peter a right of reply

I wonder if Peter Ko’s recent article, Evangelism It’s Easy?!, paid enough attention to the vastly different world we are toiling away in here in the West?

Sure, some of my enthusiasm to talk about Jesus might come from my delight in him. But even if I am delighting in Jesus I do not think we can responsibly say evangelism is easy.

And I wonder if comparing talking about Jesus to our shared enthusiasm for Star Wars is helpful. I saw the original Star Wars in 1977 in the back of a car at the drive-in with my twin brother.  That’s Jedi-Knight level credibility right there. But whatever you think of Star Wars, none of us believes it’s real, right?

None of us has moved from discussing the latest instalment with our friends, to actually opining  that one day Luke Skywalker will appear and settle this ambivalent “Force” thing once and for all. None of us is constantly trying to convince our friends that, if like us, their eyes were opened, they would see the grand, beautiful reality of Star Wars, and become believers.

And if we did that’s where the phone calls, the text messages, the invites, would dry up.  Right there.

Over the decades, I have worked this evangelism thing from a whole lot of angles, from a variety of church expressions. And things have dried up. And it’s not simply that no one believes, it’s that no one can even imagine believing.  It’s the difference between a sci-fi film such as Star Wars and one like Ridley Scott’s The Martian, which while still untrue, can imaginably be believed.  The gospel is firmly in the Star Wars camp.

I’ve moved from “deep house” to evangelistic hub, and a few places in between, and evangelism has, by and large in our Western context, been a hard slog with very little fruit.  The excitement for Jesus over the years among the people I have done church with has not waned. But that excitement has not been transferred to the hundreds of people behind the thousands of doors I have knocked, or the locker rooms I have shared with long-term sports friends. Have we seen conversions? One or two. Amazing and miraculous.  But very, very few, for a whole lot of effort. It’s been the law of diminishing returns. 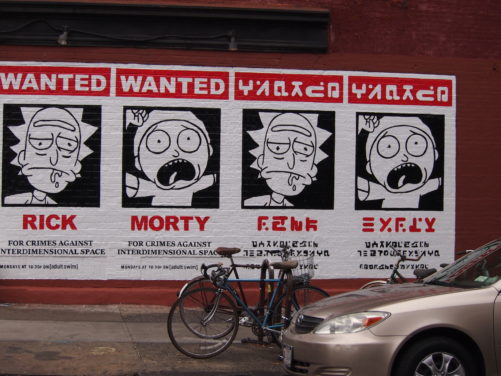 1. The General Disbelief of Transcendence.

There exists in the secular West, what philosopher Charles Taylor calls an “immanent frame,” a term helpfully and succinctly described by James K.A. Smith in the glossary of his critique and primer on Taylor’s magisterial A Secular Age. Smith describes this immanent frame as a:

“…constructed social space that frames our lives entirely within a natural (rather than a supernatural) order.  It is the circumscribed space of the modern social imaginary that precludes transcendence.”

In other words, it’s not a case of simply locating the On/Off belief switch on a person’s back in order to make them believe. The problem is that the very conditions for belief have been transformed.  The “social imaginary” – the way in which we could countenance such belief in the first place – now acts in a compellingly, and radically different manner. Transcendence, whether for Jesus or Star Wars, just isn’t admitted.

There is a door ajar among ethnic communities – or at least an inquisitiveness about a person they have vaguely heard of: the Lord Jesus. The reason? In those cultures, transcendence still has credibility.

Hence here in the back blocks of Perth, of the hundreds of people we talked to about Jesus among our lower socio-economic area, the only people even intrigued about him were the few migrants from the developing world who have moved in.

But everyone else? Uninterested or hostile.  I often walked away from some run down houses with junk in the yard and a broken front door, thinking “What is so good about your life that Jesus would not make it better?”  But steely-eyed, thin lipped, and often sweary, rejection was the predominant pattern. That’s the immanent frame right there that rejects transcendence from the outset.

2. The Specific Rejection of Jesus

In his new book, Disappearing Church: From Cultural Relevance to Gospel Resilience, Melbourne pastor and writer, Mark Sayers, draws attention to the work of sociologist Philip Rieff, who states that pre-Christian taboo culture is “first culture,” Judeo-Christian creedal culture is “second culture” and the post-Christian West is “third culture”.

Pre-Christian taboo cultures equate to traditional contexts in which Christianity has not been tried, but which, more importantly, maintain a social imaginary that, rather than precluding transcendence, actively encourages it.

Yet even this is for a short season.  My wife worked with first and second generation Somali women in the UK, and a few short years of Western education, social media and David Beckham posters among the teenagers was a far more powerful social imaginary than generations of Muslim piety within thick migrant communities. The West wasn’t won – it has won!

This shift to “third culture” has an enervating effect – not only for evangelism, but for Christianity in general. Sayers maintains that third culture is not simply “post”, but actively hostile towards the Christian faith. It is vocally rejecting what it says has been weighed in the balances and found wanting.  And, just as importantly is has the same evangelistic zeal as Christianity, with way more soft cultural power. It feels real. As I’ve argued elsewhere, it’s not Athens we’re living in, it’s Babylon.

The effect on the church of the pincer move: loss of transcendence, and rejection of Jesus, has been devastating.  The back door of the church is now wider than the front door. We’re shocked, but shouldn’t be, when hundreds of our young adults vanish chimera-like. The inadequate “social imaginary” of modern, privatised Christian life baptised by the church has proven no match for what Sayers calls the “beautiful landscape” of a post-Christian world; a landscape that, though vacuous, has not fallen into dystopian disrepair, despite our wishful sermons.

In addition, the pressure of hostility towards the Christian social and sexual ethic often proves too much.  The culture stares us down. For those marinated in the idea that not only is extreme individualism possible, it is the highest good, the shift away from the Christian ethic is surprisingly simple, especially when every billboard simply reinforces this immanent and beautiful world.

So is there a solution? Or at least a way forward? Because I too want to encourage evangelism. I recognise part of that is being excited about Jesus, but it’s also about being honest about the world we live in.  Our strategy should be determined by our circumstances.  So what do we do?

First, we pray, don’t we?  That much has not changed. None of us would believe if God – the transcendent One – had not broken into our world, and then into our lives, in the person of the Lord Jesus.  We must pray that “even if our gospel is veiled” (2Cor4:3), that God will do what only he can, and that is to open blinded eyes.

Second, we could position ourselves to do evangelism in multi-ethnic settings, seeking where the enclaves are establishing themselves and plant there.  Even in my own region – once predominantly working class white with a large indigenous under class – there is a marked increase in turbans and burkas at the shopping mall, unheard of just ten years ago.  So a targeted evangelism strategy is a solution.

But thirdly, we need to counter the third culture’s post-Christian evangelism with an evangelism strategy among our own people. Evangelism starts in our congregation and continues within it.  Left unchecked, the post-Christian framework is both alluring and plausible – and it offers an evangel to the people of God as much as to anyone else.

It does so by offering a non-transcendent reality that encourages individual self-expression as the highest good,  and it does so with the (albeit false) promise of making no judgement calls.  It offers a place at the cultural table for a generation of young people unschooled in dealing with criticism or rejection, yet schooled in human rights, sexual liberty and animus towards institutions. It is presented as “good news!”

A telling by-product of fruitful gospel ministry is Christian communities that are “thick and rich”. You can tick all of the theological boxes you wish, but without the sweet fruit of a loving community lived under King Jesus that presents an alternative plausibility, then we’re on a hiding to nothing. The gospel of the Lord Jesus must look as real as it sounds.

In other words, let’s not do the heavy lifting for the post-Christian evangelistic putsch. Let’s make it fight for every convert it threatens to take from us, and expose its weakness and lies by offering a more attractive alternative. Let’s offer a gospel hope and a communal reality of that hope that re-evangelises battle-weary Christians, one that prepares them for the opportunities that may come their way to evangelise their friends. For who knows, transcendence might just break through immanence right there and then.

Steve McAlpine is approaching an age which would be a more than useful Test batting average. He works as a National Communicator for City Bible Forum, and is also pastoring a church in Perth. Steve grew up in Northern Ireland, but apart from rolling his “r’s”, and talking too fast, is a West Aussie through and through. He has degrees in journalism and theology and enjoys combining the two through writing and blogging, especially on matters of church planting and cultural negotiation for Christians in the increasingly complex West.