In this second post in our “Learning from the Past” series, Wei-Han Kuan offers some historical insights to help us think about the perennial question of church vs para-church.

I am convinced that evangelical societies play a critical role in the progress and long-term health of Gospel ministry.  They are super sodalities!

In Christian theology a distinction is made between modalities and sodalities.  Local churches are modalities: modes of being, the expression and experience of being God’s people gathered together.  A church is a church, and as people join – no matter what their background or educational level or race or culture or sexuality – the church remains the church.  The church simply is.

Sodalities, by contrast, are specialised, ends-focussed forms of association typified by para-church organisations.  They exist for a specific purpose, and may circumscribe their membership accordingly.  So, for example, the Church Missionary Society exists for those who are focussed on the priority of cross-cultural mission and the Australian Fellowship of Evangelical Students exists to focus on evangelism and discipleship on tertiary student campuses.

Here is a bold assertion: evangelicalism has always been strongest when mission and evangelism have been at the forefront of the movement’s energetic efforts. That’s because Gospel-minded men and women will always be concerned for the health of churches; and because healthy local churches are vital to the progress of the Gospel through evangelism and discipleship.

However, local churches can become victims of their own success.  The larger a church gets, the more programme-oriented, staff-team-driven and administratively-complex it tends to become.  A church bursting at its seams becomes known for the quality of its Sunday offerings, and, as I am fond of saying, ‘The problem with every great Sunday service is that it’s only six days until the next.’  Pressure mounts on the church community to reproduce one great Sunday after another.

Two problems can result from this: 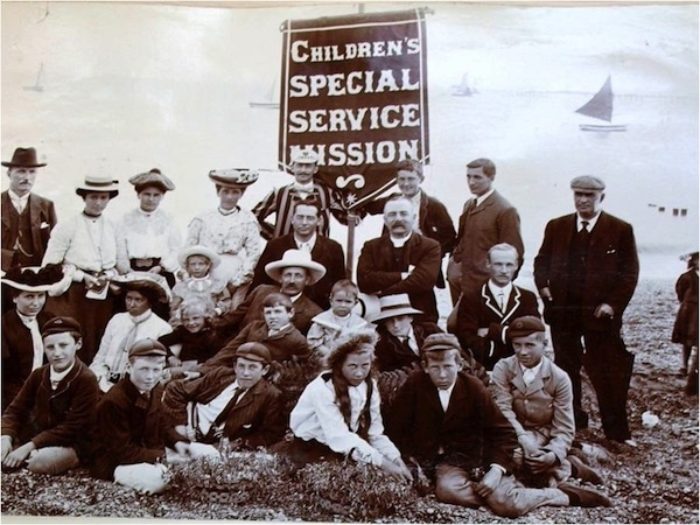 By contrast, evangelical societies have, from their founding, provided an alternative channel for lay leadership energy and resources.  Lay and clerical leaders who did not find an adequate outlet for their Gospel passions and ambitions in regular church-ministry, gravitated to the societies. Witness the proliferation of societies founded at the height of the British Evangelical Revival of the late nineteenth century.  Here is an incomplete list of those founded by evangelicals:

The breadth of this list reflects conviction of the various founders that the Gospel and all its entailments were worthy objects of their faithful endeavours.  The subsequent history of most of these societies is of course, another matter worthy of careful deliberation.

In the early part of the 20th century in Anglican Australia the role of societies such as the Church Missionary Society came to the fore.  Parishes remained largely faithful to low-church ritual and strict Book of Common Prayer liturgy, but were relatively non-creative in terms of alternate modes of ministry to younger people. It was left to societies like the interdenominational Children’s Special Service Mission (known as Scripture Union today) to evangelise and to cater to the spiritual needs of children.  The CMS League of Youth performed a similar and very powerful function for young adults.  Both Societies were deeply affected by a concern for holiness and the primacy of calling others to faith in Christ through a personal encounter with Jesus in the Scriptures.

Raising up the Next Generation of Gospel leaders

Such societies soon became the main way in which new and youthful leadership was trained and raised up for evangelistically-focused ministry.  They provided vital early leadership experience, combined with a high “permission-to-fail.”  Such participation in ministry at an early age was a significant formative experience for many.  For young adults coming from largely smaller churches, societies were – and continue to be – the place to socialise around Gospel mission and, often, meet future life-partners.

Enthusiasm and commitment to evangelism and world mission were awakened through active involvement in the life of evangelical societies, and many moved forward into ordained and missionary service.  Those who did not go into such service typically became staunch and faithful supporters and partners for those who did.   A very similar powerful function is performed by AFES groups on Australian tertiary campuses today.  It is a vital ministry worthy of priority support and encouragement.

Support from the Top

There is another important theme from the history of evangelical societies regarding the contribution of senior leaders: the support provided by able Bible teachers such as Clifford Harris Nash and Leon Morris.  Historical voices often mention these alongside the passionate laypeople who assisted in the organisation and resourcing of the societies.

Thus Nash was supported by Edwin Lee Neil, the Managing Director of Myer Emporium who played a vital part in the history of the Melbourne Bible Institute (Melbourne School of Theology), CMS and Ridley College.  Morris worked closely together with the successful businessman Alan Kerr, who was also closely linked to John Stott, and to the set-up and spread of EFAC (Evangelical Fellowship in the Anglican Communion) and Scripture Union internationally.

Senior leaders such as these not only encouraged the societies, but were often called-on to defend the societies’ existence and experimental practices.

Churches ought to recognise their powerful internal tendency to conservatism and a stifling of younger talent.  Too few local churches nationally have deliberate training and equipping programmes with clear pathways towards more full-time ministry; and even those that do tend to have a diminished view of lay ministry and witness.  It is in the societies that focussed attention can be given to a chosen end: ministry in the Middle East; or bringing Christ to homeless urban youth. Send your young adults to AFES groups!  Encourage lay participation in the life of societies that can provide an outlet for their Gospel energy and passion.  The local church can only stand to gain from this ministry of encouragement.

Gospel-minded believers ought to take heed of the crucible of creativity that is the life of evangelistically-focused societies.  At their best they have combined a clear passion for evangelism and world mission, fidelity to the Scriptures, and responsiveness to the Lord Jesus’ call to serve as the source of their courage and clarity.  At their best they have recognised that they are not the local church, and encouraged members to be faithful servants in local congregations.  The debate arises in every generation: “Is this group my “church?” To which the answer is usually, “No, not even if you don’t particularly enjoy your local church.”

A wise minister will help a keen member of an evangelical society to navigate this tension and contribute faithfully both in the local congregation and in the exciting society work.

Consider the partnership between Paul’s missionary society and the local church.  In Philippians we read of a two way partnership between the missionary team and the church at Philippi (1:5).  There is two-way prayer one for the other (1:3-6; 19).  There is mutual care and concern expressed not least in the sending of Epaphroditus and Timothy to each other (2:19-25).  There is giving and receiving of practical support and encouragement (4:10-20).  There is a shared commitment to one another’s life of faith in mission, to the end that the Gospel work may progress and believers everywhere made mature in Christ.

That’s not a bad aim for us today also.

Wei-Han Kuan is the State Director of the Church Missionary Society in Victoria. His role consists of overseeing the work of the branch; raising up
new missionaries and the prayer, care and finances to support them;
interviewing missionary applicants and visiting missionaries on
location.