For someone who spends much of their time sitting at a desk reading and writing, I am generally amazed at how few books I read cover to cover, and that I read for no other reason than I am interested to read them! ‘My Year in Books’ tends to be determined by the projects I’m working on that given year.

This year, for example, I was asked to review three books on the Bible’s teaching about men and women.[1] Unfortunately, I could not recommend any of them, as I explain in the reviews I’ve written. But they did alert me to three trends in the ongoing discussion about the relationship and roles of men and women in marriage and ministry.

Egalitarians are out-publishing complementarians, at least as much as 3:1. This disparity, of course, tells us nothing about the merit of the books themselves

Three Trends in the Gender Discussion

The first is that the publishing output on these matters shows no signs of slowing, and my sense is that egalitarians are out-publishing complementarians, at least as much as 3:1. This disparity, of course, tells us nothing about the merit of the books themselves, and, in part, is just a reflection of market forces, and the decisions made by publishing houses, and their preferred authors. It does, however, challenge the (egalitarian) narrative that complementarians are the ones fixated by questions of gender!

The second trend is that it’s increasingly popular for authors to reject the labels ‘egalitarian’ and ‘complementarian’ and to propose a via media that claims to chart a course between the two. And yet, typically, these books end up presenting a view that sees the ‘equality’ of women and men so qualifying the Bible’s teaching about any different responsibilities they might have, that it is really an egalitarian book—just not by that name.

The third trend is that egalitarians are increasingly pointing to the scourge of domestic abuse to argue against the biblical teaching about a husband’s headship and the voluntary submission of a wife to her husband (Eph 5:21-33).  The claim is that this teaching leads to (or justifies) such abuse.

Let me be clear. There is nothing biblical, Christian or complementarian about a husband exercising his headship through domination or threats or abuse or violence. There is also nothing in Scripture that requires a wife to submit to any form of abuse or neglect. In fact, there are good reasons why she should not, including that it is a denial of the fact that all people are made in God’s image, and so deserve to be treated with equal dignity and equal respect. We can be thankful to God for greater community awareness of domestic abuse and that our civil authorities are able to support women who find themselves in such situations.

The disturbing reality is that some men do weaponise and distort Scripture to terrorise their wives. But the problem is in the wickedness of the human heart not in Scripture. There are also parents who use the cover of Scripture to do the same with their children, and pastors who do the same with their flocks. In those situations, too, we realise that these evils come from the human heart, not from the relational patterns set out for us in God’s word.

The existence of domestic abuse in some self-identifying ‘complementarian’ marriages does not vindicate the egalitarian viewpoint—especially since, tragically, abuse is also present in some ‘egalitarian’ marriages. In neither case does correlation prove causation. Besides, the drivers of domestic abuse are complex and unlikely to be a single cause.

Nevertheless, while we can reject the reasoning behind this egalitarian argument, it’s still a helpful reminder to those of us who hold to a complementarian view to be diligent in teaching and modelling the equal dignity, worth and purpose of women and men, and in opposing all forms of gendered oppression, and advancing the cause of all those who are vulnerable and abused.

According to the Scriptures: The Death of Christ in the Old Testament and the New, David Allen

But let me end on a happier note! One of the highlights of my summer holiday last year was reading David Allen’s According to the Scriptures: The Death of Christ in the Old Testament and the New (London: SCM, 2018). There was so much that was new (to me), and insightful and profound that I kept interrupting my husband Rob’s own reading so I could read him excerpts! 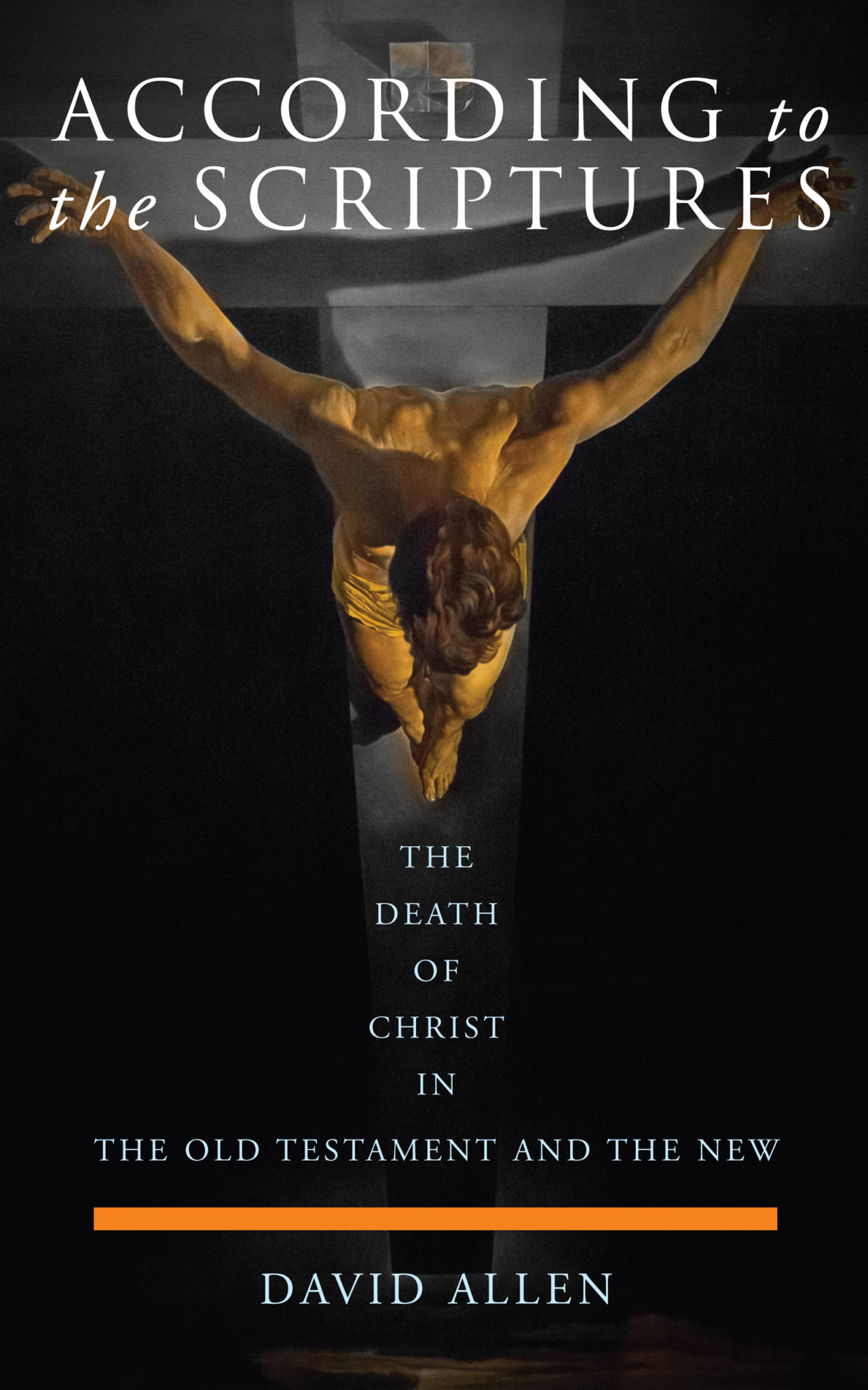 Allen shows that there is just so much more that the NT writers do with the OT to bring out different aspects of Jesus’ death, and to develop their own theologies of the cross.

The book is a detailed study of the way each of the New Testament writers “utilized the Jewish Scriptures in order to describe, articulate and evaluate the death of Jesus” (2)—both how and why it happened, and its meaning. Allen explains that instead of watering down the offence or scandal of the cross, as the early Church might have done, instead it embraced the ‘problem’ of a crucified Messiah, because,

… if it could be shown that the Scriptures testified to Christ’s death, if, through them, the crucifixion could be seen to be part of the divinely instituted plan and testifying to God’s will, then the horrific, problematic event could be vindicated and approved, however shockingly so. (11).

For many of us, when we think of Old Testament texts in relation to Jesus’ death our minds go to Isaiah 53. Fair enough! But Allen shows that there is just so much more that the NT writers do with the OT to bring out different aspects of Jesus’ death, and to develop their own theologies of the cross.

It’s the sort of book that would enrich any preacher’s preparation as a complement to commentaries, but it’s also just a stimulating read. I was particularly struck by the way that Mark’s Gospel uses the OT to develop the theme of abandonment so evident in Jesus’ desertion by his friends, and followers, and in his cry from the cross, “My God, my God, why have you forsaken me?” (Mark 15:34, cf. Ps. 22:1). In Allen’s words, “scriptural citation and fulfilment are not just ‘extras’ or by-products of Mark’s portrayal of Jesus’ death; rather they get to the very heart of the Passion account and determine its very shape and character” (34). Seeing how that was so gave even more poignancy to Mark’s Passion account and gave me even greater wonder at the cross of Christ.

[1] See Claire’s Themelios review of Aimee Byrd’s Recovering from Biblical Manhood and Womanhood here, her review of Kevin Giles’ The Headship of Men and the Abuse of Women: Are They Related in Any Way? here., and her review of Andrew Bartlett’s Men and Women in Christ: Fresh Light from the Biblical Texts here.

Claire Smith is married to Rob, and attends St Andrew’s Anglican Cathedral Sydney. They have a married son. She is a women’s Bible teacher, and the author of God’s Good Design: What the Bible really says about Men and Women (Matthias Media, 2012), and contributor to the ESV Women’s Devotional Bible (Crossway, 2014) and Word-filled Women’s Ministry: Loving and Serving the Church (eds. Gloria Furman and Kathleen Nielson, Crossway, 2015). Claire serves on TGCA editorial panel, working to develop women writers and content.