You may never have heard of Amy Oxley Wilkinson (1868–1949), although it’s possible you know of her great grandfather, Rowland Hassall—one of the first missionaries to come to Australia after fleeing trouble in Tahiti—or his son Thomas, who started the first Sunday School in Australia at Parramatta in 1813, and went on to be an Anglican minister in the rural south of Sydney, who earned himself the moniker ‘the galloping parson’ for visiting his far-flung flock on horseback.

If not them, you will surely know of the Rev. Samuel Marsden, chaplain, missionary and farmer, whose eldest daughter Anne married Thomas. Amy was their granddaughter, the eighth child of John Norton Oxley and Harriet Jane Hassall.

In December 1895, just months after her future missionary colleagues in Kucheng were martyred—including young children and two single women, like herself—Amy became the first candidate of the New South Wales Church Missionary Association ever sent to China.

She had trained as a teacher and nurse in Sydney, and in China used her medical skills to care for the sick, and her teaching skills in a school for women, and founded a school for blind boys, and pioneered the teaching model used there. 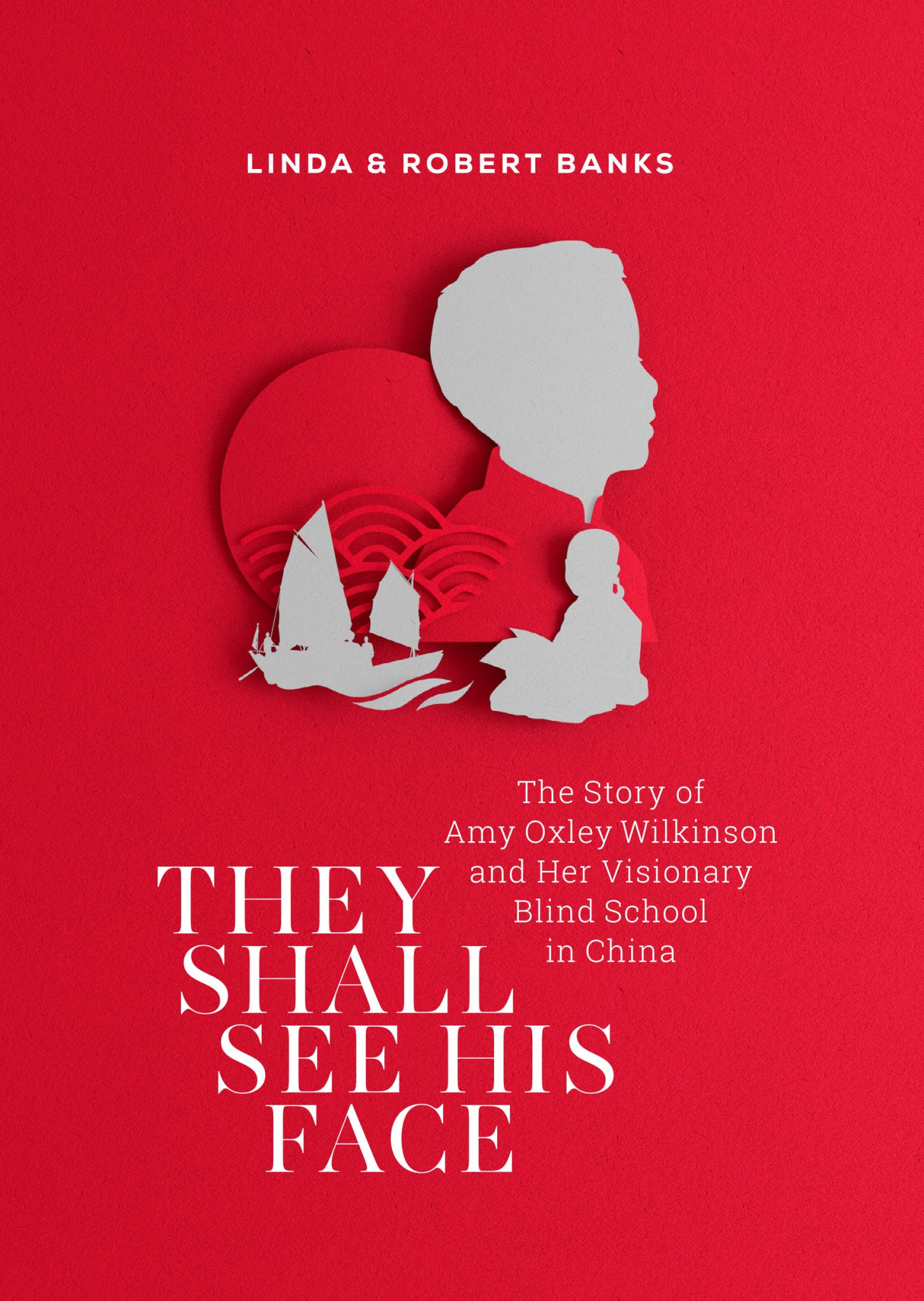 They Shall See His Face

They Shall See His Face

Order of the Golden Grain

Later, she married George Wilkinson, an English doctor also in China, and although as a married woman she had to resign her position as a missionary, she continued to work alongside George in his hospital, and laboured for the education of the blind in China. The Chinese Government even recognising her contributions, awarding her the ‘Order of the Golden Grain’ in 1920.

While they spent their final years in England, she and George had a life-long interest and love of China, and the progress of the gospel there. The Bible-shaped headstones of their adjacent graves, record Amy as the Founder of the CMS Blind Boys School, and George as the Founder of Foochow Mission Hospital.

Linda and Robert Banks have written a biography of her life: They Shall See His Face: The Story of Amy Oxley Wilkinson and her visionary Blind School in China (Sydney: Acorn Press, 2018). The title is a reference to an inscription at the entrance to the Blind School (cf. Rev. 22:4).[1] This very readable and well researched book repays reading at several levels.

First, there is the history: the history of Sydney in the 1800s, including details of Christian ministry at that time, and at churches known to many of us now—St Barnabas Broadway, and St John’s Parramatta in Sydney, St Mary’s Caulfield in Melbourne. Who would have thought, for instance, that in the late 1880s there were Chinese churches in Sydney, and that a Chinese evangelist was ordained at St Andrew’s Cathedral in 1885?[2]

There are details about how the life expectations of people with impaired vision in China have improved, and the commitment and innovation of those like Amy, in educating blind boys and equipping them for independent living, the international conferences that have sought to address these needs, and the translation and production of texts in Braille.

There are lessons on the social and political history of China and Christian witness there, and accounts of missionaries and Chinese nationals who lost their lives for their faith.

There are also accounts of the evangelical and missionary movements of the time, and a wealth of personal letters and newspaper reports that are cited throughout the book to give rich insights into the lives and faith of Amy, her family, and her contemporaries.

Second, there is the fact that Amy is a woman. Many, if not most, biographies focus on the lives of men. While this may reflect the bias of biographers, more probably it is because the shape of women’s lives—whether single or married—often prevented them from doing the sorts of things that create historical records or change the course of history. But here is Amy, a single woman, committed to serving on the mission field, unperturbed by the dangers and uncertainties, and encouraged and supported to pursue this path by her family, and in particular, by her female relatives.

Third, there is the first-hand account of missionary life. The book makes good use of Amy’s many letters and accounts of life on the field, and I was struck by the way her experience resonated with what I know of missionary-life from friends today.

She delighted in getting letters from home. She had difficulties learning the language. She had furloughs in Australia and England, with deputation visits to supporting churches, complete with ‘Chinese dress’, and exhibits of Chinese curios and photographs. She was concerned about how her absence on furloughs would affect the progress of the work at the Blind School. As a family they experienced the pain of separation, as the two children remained in England for schooling, and later George and Amy made the decision to leave China for good because of the children’s needs. There was a heart-connection and interest in China, and especially Christian work there, that lasted the rest of their lives.

Much that is familiar, but there’s difference too: missionaries today could only dream of the successes of their work being reported in secular newspapers!

At its heart, this is a book about God’s love and sovereignty, and the priority of evangelism. Gospel proclamation was never far from Amy’s purpose

Fourth, there is great encouragement for faith. At its heart, this is a book about God’s love and sovereignty, and the priority of evangelism. I particularly appreciated the way that gospel proclamation was never far from Amy’s purpose or got eclipsed by the important work she and George were doing in the schools or hospital. They faithfully held the two together. Two examples will suffice:

Soon after her arrival in China, after watching a woman go through ‘Heathen’ rituals and weep beside a grave, Amy wrote: ‘I knew not how much sorrow really filled her heart, but I know this that I just longed to go and tell her of the Saviour’.[3]

Years later, touring with the Blind School band, she describes the stunning scenery they passed on the river boat:

I see all these lovely things, but my band boys are blind; not one thing can they see. But there is never a word of complaint; they talk and sing and joke and tell stories. Why? Because they can say: ‘I am so glad that Jesus loves me, even me!’[4]

Claire Smith is married to Rob, and attends St Andrew’s Anglican Cathedral Sydney. They have a married son. She is a women’s Bible teacher, and the author of God’s Good Design: What the Bible really says about Men and Women (Matthias Media, 2nd ed. 2019), and contributor to the ESV Women’s Devotional Bible (Crossway, 2014) and Word-filled Women’s Ministry: Loving and Serving the Church (eds. Gloria Furman and Kathleen Nielson, Crossway, 2015). Claire serves on TGCA editorial panel, working to develop women writers and content.