This is the third of a miniseries from Andrew Moody & Mark Baddeley, responding to the current debate on trinitarian relations. See part 1 and part 2.

In this post, I want to offer seven reflections on the current debate on the legitimacy or otherwise of speaking of the eternal begetting of the Son and an eternal obedience of the Son to the Father. The reflections are fairly broad-ranging and lengthy, but they are an attempt to try and say something positive about why we should consider such language beyond just considerations as to whether or not such language is permissible.

Notions of the obedience of the Son to the Father outside of the economy are secondary factors in how one construes the Trinity. Although I think Athanasius and Basil of Caesarea see Scripture using such language to illuminate the immanent Trinity and not just the relationships in the incarnation, one can, I think, dissent from them on this point and remain orthodox. What you cannot do is make notions of obedience and authority do the heavy lifting for the immanent relationships. The doctrine that is meant to do that work is the idea of begetting and spiration. 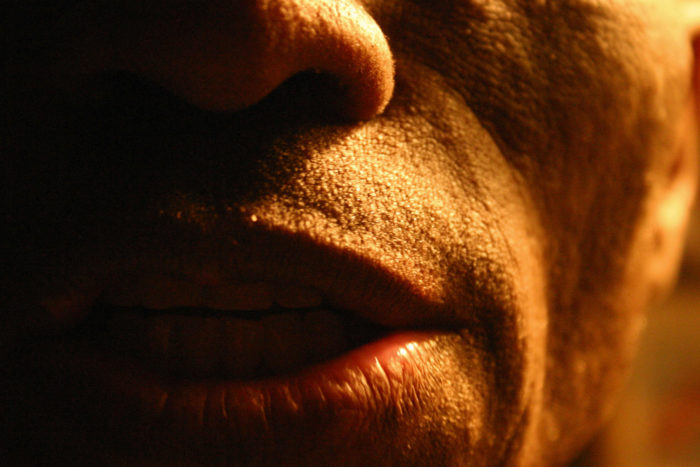 Second, in Trinitarian discussions, the words used are much less important than the realities people are trying to point to by their use of words. Homoousios was seen as heretical by one council, now it’s seen as the touchstone of orthodoxy. Nicea condemned the suggestion of “three hypostases,” but that’s the very term that Chalcedon used to distinguish the persons from the essence. We are speaking of One who is beyond our language. Sometimes two groups might use the same words and mean different things – or vice versa. So we need to listen, ask questions and think carefully about what is being meant, not just what is being said.

Third, As an example of the above, Basil of Caesarea fairly clearly uses submission, obedience and command type language to speak of the eternal relationship between the Father and the Son. But he understands this in light of God’s unity. Writing of the Son he says:

When then He says, “I have not spoken of myself,” and again, “As the Father said unto me, so I speak,” and “The word which ye hear is not mine, but [the Father’s] which sent me,” and in another place, “As the Father gave me commandment, even so I do,” it is not because He lacks deliberate purpose or power of initiation, nor yet because He has to wait for the preconcerted key-note, that he employs language of this kind.  His object is to make it plain that His own will is connected in indissoluble union with the Father.  Do not then let us understand by what is called a “commandment” a peremptory mandate delivered by organs of speech, and giving orders to the Son, as to a subordinate, concerning what He ought to do.  Let us rather, in a sense befitting the Godhead, perceive a transmission of will, like the reflexion of an object in a mirror, passing without note of time from Father to Son.  “For the Father loveth the Son and sheweth him all things,” so that “all things that the Father hath” belong to the Son, not gradually accruing to Him little by little, but with Him all together and at once.
(On the Holy Spirit, 8,17)

Notice that Basil is referring to events from the earthly life of Christ, but he clearly believes that they reveal something of the immanent relationship between Father and Son. The Father’s commanding and the Son’s obedience are true eternally.

Yet Basil’s explanation shows that this is a different authority and obedience from ours. The Father doesn’t give orders to the Son as though to a subordinate. The Father’s begetting of the Son means there is only one will in the Godhead: it is first in the Father, and then immediately in the Son “like the reflexion of an object in a mirror, passing without note of time from Father to Son.” The Scriptural language of command and obedience is translated into a procession of will.

Fourth, Basil’s way of thinking cautions us not to be too quick to assume that we understand the words that Scripture uses. The analogy between humanity and God is quite weak.

This warning is also true for those who jump to reject certain words too. When people simply dismiss ideas of eternal command or obedience because such notions must involve two wills or violate divine unity, they’re moving too quickly. The same kind of reasoning would say that there can’t be three persons because that would mean three essences. Or it would force us to choose between a God who is unchanging and a God who grieves or feels wrath. The problem in each case is assuming that God’s reality is the same as ours – just bigger.

But if we follow that route, then it will prevent us talking about even the love of the Father for the Son. Our experience of love, no less than our experience of authority and submission, involves the meeting of two or more wills. Love, authority, and obedience are all incompatible with divine unity if they are to be understood to mean the same as they mean for us. All of these words need to be understood analogously. We can see Basil making the same link in the quote for he includes the Father’s love for the Son with his collection of Scriptures on the Son’s obedience to the Father.

Fifth, if we are going to say that to say that the Son’s obedience to the Father contradicts the equality of the Son with the Father then it will also create problems with the incarnation. If the Son’s submission there is completely at odds with his equality, then he is permanently unequal, because he is permanently human. Appealing to the extra Calvinisticum to resolve this is potentially placing a greater burden on it than it can reasonably be expected to support. In rejecting an eternal submission out of concern for the eternal Son’s equality to the Father, we raise the prospect of an everlasting submission that is explicitly about the Son being inferior to the Father. I’m not sure that trade is felicitous.

Sixth, if what we see of the Lord Jesus Christ—his obedience to the Father, his dependence on the Father, his orientation to the Father, his praying to the Father, in no way at all speaks of his Sonship and the nature of the Father-Son relationship, but only reflects his genuine humanity, then our adopted sonship is disconnected from his. One possibility is that our obedience and dependence are nothing more than expressions of our creaturely natures. They are relationships of a creature to its Creator, of a subject to his Governor. They are not relationships of a child to a father. The other possibility is that they are expressions of our sonship but not of Christ’s Sonship. At this rate, the fact that both we and Jesus are called sons is purely coincidental. My adoption does not arise out of my union with the Son. The fact that God is my Father is coincidental with the fact that he is the Father. There is very little connection between my knowledge and relationship with God in the gospel and who God is in eternity. The Trinity ceases to supply the grammar of the gospel.

Seventh, Jesus claims in Jn 14:9 that the one who has seen him has seen the Father. Yet, if what we see of Jesus Christ is him being the Mediator, and being the Mediator is nothing more than a role that he had to condescend to take up and in which he functions as inferior to his eternal equality with the Father, then he cannot reveal the Father, or even himself as the true Son of God. In that case, what we see of the Lord Jesus Christ in the gospel is at odds with who he really is. We have to suspend our entire experience of Christ in the gospel and confess his ontological equality with the Father in the face of how he actually acts towards us. In the gospel we only ever experience Christ as God’s inferior – a Mediator who acts as less than fully God. Even the title ‘Lord’ speaks only his status of being in an office that is more than human but less than fully God, and is not a token of his eternal deity. Yet in our confession we claim that he is more than he reveals himself to be by his actions, though this is entirely hidden behind his work on earth.

So one option is that we hold that at points Christ does not act as Christ but as the Son, and so there are ways in the economy whereby his deity shows through because at those points he is not acting as the Mediator, which means that at those points we can see his deity in his actions, but it is a knowledge that is detached from the gospel.

The other option is to say that at all points our knowledge of Christ is a gospel-knowledge; it arises out his actions as the Mediator. This shows him acting as one who is more than human but less than fully God. He stands part-way between humanity and God. But alongside this is another truth about the Son – a reality, that never expresses itself in Christ’s actions, and which hides behind his actions as the Mediator. That truth is that he is really God and really the Father’s equal. Although the gospel shows Christ as inferior, our confession that the Son is truly God jumps over the gospel and seizes a knowledge of the heavenly reality that is not manifested in the economy.  The gospel catechizes us in an inferior Christ but we confess an equal Son. To put it baldly, Christ the man cannot even reveal the Son.

Athanasius and the Cappadocians, along with most of the early church Fathers, would argue that a knowledge of Christ which bypasses his earthly life is worthless. Operations reveal essences. We have no access to God’s essence – we can only know who he is immanently by what he does economically. Against the Gnostics, who spoke of a higher God behind the God of creation, the Fathers said that God is revealed by what he does. A God who is not the Creator is no God at all. Against the Arians, Athanasius insisted that Christ’s actions show him to be truly God because in saving us (as Mediator) he does what only God can do. Against the Pneumatomachi (those who rejected the Spirit’s divinity), the Cappadocians argued that the Spirit’s actions show his equality with the Father, for he does what only God can do.

In the same way, Christ’s actions as Mediator direct us towards an apprehension of his full equality. We find out who he is through his condescension, not in spite of it. The only way to know who he really is is as theologians of the cross, not theologians of glory.  It is not that the economy wrongly catechizes us to see the Son and Spirit as inferior to God and we have to ignore this to grasp their proper equality. Their equality is on display in all aspects through the economy, and we grasp their ontological equality through their economic actions for us and for our salvation.

For me, it’s not enough to say that eternal obedience is consistent with credal trinitarianism. The Patristic writings, which support the creeds, show us an understanding of Christ’s equality that arises out of his obedience, out of how he is towards us in the gospel. They reveal the Son’s equality with the Father through the gospel – not in spite of it. We have a lot to learn from them.