My greatest fear when I preach is that I will be boring. I want to be fresh and creative and compelling as I tell the gospel story. To speak in ways faithful to the text, and surprising and beautiful to the listener.

Reading stories helps me to be a better observer of human nature, and a more creative preacher. Spending time enjoying the creativity of someone else, even if their creativity is miles away from the gospel story, helps to keep my own imagination enlivened.

So, as usual, most of my reading in 2022 has been fiction. A few years ago I started a book club for some friends. We meet in a pub once a month. Almost all the non-theological books I read in 2022 were read in the company of these great men.

1. The Underground Railroad – Colson Whitehead
Set in America in the pre-Civil War era, this novel tells the story of Cora, a black slave who escapes her master. Pursued by a vicious slave hunter, she is moved towards freedom from state to state via a series of safe houses on the underground railroad. While the metaphoric “underground railroad” of the 1800’s consisted of a secret web of above ground routes and safe houses, in his novel, Whitehead creates a series of subterranean tunnels and railway tracks into which Cora and others descend as they flee their pursuers. It is an informative, troubling, and hopeful story.

2. Young Mungo – Douglas Stuart
This is Stuart’s second novel, following his wildly successful Shuggie Bain. They are different stories, but share the same air. Mungo is a protestant boy born into a harshly segregated housing estate in Glasgow. His mother is an alcoholic; his brother is the leader of the local Protestant gang; and his sister is failing as she desperately tries to escape her life. When Mungo falls in love with a Catholic boy, his family is appalled, and his mother sends him on a fishing trip with two men she barely knows in the hope they can help him. The horror which unfolds on that fishing trip is almost unutterable. Young Mungo is a challenging and heart-breaking story with some of the most difficult subject matter I have ever read (let the reader be warned). The grimness of streets in late 80’s Glasgow, and the violence and hatred of their inhabitants, are presented by Stuart in all their greyscale bleakness. If you enjoyed Shuggie, then I think you’ll find Young Mungo both more difficult, and more hopeful.

Spending time enjoying the creativity of someone else, even if their creativity is miles away from the gospel story, helps to keep my own imagination enlivened.

3. A Visit from the Goon Squad – Jennifer Egan
Like The Underground Railroad, here is a Pulitzer Prize-winning novel. It’s about growing old and becoming bitter; time (which in this story is known as “goon”) thuggishly ruins every good thing. The novel is a series of thirteen loosely connected chapters, with one central character, and a series of other characters who appear, disappear and then re-appear. This style of writing didn’t suit my brain, so I suspect a lot of the clever stuff Egan is said to have done in this book was all a bit lost on me. Plus, one chapter is a series of power point slides. I rest my case.

4. Stoner – John Williams
Superb. William Stoner is born into poverty on a farm in Missouri. While a young man, his family sends him to University to study agriculture, with a view to him returning to the farm. However, without telling his parents Stoner changes his course, and the direction of his life. What follows is the quiet account of an honourable academic who quietly and unobtrusively, and despite many sorrows and setbacks, stoically (I want to say heroically) gets on with his remarkably ordinary life.

5. The Old Man and the Sea – Ernest Hemingway
This book usually read by students, and is (like so many books I seem to have read this year) about men growing old. It is yet another Pulitzer Prize winner and I must admit when I finished it, I was underwhelmed. But as I have reflected on its story of Santiago—an old fisherman whose dreams are filled with images of youthful virility, and his present battle with a huge Marlin—I have come to love it.

1. Deeper: Real Change for Real Sinners – Dane Ortlund
Deeper follows Ortlund’s equally excellent Gentle and Lowly. I love the way Ortlund writes, and this book is a huge help to anyone (i.e. every Christian) who wants to grow in their Christlikeness. I read it by myself, I read it with others and I quoted it in sermons. More from you, please, Mr Ortlund. 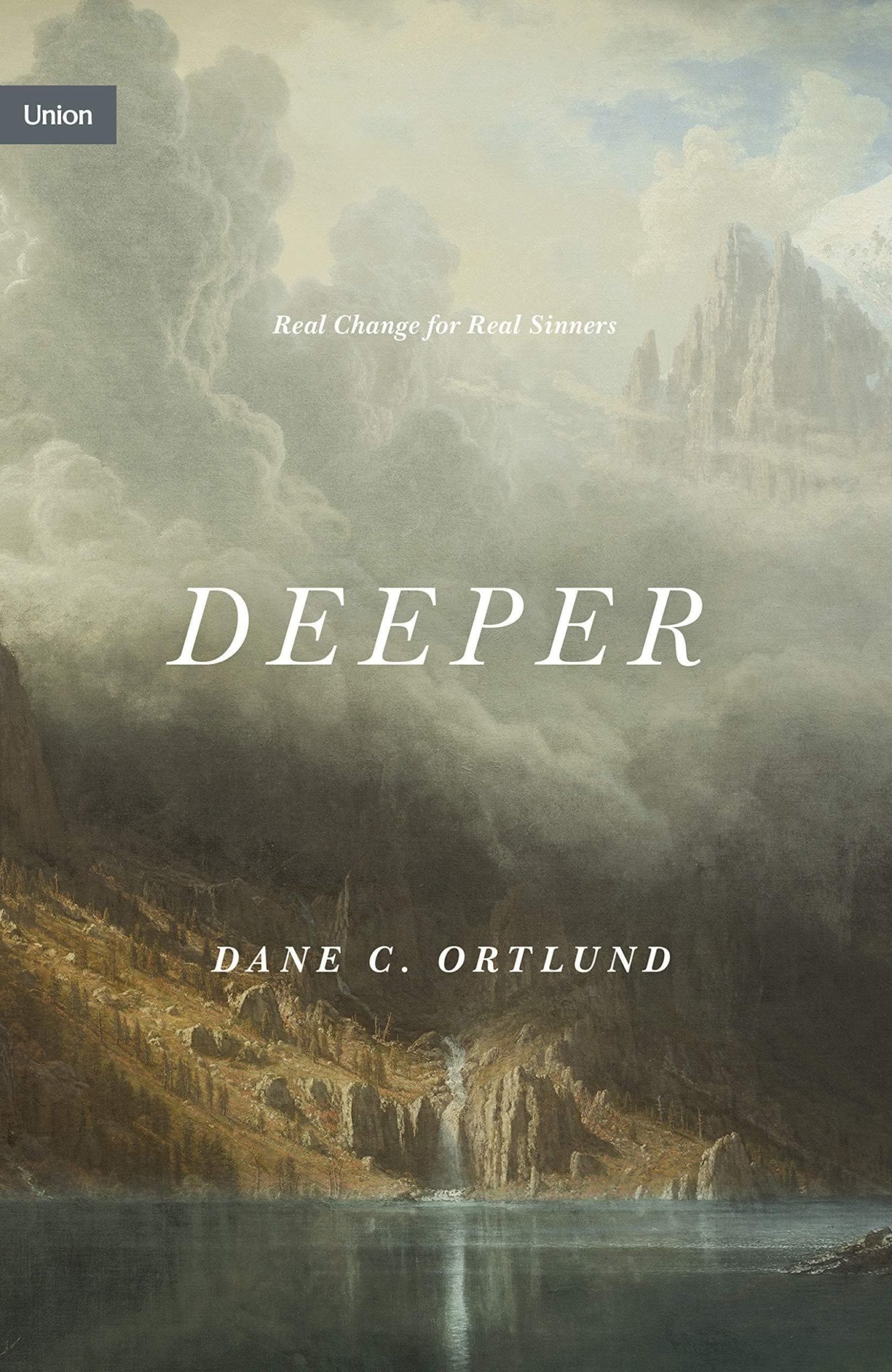 The Christian life is defined by growth. Few question the call of the Bible to grow in godliness, but the answer to exactly how this happens is often elusive.

In his newest book, Deeper, pastor and author Dane Ortlund takes Christians into the deep structures of biblical teaching on how they grow in grace—most fundamentally, by enjoying all that is already theirs in Christ.

2. Strange New World: How Thinkers and Activists Redefined Identity and Sparked Sexual Revolution – Carl R. Trueman
The condensed version of The Rise and Triumph of the Modern Self, this is Trueman’s attempt to describe “how we got here”—the present age of expressive individualism. I studied basic philosophy at University as an 18-year-old, but quickly moved on to other more understandable (to me) disciplines. Reading some chapters in The Rise and Triumph of the Modern Self took me back to those confusing days. I am pleased that in this book he has made things simpler than he did in his previous one.

3. Jesus Continued: Why the Spirit Inside you is Better than Jesus Beside You – J. D Greear
A huge help as I preached through a series on the person and work of the Holy Spirit in the book of Acts. Sometimes I get to the end of a preaching series and wonder how I could ever have made it without the help of a particular resource. This is one of those books.

4. Faith, Hope, and Carnage – Nick Cave and Sean O’Hagan
Faith, Hope, and Carnage is a long interview by Sean O’Hagan of the singer songwriter, Nick Cave. In some ways, Cave does in this book what C S Lewis did in A Grief Observed—he takes us into his inner world and lays out how he is reacting to a family member’s death. There are moments of great poignancy and deep sorrow in this book, just as there are in the lyrics to many of his songs. Cave consistently showers us with his gifts of carefully chosen and, at times, deeply restorative words. He is not a Christian, but speaks and sings from a place of spiritual yearning and is fascinated by the Bible and the life of Christ in particular. This, to me, makes the book a compelling read.