Shocked, but not surprised.

In the last few years, it has become commonplace for Christians to hear yet another Christian leader exposed for his abusive behaviour. We respond with shock but, sadly, little surprise.

Devastatingly, abuse isn’t limited to stories that make the headlines. Horrors quietly unfold in churches and Christian communities around the world—destroying people, families, and churches. It is in light of this Dr. Diane Langberg penned Redeeming Power: Understanding Authority and Abuse in the Church.

Uncovering the Horrors of Abuse

Langberg’s lifelong career in psychological care for abuse victims began accidentally, and at a time when abuse and trauma were not well understood. By making herself the student of her patients, Langberg learned to recognise the destructive effects of power abuse—discovering that PTSD is as evident in victims of sexual or physical abuse as it is in victims of war. 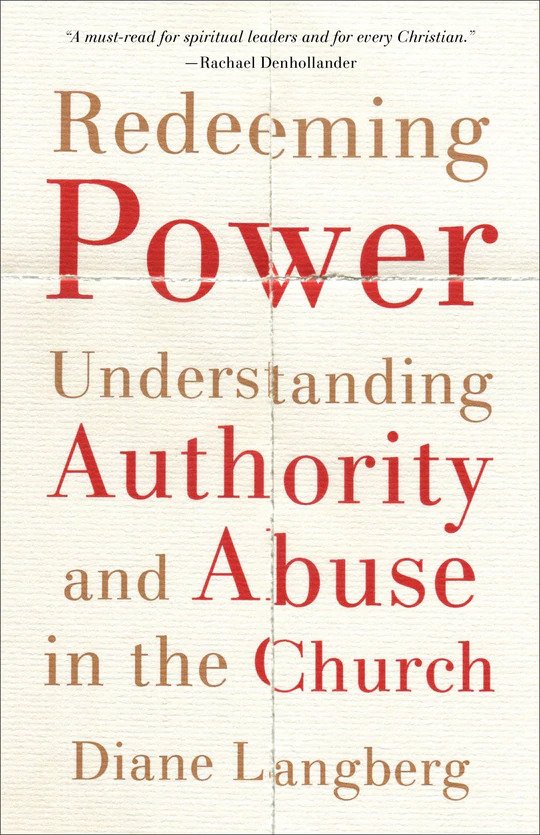 Redeeming Power: Understanding Authority and Abuse in the Church

Redeeming Power: Understanding Authority and Abuse in the Church

Power has a God-given role in human relationships and institutions, but it can lead to abuse when used in unhealthy ways. Speaking into current #metoo and #churchtoo conversations, this book shows that the body of Christ desperately needs to understand the forms power takes, how it is abused, and how to respond to abuses of power.

In time, her patients came to largely comprise people who had experienced abuse within churches where power structures protected the perpetrators and sacrificed the victims. Surprisingly, clergy members were often victims too: Husks of their former selves, they were broken by those who had weaponised their power and authority against them—like wolves in sheep’s clothing.

Abuse within the church? How can this be?

Some corners of Christendom today have, I fear, become less interested in truth and more interested in power. We have acquired fame, money, status, reputation, and little kingdoms. Yet at the same time, we are steeped in pornography, marriages are failing in large numbers, abuse is covered up, the next generation is turning away, and we tolerate leaders in our organisations and pulpits who feed off their sheep. (146)

Failing to Address the Problem

In Redeeming Power, Langberg carefully unpacks how it is that the Church could be riddled with abuse. She explains that most perpetrators do not set out in life to become an abuser. The journey to habitual abuse is surprisingly well greased with small lies and self-deception. All too often, deception is layered upon deception in an attempt to save face. Perhaps more alarming, we fail to recognise the abuse of others because we have excused our own wolf-like tendencies.

The reality is most perpetrators do not set out in life to become an abuser.

When abuse becomes tangled up in the reputation of the church or its leaders, truth and godliness seldom trump hypocrisy and sin. We claim righteous reasons. If this gets out, it will damage the gospel! It will cause people to dismiss the church and reject Jesus! People will leave! It will split the church! Board meetings of elders, council members, or pastoral staff are often long, anguished affairs with unsatisfactory conclusions that favour expediency over transparency. Abuse is downgraded to “poor management” with hollow promises of doing better.

Everyone loses. Victims are re-victimised—often left without support or care—and abusers lose the opportunity for a redemptive chance for change.

Redeeming Power in and through Jesus

In Redeeming Power, Langberg walks the reader through not only what it takes for churches to fall prey to abusive structures and behaviours, but also what it takes to redeem power structures for the good of the gospel and of the sheep.

Divided into three parts, Redeeming Power focuses first on defining power. In part two, Langberg unpacks the many ways power is abused within the church context. Finally, part three directs the reader to the redemptive power of the cross. In this section, Langberg explores the redemptive power and person of Christ and the healing power and body of Christ. It is a clarion call to all Christians to examine their hearts and seek to live like Jesus. Langberg notes that:

Jesus uses his power to protect, to expose, and to restore dignity. He calls his people to be in the world using our power under his authority, displaying his character by speaking truth, shedding light, and tending and protecting the vulnerable. (173)

Jesus uses his power to protect, to expose, and to restore dignity.

While the process is not easy and requires a firm commitment to truth, transparency, and the gospel, it is not surprising that the key to redeeming power within churches is found in Christ himself. We are to love Christ more than we love our systems. And in so doing, we are to emulate him and use the power he has given us—of authority, humility, love—to bless and not to curse.

This book is one of the most important works for a pastor, or anyone in a position of authority, to dwell on. Langberg’s work laying out the relationship between power and abuse and contrasting it with how power is exercised in the person and work of Christ is foundational for any leader or ministry desiring to reflect the gospel. This book is a must-read for spiritual leaders and for every Christian as we seek to exhort each other to righteousness and use redemptively whatever authority we have in our own spheres.

The subject of church abuse is often very difficult to understand fully. For many it takes further reading and reflection to come to a place where nagging concerns can be recognised as significant indicators of potential abuse. Redeeming Power is a good place to start.

You can hear more from Dr. Diane Langberg on episode 90 of The Lydia Project: Conversations with Christian Women as she shares her story of salvation and her work with abuse victims. Use code LYDIA15 to purchase Redeeming Power at a 15% discount from The Wandering Bookseller.

For further research, this document lists helpful resources. If you or someone you know in gospel ministry has been mistreated, abused, or unfairly dismissed, contact the team at The Gospel Workers Advocacy Group via their website or Facebook page.

Taryn Hayes co-hosts The Lydia Project: Conversations with Christian Women podcast with Tori Walker. Originally from Cape Town, South Africa, Taryn now lives in Brisbane and serves together with her husband, Craig, in their local church. In addition to homeschooling their younger children, Taryn enjoys writing when she can. She hopes to eventually write the sequel to her gospel-highlighting youth novel, Seekers of the Lost Boy (Naledi, 2013).